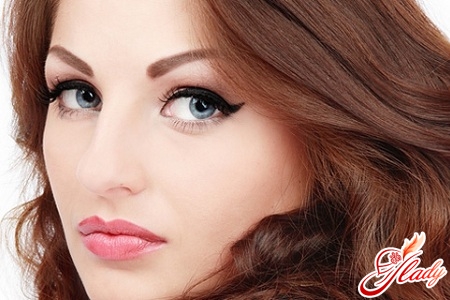 All women want to be beautiful. They buy stylish clothes, write down for a haircut, spend hours on high heels with an unflappable smile on their faces. But the main weapon is, of course, cosmetics. Do you remember as in the "Service Novel"? Every morning in the production began with the fact that the employees were going to be painted. But that was before. Modern leaders are unlikely to tolerate such behavior. Did you come to work? Be kind to perform their duties, and not rummage in the cosmetic bag during working hours. Yes, and women have become more serious about their work. They go to refresher courses, stay in the evenings. In a word, they make a career. Sometimes in such a race there is no time for careful daily make-up. More and more women are tinted in the car when they stand at a traffic light. It's like in a joke:

Laughter laughs, but this trend is becomingmore relevant in megacities. And if you do not have problems with lipstick, then you can not even make up your eyebrows evenly, because you do not just need to make the eyebrows symmetrical, but do not miss with the color and pressure of the pencil. Knowing this, many business women refuse to make-up, making a bet on naturalness. And some save eyebrow tattoo. By the way, this is the most fashionable procedure of the 21st century. It is understandable. Who of us does not want eternal beauty? Are you asleep? It is made up. Only woke up? All the same, you look good. This method saves even housewives who are used to pampering her husband in the morning, not only with a hot breakfast, but with a freshly painted face. Spent a couple of hours in the office beautician, and you can sleep every hour for an hour longer. Beauty! But is eyebrow tattoo so safe, as they say in beauty salons? And what unpleasant consequences can threaten a woman due to an unsuccessful procedure? Usually photo albums of cosmetologists are full of photos of happy women with renewed faces. But after all, there are some examples that are kept quiet. So what should you be ready for before you step into the beauty salon threshold? Let's see this in more detail? 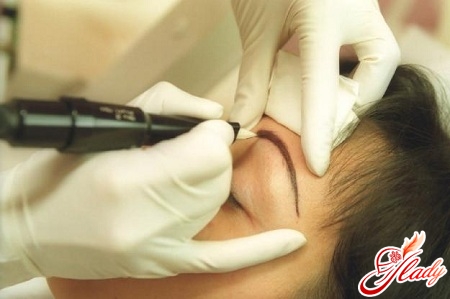 Eyebrow tattooing: the essence of the procedure

In order to assess all possible consequencesFirst of all, you need to understand what tattoo of eyebrows is. The procedure itself is called long and intricate: "micropigmentation." If to speak easier, the cosmetologist drives a paint under a skin by means of a special needle. The principle is the same as when stuffing a hair, but instead of a fat uncle and "Chanson" as an accompaniment - an obliging woman with a medical background and the sound of surf in a tape recorder (by the way, music in many salons can be ordered). Besides, from advantages - organic antiallergenic paints and a wide palette of colors. Of the disadvantages - painful procedure and the probability of unsuccessful selection of shade. The fact is that the tubes look different in tubes. Plus, the human factor works, and the cosmetologist can misunderstand the client's phrase "something darker than me". We must admit that the undesirable consequences end here and solid advantages begin. But, since we promised to help you not to get into trouble, we'll write down a list of mandatory conditions that must be met, so that eyebrow tattoo is successful and does not bring unpleasant surprises.

Any procedure has its own contraindications. Eyebrow tattooing is no exception. So, permanent make-up can not be done if you:

Is it worth adding that non-observance of these conditionssafety if not life, then, at least, health? Therefore, if you find yourself in the above list, but still want to do eyebrow tattoos, consult a doctor and warn about the disease of the beautician. And even better - buy a good eyebrow pencil and continue to make up the makeup in the car. The following list is not so categorical. And you can do tattooing eyebrows with these diseases, albeit with caution: 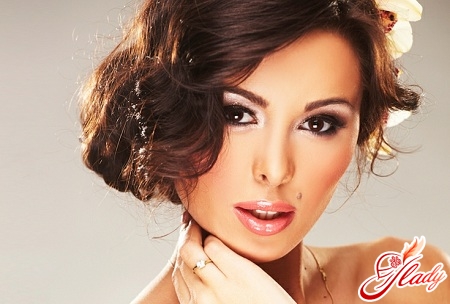 How not to turn eyebrow tattoo into a personal problem?

First of all, we want to say that everything is fixable. And if such a desired eyebrow tattoo turned you from an attractive woman to Marfushenka-darling from the fairy tale "Morozko", remember: any pigment can be removed. The truth for this will require a couple of procedures. By the way, if the color turned a little darker than you planned, do not panic. In the first week, tattooing eyebrows is difficult, because the body formed the so-called crust. Therefore, be patient. In the meantime, learn how to care for your new eyebrows so that they become pride for the next few years, and not just another reason for concern. So, remember, after tattooing the eyebrows is not recommended:

On the last point,in detail, because it is this fact that spoiled more than one eyebrow tattoo. Thousands of patients in impatience tore up the crust formed and let the work of the beautician go under the tail. And worst of all, women did not admit their mistake and came to complain to the beauty salon. And it's sad, as a few precautions could save both eyebrow tattoos and good relations with the beautician. But you are planning to undergo the procedure of permanent make-up the first time? Then remember a few tattoo commandments:

By the way, about the repeated tattoo of eyebrows or,as it is called in the cabin, correction. Many patients are wondering why re-execution is needed if their eyebrows look great. Especially a lot of disputes arise in the offices of those cosmetologists who take money for correction. Meanwhile, specialists in permanent make-up are absolutely right. And even if it seems to you that the tattoo of eyebrows looks perfect, the pigment may well lie unevenly, and in a couple of months there will be a gap in this skin area. The cosmetologist at a repeated examination sees all the inaccuracies of the tattoo and corrects them during correction. But the most important rule that should be taken into account before tattooing eyebrows is a competent selection of a specialist. It is not necessary to pursue the cheapness of the procedure, since permanent make-up should be done exclusively by a graduate. Do not be afraid to appear a hypocrite and ask for a certificate of training in the art of tattooing (in many salons cosmetologists hang all their diplomas on the wall). And best of all - talk to the clients of the master, look at the results of the work live. And then your eyebrow tattoo will be successful, and the daily make-up is shorter for a few minutes. By the way, if you do not want to paint at all, you can do tattoos of eyelids and lips. There is no limit to perfection.

Putting ourselves in order for holidays