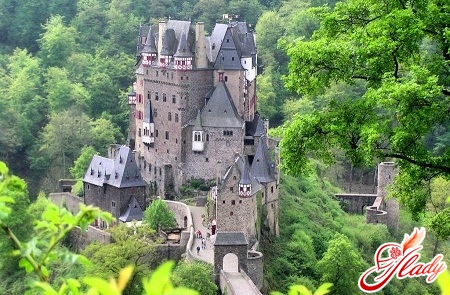 Scotland is an autonomous territoryGreat Britain, located in the north of the British Isles. In the past, this region was an independent kingdom with rich traditions and history. Currently, the sights of Scotland are enjoyed by tourists from different countries, as there are many medieval castles left here, and the picturesque nature conquers the hearts of romantics. Once this hilly country with a northern climate and brave inhabitants constantly fought with its neighbors - the English, who had repeatedly invaded Scotland. Knowingly the motto of the Scottish crown in Latin translates as "No one will touch me with impunity." And, as the history of the Scottish people shows, this motto has never been empty words. 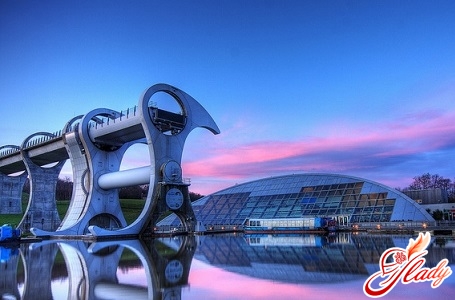 Among the most visited places is the Edinburghcastle, which is located in the center of the capital on the very top of Zamkova Mountain. It is an ancient palace with a thousand-year history, for many years it was the residence of the Scottish kings. Edinburgh Castle, which is visible for many kilometers from all directions, attracts a significant number of tourists every year. In the Royal treasury, located in the castle, the royal regalia of the former rulers of Scotland are preserved - a sword, a scepter and a golden crown, reminiscent of the former independence of this country. Here is the Museum of the Armed Forces of Scotland, in which you can see the glittering examples of medieval weapons. Not far from Edinburgh Castle, on the other end of Edinburgh's main street, called the Royal Mile, is such a landmark of Scotland as Holyrood Palace. This building is the official residence of the Queen of Great Britain, official receptions and state ceremonies are held here. In the palace you can see the exquisite old halls of the times of Scottish and British kings, the main decoration of Holidade is the private quarters of the Scottish queen Maria Stewart, in which are stored antique works of art, paintings and tapestries. By the way, in the Holyrood Palace there is a well-known art gallery, in which more than a hundred portraits of Scottish monarchs are exhibited. The castle of Sterling for its strategically important importance was named the key to Scotland. It is located on the top of the mountain, which is an extinct volcano, and it is called the most grandiose castle of this country. On three sides it is surrounded by steep cliffs, due to which its defensive power sharply increases. Here there were many battles and sieges, one of which lasted 4 months, until the last of the 30 soldiers who held the castle defense died. The Sterling Castle has a unique architecture, as it has been rebuilt many times over the centuries. Beautiful halls, medieval statues and ancient cannons are only a part of that magnificence that you can see here. Also tourists are happy to visit the regimental museum or walk along the fortress walls, from which a wonderful view of the hilly plain located nearby. 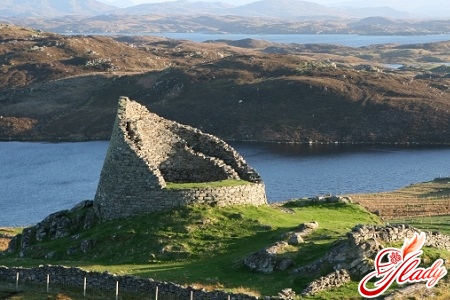 If we talk about the castle of Glamis, then no otherThe historical landmark of Scotland does not surround so many mysterious stories and legends. This castle is associated with mystical stories about monsters and ghosts, and one of the legends says that a Scottish Count played cards with the devil on his soul and lost. Glamis Castle is surrounded by parks and gardens, the area of ​​which is several square kilometers. Here is a real open-air museum in which trees from all over the world are collected. Exquisite halls and apartments of the castle, a small medieval chapel, a clock tower and other magnificent elements of the architectural ensemble give Glamis Castle a unique charm with a mystical touch. Of the religious monuments of antiquity, it is worth noting such a landmark as the Cathedral of St. Giles, which is also located in Edinburgh on the Royal Mile Street. This building, built in ancient times, has already been almost a thousand years. Inside the cathedral is the chapel of the Order of the Thistle, an ancient knightly order, founded several hundred years ago. Once a year the monarch arrives in Edinburgh specifically to hold in the chapel the rite of dedication of the new knights and the lady of this order. In the interior of the cathedral still preserved medieval decorations, including heraldic carvings, memorials and objects of religious content. St. Giles Cathedral, as before, is the current temple of the Scottish Presbyterian Church, so visitors have the opportunity to participate in the ongoing religious services here.

Scotland is also famous for its naturallandscapes. Such sights of Scotland as national parks "Cairngorms" and "Loch Lomond and Trossachs" have long been protected by the state. They attract tourists not only with their picturesque landscapes, but also with opportunities for active recreation, knowledge of Scottish history and culture, and peculiarities of life of the local population. Particular attention should be paid to the national reserves of Scotland, the area of ​​which is about 95 hectares. They are created specifically to protect the unique landscapes and rare species of plants, animals and birds that live in these territories. Nevertheless, these reserves are open to tourists, and everyone can get acquainted with the local flora and fauna by walking along pre-established routes. Also in Scotland there are protected natural areas, which include the coastal and mountainous areas, forests, rocks, lakes and three biosphere reserves, created to preserve in a pristine form unique ecosystems. Enumerating the sights of this region, one can not fail to mention the famous Loch Ness lake, famous not primarily for its natural features, but for the mythical Loch Ness monster supposedly inhabiting its depths. Direct evidence of existence on the lake bottom of a giant monster is not, so many believe that this legend is simply used by the owners of local hotels to attract tourists. But this does not prevent visitors from visiting these places with pleasure, plunging into the mysterious atmosphere of the ancient myth.

Attractions of Armenia are of great interest