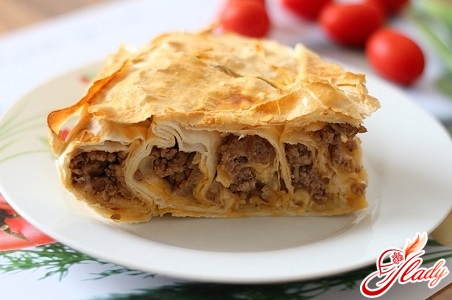 The recipe for pie with meat has a long history. Even in Roman times such pies were served on banquets sometimes with a live bird under the crust, which must have amazed unwary guests.

The history of the pie recipe with meat

In the XVI century, the English nobility restoredAn ancient pie recipe with meat. A fad soon swept the country, especially the Englishmen fell in love with a pie with deer meat. This delicacy is rare in any other country. Also during that time the British used a pie with meat of all kinds, including pork, lamb and game. During the reign of Elizabeth I, English cooks made a meat pie according to a special recipe, which included tiny chicken stuffed with gooseberry. Around the middle of the 16th century, one cookbook contained a recipe for a pie, in which five birds were filled into each other and wrapped in dough. This love for pies with meat soon spread to the New World. In the XIX century, the Americans came up with a recipe for a pie, which was prepared from birds robins. The settlers arriving in America took the pie recipe with them when they moved farther west. But in Russia, pie with meat could only afford very rich people. Since ancient times, the pie is considered a symbol of domesticity. In Russia, invented many kinds of pies: open, closed, half-open. Dough for them is also very diverse: yeast, puff, biscuit. No wonder there is a proverb: "The cottage is not red with corners, but is red with pies". So let's soon learn the recipes of the most delicious, ruddy, beloved pies! 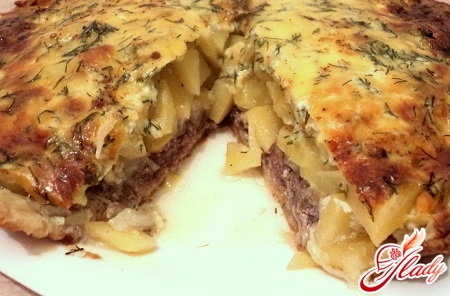 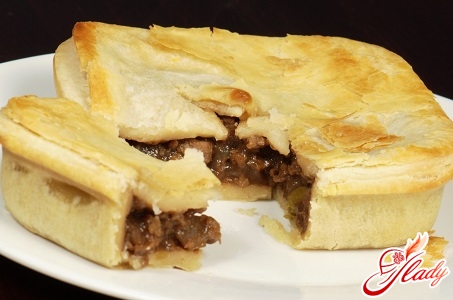 Recipe for a pie with potatoes and meat

The recipe for this fragrant homemade pie with beef and potatoes is ideal for a family meal. For filling: 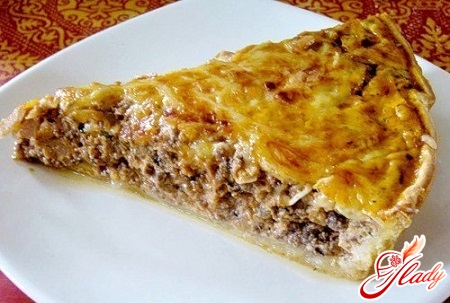 Tips for baking an ideal pie

Grated cake with apples: a recipe for an amazing dessert

Curd cake with apples: a recipe for a delicious dessert for the whole family

The most delicious pie with apples: recipe

Pie with apples on yogurt - simple and tasty

Pie with a manga and apples: surprise everyone with their skill!