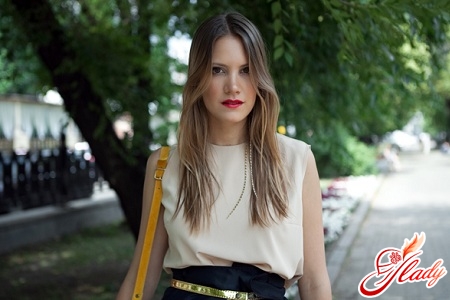 Kira Plastinina is a young Russian designer,a daughter of a wealthy businessman, a shareholder of Wimm-Bill-Dann. Even from a young age, the girl was fond of drawing, she was interested in the fashion world. She invented the models herself, thinking out all the details, starting from the style of the dress, choosing the fabric and ending with the finish. To fully realize and become a real pro Kira helped her father Sergei Arkadevich.

In 2006, Kira's father hired a teamprofessionals, whose task was to create a network of shops, where later they began to sell clothes designed by his daughter. Twelve months later the girl released her first collection, and the jury recognized her as the most promising young fashion designer in Russia. March 14 of the same year the doors of a monobrand boutique called Kira Plastinina were opened. The beginning of the future success was laid. Subsequently, Plastinins "captured" the largest shopping centers in Kazakhstan, Russia, Belarus, as well as Ukraine, Armenia and Azerbaijan. Specially hired people have developed for each boutique a single concept "Studio style", which includes image-maker services. Thanks to this, any buyer, when coming to the store, can get a qualified consultant's help in selecting a fashion image. According to information from Wikipedia, Sergey Plastinin spent about $ 35 million on brand development in Russia, as well as on the marketing company and on the establishment of the company's representative office in China, where the clothes are sewn. Approximately the same amount was invested in the promotion of the brand in the US, where twelve stores opened their doors, which, incidentally, were closed due to the crisis phenomena in the US economy. Now you can buy clothes Kira Plastinina in America, only residents of Los Angeles, where there are two boutiques. In January 2008, Cyrus was waiting for another success. Her first international debut as a designer took place - she presented her collection at the Roman Fashion Week AltaRomaAltaModa and received the award as the youngest talent. The next jump in the career is participation in the Milan shows. The audience saw Malibu models designed for the spring-summer season 2009. A year later Plastinina independently organized a show of her clothes in Milan, where she presented a collection called "Dreams about Africa". Efforts and abilities of the girl were appreciated - she was allowed to open a corner at Harrod's department store in London, and the Milan showroom In Style agreed to sell her models. To date, Kira is a member of the Haute Couture Association and pret-a-porter in Russia and a regular participant of the Moscow Fashion Week. Thanks to the huge funds invested in promotion of the brand, the world stars of show business come to meetings and shows with Plastinina. So, her office was visited by Britney Spears, and in the presentation of one of the collections was the model of Carly Kloss. For the role of the main heroine of Kira Plastinina's advertising, Georgia M. Jagger was invited, and the promotion action with Paris Hilton cost Kira's father $ 2 million. The young fashion designer combines his studies with the Moscow-based Anglo-American school with his work in the company of Sergei Plastinin. She became the official designer of the Russian project "Star Factory-7", where, according to media reports, she met her new boyfriend. They visited restaurants, appeared at official events, traveled together to rest abroad. However, the relationship between the pair at the moment is not known. 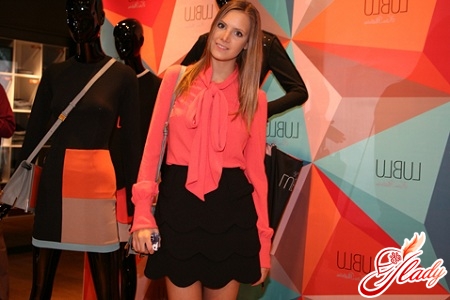 Kira Plastinina with the eyes of a designer

Only at the beginning of 2011 there were more120 boutiques under the brand Kira Plastinina all over the world: in Russia, the USA, Belarus, Italy, the Philippines, China and the UK. This clothing, according to the fashion designer himself, is a turbulent mix of a variety of styles - art, glamor, sports, city - and refers to the middle price segment (mass market), aimed at young, trendy and active girls from fifteen to twenty-five years. Kira's ideas are the basis of all models, that's why Plastinina sets the tone and mood for her collections. As the girl notes, she develops clothes "for herself," that is, she sews what she would like to wear herself. Only after she determines the idea and direction, a team of experienced specialists - cutters, designers - starts to create new models, while constantly consulting with Kira. Direct tailoring is made in Chinese factories, with which contracts were concluded in due time. And from there the collections come to the stores. Bright weightless dresses, elegant sarafans, T-shirts, T-shirts and tops, jeans of different styles, trimmed with rhinestones, long and short, lush and tight skirts - this and much more each fashionista can pick up in the boutique Kira Plastinina. Here, too, shoes, bags and various accessories are presented. The price policy is aimed at young people, so on average, things are around $ 30-40. According to Kira, she is first and foremost a fashion designer, and then a businesswoman. Therefore, the girl is engaged in the creative part, and her father is responsible for the issues of finance. "I started drawing early, collected sketches, translated them to fabrics and dressed my dolls. Now I sew such things, which I would like to wear most - original, bright, funny. In our boutiques every customer will find the goods for herself. Vintage skirts, stylish jackets, tight dresses are suitable for adherents of the classics, and mischievous girls can dress up in golden vests, leather jackets and denim overalls. In addition, in our stores we tried to create a holiday atmosphere. Tired after shopping, the girl will be able to relax on the couch or watch TV, read magazines, enjoy music, and if she needs advice or advice, then a specially trained salesperson will come to the rescue, "says Kira. Biography Plastinina is a fairy tale with a happy ending. Many consider her "father's daughter", which became successful only thanks to the money of her parents. Of course, this played a significant role: a team of professionals was collected on the father's funds, a marketing company was financed. However, the genuine talent of the fashion designer is felt in all of her models. In the near future the girls are studying at the London School of Design and Art and, of course, creating new collections. We advise you to read: