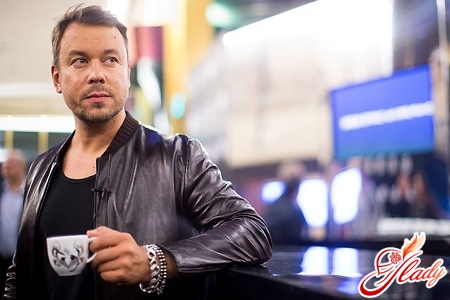 The name of the famous Russian designer IgorChapurin has long become a household name in the fashion world. Chapurin is famous in our country, he admires Europe, about the clothes under his brand women dream almost from all over the world. A talented person, he never stops at what has been achieved, stubbornly looking to the future and building grandiose plans. And now not only the clothing line, released under his name, pleases captious women of fashion, but also incredible beauty jewelry created by the design of the young genius. Igor Chapurin is not afraid to admit that his past is of little interest, because there is no return to him and will not be. He lives the present and the future, wishing to have time to touch the beauty in all its manifestations. In addition to the successes already achieved, Chapurin dreams of his perfume and creation of a knitted clothing line, but this seems to him little. He would be happy to show his creativity everywhere: in the design of bed linen, furniture - up to the interiors in the salons of cars and airplanes. And what is most interesting, Chapurin realizes his dreams with an enviable constancy. This creative soul simply needs space, and it is not by chance - the love of beauty in all its manifestations has been instilled in him since childhood.

The biography of the fashion designer is not very widely knownhis fans, because Chapurin can not stand the talk about the past. He appreciates the experience he received earlier, but does not want to look back. His life motto is "Not a step back, only forward!", And such a life principle helps him to reach the peaks, which others do not dream of. Despite this, his biography is not a special secret: a couple of times he still gave interviews to journalists about his childhood and the people who surrounded him many years ago. Chapurin was born in Velikiye Luki on March 21, 1968. All members of his family were very creative, gifted people. Igor's grandfather was one of the best specialists in flax processing in the Soviet Union, he managed the flax factory in Velikiye Luki until his retirement. It is not surprising that Igor Chapurin spent his childhood with beautiful, high-quality fabrics, he often observed the whole process of making them with his own eyes. His parents worked at a knitting factory, and almost every night a little Chapurin heard their heated debate about production, gradually learning a lot of details, subtleties, permeated with the spirit of this profession. After all, in the factory where his mother and father worked, there were absolutely all cycles of creating clothes - from the creation of fabrics, their colors, finishing with the sketch of models and their sewing. So the grain thrown by his entourage in childhood, has successfully germinated in his soul. Igor Chapurin very early understood what his future specialty was - he had whom to look at and who to learn from. Then there was the Vitebsk Technological Institute, where Chapurin was trained as a "designer of women's clothing". Already after the first course he got fame: he falls into the top ten fashion designers of the country and receives an invitation to Paris for a fashion contest organized by Nina Ricci. At that competition, Russian young designer and fashion designer Igor Chapurin won a deafening victory - he became the first among the recognized talents of many countries of the world. 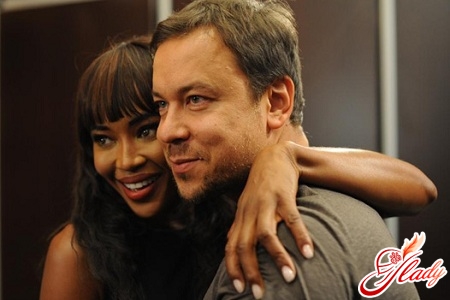 As soon as he returned from Paris, Chapurin begancreation of dresses for the competitions "Miss World", "Miss Universe", "Miss Russia". Most of the participants who took prizes, were dressed exactly in his outfits. And when in 1995 he shows his first collection, then immediately thirty suits were purchased by the organizers of the show "Miss Europe - 96". Later he developed the first women's clothing line of pret-a-porter de luxe class together with Princess Irene Golitskaya. Impressed with her cooperation with this outstanding talented woman, in 1998 he created the collection "Sevastopol, November 1920." and receives the highest award in the field of Russian fashion - the "Golden Mannequin". In the same year, the magazine "Harper Bazaar" awards him the "Style-98" prize. Then there will be successful shows in Germany and Switzerland, the national award "Ovation" and the beginning of work on the line of jewelry together with the famous American firm Vasily Konovalenko Art. And now the first boutique of women's fashion clothes from Igor Chapurin opens on Myasnitskaya Street. Later Chapurin began work on creating costumes for theater productions, feature films, and even ballet. He manages a lot, not forgetting to please the fans with exquisite, modern clothes. Soon Chapurin realizes his old dream: he presents in Milan and Moscow a line of furniture, light and parquet called "CHAPURINCASA". Igor Chapurin does not forget about children and sports: he creates a successful children's collection for mountain skiing, as well as costumes for the Athens Olympics for our famous gymnasts - Irina Chashina and Alina Kabaeva. Chapurin dresses many megapopular stars of domestic show business, however, you ask him about their names, he will find it difficult to answer. This amazing man to the strange is not vain, his only joy is to move forward and achieve new goals. But it is his clothes that are worn by the first ladies of our country - Svetlana Medvedeva and Lyudmila Putin. Who else from Russian designers can boast such a high-ranking clientele? Chapurina admires the fact that the speed of life of creative and business people is steadily rising, but they are following the chosen path calmly, without fuss, succeeding all at once. It is on these customers that the famous fashion designer is oriented, developing new clothing lines. He tries to combine things so that an elegant office suit in the evening could turn into a beautiful evening outfit that will allow its owner to spend the whole day in the same clothes. Being a Russian fashion designer, Chapurin does not like when others are looking for "Russian roots" in his clothes. Born in the outback, he is imbued with the spirit of primordially Russian creativity, but believes that the elements of his clothes do not need to be viewed from this angle. And if in his collection there were details created from straw, the only explanation for that is Chapurin's love for the original texture and color. After all, being unoriginal is so boring! Perhaps, there is no area of ​​creativity wherever the famous and famous fashion designer Igor Chapurin wanted to show his talent. Who knows, perhaps, in the near future, the galaxy's spaces will be dissected by spacecraft, whose interior design will be carefully worked out by this genius. After all, sometimes it seems that the terrestrial boundaries for this amazing person are too tight so that he can fully reveal his immense creative potential. We advise you to read: