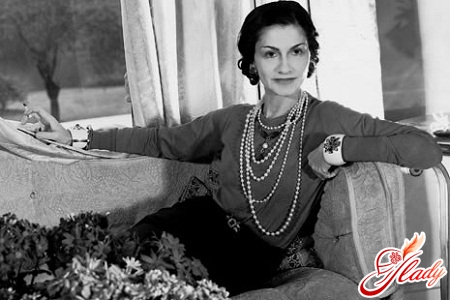 "I do not like people talking about fashionChanel. Chanel is primarily a style. Fashion goes out of fashion. Style - never ", Coco Chanel Almost for a hundred years of the brand Chanel has become a synonym for refinement and femininity. The logo of Chanel on the handbag or buttons of the jacket speaks for itself - you met a successful, independent woman - a woman in the style of Chanel. Coco saved the beautiful ladies from extra clothes. Carried out an audit in the men's wardrobe for the purpose of borrowing creative ideas, reshaped the men's suit and "gave" it to us, the women. She invented a bell-bell and introduced a short female haircut into fashion. She was the first in the world to produce artificial perfumes. Offering the legendary elegant suits-dresses and dresses instead of corsets, she won success with the Paris elite. Her famous little black dress allowed women to feel as mobile, free and alive as men. Tight corsets, ruffles, curvy hairstyles - all this was shackling women, and Coco Chanel just canceled it and created a completely different fashion, a new style ... In her life there were a lot of romance novels, but none of them ended with a wedding. Although, of course, she had made suggestions about marriage more than once. One day a well-known duke offered her a hand and a heart, to which Chanel replied: they say, the various duchesses around the pond are a dozen, and she is Coco Chanel alone. For her the meaning of life was her work. Here is what Salvador Dali said about her: "Coco Chanel told me that the legendary man is doomed to dissolve himself in myth - and thereby to strengthen the myth. She herself did so. I invented everything for myself - my family, my biography, my date of birth, and even my name. " 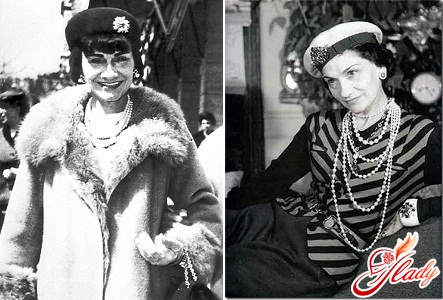 Biography Coco Chanel is full of mysteries and mysteries. Her childhood is not radiant: she was born in a hospice for the poor. It is believed that the date of her birth - August 20, 1883, but Koko liked to entangle biographers, calling a completely different date - ten years later. Her mother was the daughter of a rural carpenter, her father a market merchant. Despite the fact that she was the second child in the family, the marriage of the parents was not registered (which in those days was considered a very bad form). Her real name Gabriel, she received in honor of a nurse who took her during childbirth. At the age of eleven, little Gabrielle Chanel lost her mother - she died quite suddenly. After that, the father of the future icon of fashion immediately surrendered the children to an orphanage. Never again saw Gabrielle Chanel her father. Years at the orphanage are perhaps the most horrible and unsound memories in her life. That's why she simply crossed out several years of childhood from her life - as if they were not. But all the trials through which she had to go through, tempered her character and engendered in her heart a desperate dream - to break out of poverty and become something more than a persecuted orphan. 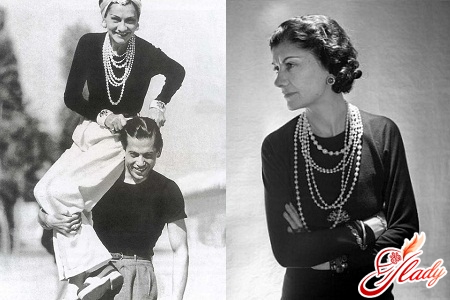 Becoming a young attractive woman, GabrielChanel got a job in a women's clothing store, and in the evenings she worked as a singer in a cabaret. Her favorite songs were "Qui qua vu Coco" and "Ko Ko Ri Ko", for which visitors called her Koko. So Gabrielle turned into Coco. But this was only the beginning of her transformation. Become a great singer Chanel was not destined, but it drew attention to a retired officer, to whom she moved to live in Paris. Life in a beautiful castle quickly bored Coco, and she announced to her lover that she dreams of becoming a milliner. However, at that time the milliner in Paris was full, so that the man began to persuade her of an ill-considered act. After a while she left him for a successful businessman, Arthur Capel. He became the love of her life. He approached her in everything: the same purposeful, strong-willed and creative person, like herself. Arthur, unlike the previous companion of Coco, was interested in her idea of ​​a career as a milliner. And now Coco Chanel opens his first store of women's clothing in Paris. 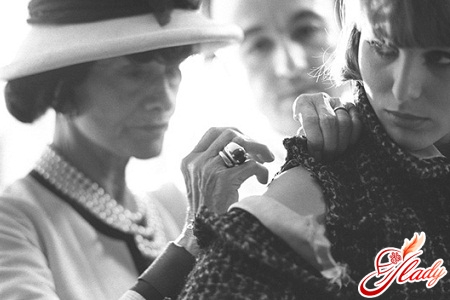 Coco Chanel: life as a creativity

Once Chanel decided to ride a horse. After suffering a few hours in a row in an uncomfortable dress, she decided that for riding they needed completely different clothes. Taking the pants from the jockey, she went to the atelier and asked me to make her the same. Surprise and indignation of the tailor did not have a limit: how so, men's clothes for a woman! However, Coco stubbornly repeated her order and retired. A few days later she met the shocked guests in a new outfit - wide, spacious trousers. Despite all the eccentricity of the clothes, many ladies agreed that in this form it is much more convenient to ride a horse. So in a jiffy Coco Chanel became a trendsetter. Simple shapes and clear lines that conceal flaws and emphasize the merits of the figure - this style instantly became a symbol of elegance. Much of what has become today's everyday wardrobe, was created by the great Chanel. Women's pants, checkered skirts, women's sailor, a handbag on a thin strap ... During the First World War, Coco already became known outside of France, every thing created by Chanel was the object of lust for any fashionista - be it a hat, a tracksuit or even work clothes. In 1921, the fragrance Chanel No. 5 comes out, it has become a favorite for millions of women of several generations around the world. By the way, if you did not know, then the bottle of the legendary aroma of Coco made it look like a shtof of Russian vodka. Where did the Russian theme come from French flavor? The thing is that at that time Koko ordered several fragrances for a Russian perfumer, a Frenchman by birth, Ernst Bo. From the presented beakers with fragrances, she chose her favorite number - the fifth one, which included more than 80 ingredients, and added a lily of the valley. So the spirits of Chanel No. 5 appeared, which are associated with well-being and wealth. 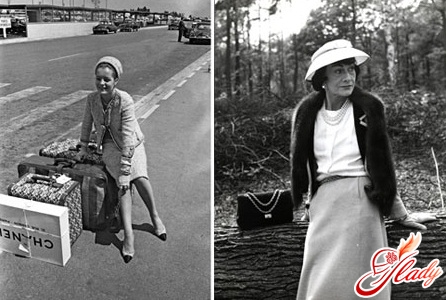 At about the same time, the belovedman Coco Chanel - Arthur Capel. Sitting on the side of the car, Koko burst into tears, and when she returned home she painted the walls of her house black. Surprisingly, this immediately became another fashion trend: the whole of France began to select the decor for the interior in black tones. A little later Coco Chanel invented her little black dress, which became literally a symbol of the era of emancipation of women. The criminals assured that by choosing black for their creation, Koko wanted the whole country to mourn over her lost love. Recognition of the "little black dress" by Vouge magazine, compliments from Harpeer's Bazaar magazine for the collection of accessories, Fashion Oscar as the best designer of the 20th century in 1957 is only the smallest part of all the awards of the Chanel fashion house. Coco Chanel is the only woman in the list of one hundred significant persons of the twentieth century, and the only representative of the fashion world. Chanel kept the chiseled shapes of his figure to the old age. The ideas of new outfits came to her even in a dream, and then she woke up and began to create. Mademoiselle Chanel passed away on January 10, 1971 at the age of eighty-eight years, in the luxury suite of the Ritz Hotel in Paris, which was located across from the world-famous Chanel House in the rue Cambon. She left behind a huge cultural heritage, in which today young designers are looking for inspiration. After Coco's death, the fashion house Chanel released the first collection of pret-a-porte and several fragrances. In 1983, the fashion house was headed by Karl Lagerfeld. With his vision of fashion and sense of style, without changing the ideals and principles of Chanel, he elevated the brand to a new level. Lagerfeld is responsible for the collection of pret-a-porte, haute couture and accessories. In 1984, the Chanel fashion house released the Coco Mademoiselle fragrance in honor of its founder, and in 1987 the first watch collection appeared. Lagerfeld also developed a collection of Chanel glasses. Today, Chanel boutiques dress women all over the world. We advise you to read: