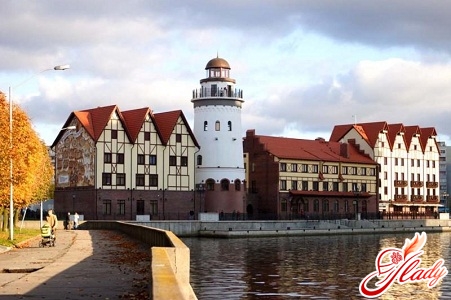 At all it would not be desirable, telling about such city,use classic journalistic templates. After all, the city and the whole region has a rich, eventful history and a difficult fate. The westernmost region and the regional center of the Russian Federation almost never stood apart from political, economic, cultural and scientific events that shook Europe for centuries.

Describing Kaliningrad, the sightswhich is not inferior to any of the Baltic capitals, first of all it is necessary to tell a little about its history. Founded no later than the 4th century AD. A small but cozy town of Tuvangsta for about a thousand years remained one of the centers of the Prussian civilization. In those days, along with the Prussians, the ancestors of the present Poles, Byelorussians, Russians and Lithuanians coexisted peacefully in the city. The similar way of life, common interests, the proximity of pagan religions and intertribal marriages created an atmosphere of unity and well-being. Christian faith, slowly penetrating into all corners of Europe, could not break the balance. All this ended in the thirteenth century "thanks" to the knights of the Teutonic Order, who decided that the local population either prayed at all to those pagan gods, or did not too zealously profess Christianity. Since that time, the region and the city itself have become the mainstay of the militant German nation, and its population is assimilated and gradually forgets about its Baltic and Slavic roots. Knights of the Teutonic Order and German colonists, in place of Prussian Tuvangste, the castle of Koenigsberg and three urban settlements were erected: Altstadt, Löbenicht and Kneiphof. The preserved architectural ensembles of these three settlements, today the main Kaliningrad attractions. Relative independence of all three cities existed until 1724, when they were connected in a single city formation. Since then, the whole of East Prussia with its capital in Koenigsberg, could dictate its conditions to a significant part of Europe, alternately fighting with neighboring countries. The turning point in the history of the city was the mid-twentieth century, when the city and the region went under the jurisdiction of the USSR, as Germany's contribution for World War II and renamed Kaliningrad. 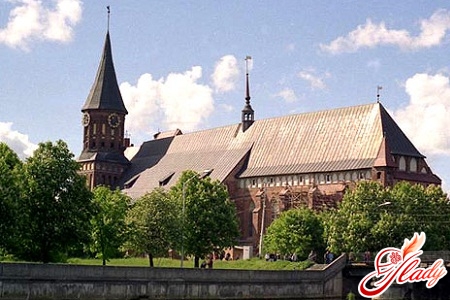 Famous natives of the city

Any resident of the city can objectivelyto assert that the main attraction of Kaliningrad is its natives. This circumstance allows the city to compete with European capitals for the right to be called the "smithy" of European science and government. Here were born: the Swedish Queen Maria Eleonora, the Prussian King Friedrich I, as well as the godson of Peter I, the Governor of Revel and Field Marshal General Peter August Friedrich and many other statesmen and public figures of Germany, Scandinavia, Russia and even Israel. As for scientists and naturalists, it is enough to mention Emmanuel Kant, who was born in 1724 in Knaiphof, now called "The Island of Kant". Besides him, the founder of German pharmaceutical chemistry Karl Gottfried Hagen and the German ophthalmologist Evgen von Hippel were born here. The Soviet period, in the history of the city, was marked by such famous people as cosmonaut Alexei Leonov, poet Robert Rozhdestvensky and singer Oleg Gazmanov.

The architectural appearance of the city is very badly damagedas a result of air raids by the Allies in 1944-45. The current architectural sights of Kaliningrad, this is a small part of what was here before the war. Restoration of many objects, continues to this day. And yet, the tourist who visited this city will surely like the queen of the memory of Queen Louise, the Koenigsberg House of Engineering and the main architectural landmark of Kaliningrad - the Cathedral. By the decision of the city administration, the restoration of the historical center was started using pre-war photographs, drawings and drawings. 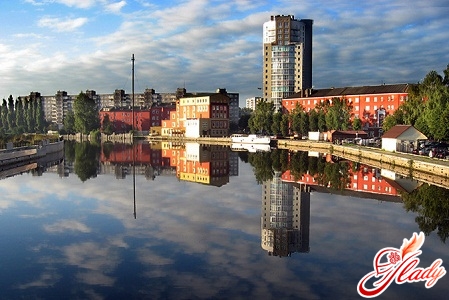 The river Pregolya divides the city into four parts. In this difficult situation, the inhabitants of Koenigsberg, in the old days, built many bridges that facilitated pedestrian, cartage and motor transportation. These bridges, well preserved today, also belong to the main sights of modern Kaliningrad. Particularly interesting is the Berlin Bridge, the Honey Bridge, the Wooden Bridge and a number of other included in the famous "Seven Bridges of Königsberg". To list the sights of Kaliningrad is a very long process. The best thing is to come and see everything with your own eyes. No stories and photos, do not replace the first-hand experience of the combination of Gothic architecture and the best examples of Soviet neoclassicism.

Sights of London: history and modernity

Tours in Italy in Milazzo