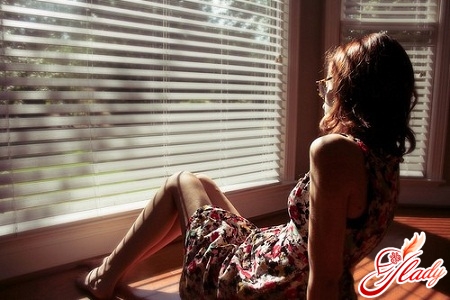 Undoubtedly, such an acquisition as plasticwindows, in many ways facilitates housekeeping. They look aesthetically pleasing, and the habitation is made more comfortable, and the heat is well preserved, and street noise is relieved. In a word, household care is much easier in many respects, and the house is more beautiful. But with the onset of cold weather, there is such an annoying trouble as misting windows. And our windows are not crying at all from the fact that manufacturers have scraped and made this product substandard, although such a reason is not excluded. The reason for the window "tears" is quite trite and most often easily removable. Let's find out why plastic windows sweat, and how to get rid of such trouble. So, why do plastic windows sweat? Look carefully at the misted-on window. What do you see? Typically, small droplets of moisture appear at the top of the window (on the edges they are more than in the center). These small drops combine into larger ones and fall down under their own weight. It's good, if they manage to dry out on the way, but often such "tearful" streams flow directly to the windowsill, leaving small (and not so small) puddles on it. As a result, we get not only a damp and cloudy window, but a wet window sill. Observant and picky mistresses noted that this process is uneven and fogging is manifested in different ways:

Despite such a different manifestation of window "tears", their nature is absolutely the same. It is clear that the windows themselves can not give out moisture. Then where does it come from?

It's all about physics.

We all know the school physics coursesuch a thing as condensate. This is the transition of water (which is contained in the air) from the gaseous state to the familiar and familiar for us liquid state. And the bitter tears of our plastic windows are nothing like this very condensation. And the reason for it - high humidity in the room and the difference in temperature outside the windows and in the house. The colder the glass in the window, the more likely that the vapor in the air will settle on its surface in the form of droplets of water. But if not all windows are fogged up and not always, then it is likely that the appearance of condensate causes quite harmless objects and not quite obvious reasons. What can provoke condensation on plastic windows? 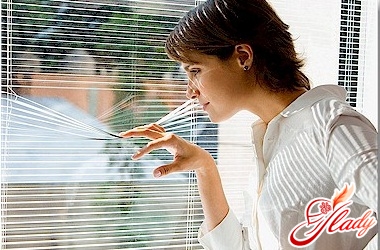 Indoor flowers on the windowsill. As you know, plants breathe and thus abundantly evolve moisture, which settles on the cold glass. As a result - misting windows. To eliminate this reason, it is sufficient to remove pots of flowers from the window sill. The battery is heated, covered with a window sill. The window sill above the battery can completely isolate the flow of warm air, which warms the glass. As a result, the window cools more and collects condensate. To ensure free air circulation, it is sufficient to reduce the width of the window sill or to place an additional heater closer to the window. Poor ventilation in the room. It can be caused by clogged ventilation grilles, which do not take moist air from the room. As a result, high humidity provokes the effect of crying windows. To eliminate it you need to clean the grilles from dust or replace them with new ones. It is also worth checking whether the ventilation itself is clogged. Insufficient ventilation of the room. Alas, such a seemingly useful quality of plastic windows as tightness, can also cause them to fog. High sealing increases the humidity of indoor air and as a result causes accumulation of condensate. To eliminate this cause, ventilate the room more often (3-4 times a day for 2 minutes).

Unintentional fruits of frugality and negligence

Single-chamber double-glazed windows, on which yousaved when buying windows. It is noticed that such packages collect condensate much more often than other, more warm double-glazed windows. There are two ways out. Additional window heating or replacement of double-glazed windows (not windows!). Errors in installation. The discontent of builders installing windows or slopes can lead to blows that unnecessarily cool the glass. By eliminating these errors (by closing the cracks), you can eliminate the effect of fogging. Winter window mode. If the hardware of your plastic window has the possibility of seasonal transfer (and you did not know about it or forgot), the window should be switched to winter mode. This will ensure greater thermal insulation of the window panes, and less chance of condensation. Manufacturing defect. This is the most unpleasant reason, because it is almost impossible to eliminate it without replacing the window itself. If all of the above tips did not help you deal with the problem of windows fogging, then, most likely, you purchased a low-quality product and can safely file a claim against the seller (the manufacturer). But first, after all, try to find out experimentally why the plastic windows sweat in your house in the winter. Maybe the reason is not so serious, and it's easy to eliminate? Try to start by simply ventilating the room more often. Perhaps this will be enough to make your windows look at the world with an unobscured look, and droplets of moisture on them would be just a drop of rain or melting snow.

How to choose a water heater

How to choose the iron correctly?

The kettle can decorate the kitchen!

Which gas stove should I buy?

How to clean the aquarium?