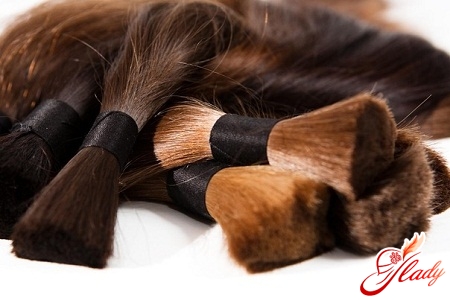 Luxury long hair has long ceased to beunattainable dream of young girls with short haircuts. Now they can simply grow in almost any beauty salon - there would be money and desire. The hair is in fashion, this procedure is done both by young girls and older women. There are many different methods with which you can attach natural long strands to your short hair. And they have been doing this procedure for the past ten years in almost every village in our vast homeland. There is only one question: where do they take hair to build up in such a huge amount? Indeed, the demand for hair extensions is very large - the prospect of not suffering with hair care, and getting a ready mane for a couple of hours is too attractive for most girls. They are not afraid of horror stories about the consequences of such a procedure for their own hair, because at all times beauty demanded victims, and always received them. Here and build up the girls strands of all colors and sizes, without thinking: where did this beauty hit them on the head?

Where does hair come from for building up: rumors

Each of us at least once, but saw ads onstops and walls of houses: "I'll buy my hair, it's expensive." Each of us understood that this is how wigs made of natural hair and material for building up (where else could they be from?) Appear on sale. But just wondering: are those who want to cut their thick, long hair much more than those who want to build the same hair? After all, the demand for embroidered strands is very high, and there is no shortage of hair in this case? There is a myriad of rumors on the net about where the hair comes from for building up. Here are the most popular of them:

Well, is it really so terrible, and that shockshiny golden hair, what's on your head, was produced in some monstrous way? Let's think together: are hair extensions so dangerous and how realistic are the above assumptions? And there can be a special difference between all these methods (except, except for the latter) and not? In the end, it does not matter at what conditions the former owner of hair parted with her locks - the main thing is that it should be legal. Agree that it is quite difficult to imagine a situation when women with luxurious hair are sent specially for grieving or into the house of mourning, so that beauty salons will have something to profit from! Take, at least, the prisoners: they are really shaved, but they do it not in prison, but in the SIZO immediately after the conviction. And believe me, the state power structure will never sell the hair of prisoners for money. And what about hospitals? Maybe, from there and take hair to build? The same is unlikely. Do you know that not all hair will be bought in the beauty salon? If the curls are dull, rare and lifeless, or seemingly reminiscent of the appearance of their own, then no hair grower will grow to them. We often cure our hair, so that they do not resemble the above-mentioned means for washing the body - let alone the poor women kept in psychiatric clinics. We dare to assume that their health is not so hot, and the hair does not resemble a smart head of advertising, suitable for building. So, rumors that such hospitals are the main suppliers of hair, and remain rumors. Well, terrible stories about the fact that most of the hair extensions - a native of the morgue, where they are cut off from the unfortunate dead beauties - is nothing more than an eerie fiction. Well, think for yourself, is the mortality among women whose hair is suitable for building is too high? After all, it is rather a rarity, when a young girl with a shock of gorgeous hair leaves her life. And who will allow such an act of vandalism against a deceased relative or girlfriend? So do not worry, your future hair will not bring you any grave horrors, and they are obtained in a completely banal and legal way (in other words, for money). 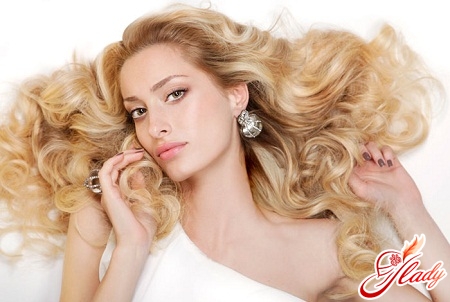 Can I "pick up" someone else's aura after hair extensions?

But even if the hair did not come from hospitals orplaces not so remote, the question arises: who wore them before, and do you risk your health - moral and physical? Who wants to put hair on the head with the aura of a sick or unhappy woman? In addition, on television every day there are broadcasts, where people with supernatural abilities tell horrible things about the auras of former owners of intangible objects. What can you say about hair? And here we hasten to reassure you: the idea that the hair was cut off from a certain young lady and immediately planted on your head is extremely untrue. Have you not noticed how your shiny strands shine in the sun? Try to cut off a couple of centimeters of your own hair and look at them after a week. Well, they shine and shine like new ones? Unfortunately no. And the hair extensions: they will be dull and lifeless until they go through an unimaginable cycle of processing! And such processing is an incredibly complex technological process, and it is Russia "ahead of the whole planet" in the quality of the material being stacked! Yes, yes, do not be surprised: both Europe and America are much inferior to us as ready-made strands. Such analogues of hair that our companies produce, in the world simply does not exist. All the samples that come to the beauty salons for building up, guarantee the clients full sterility and safety. So, what kind of treatment is required for hair extensions? There are several stages, and the first of them is 100% disinfection. Then the hair is dyed, washed several times and placed in a special chamber, where they dry at a temperature of about forty degrees. As the drying hair is sorted by its structure and subjected to mechanical processing (combing) - are passed through special kardy. Of course, after going through all these chemical and mechanical treatments, the cuticle of the hair is destroyed. In order to give the strands a shine and silkiness, the producers cover them with a silicone or silicon layer. And only after that, the hair is attached to the tracks (sewn on a special braid), or on the capsule - depending on the proposed method of building. Do you think that much of the aura remains from the former owner with such a "massive attack" on her hair? Disinfection, staining, temperature drying, mechanical treatment, silicone .... Do not doubt, after all these treatments and the spirit of someone else's aura will not remain. Give you this hair to any specialist, whether he is at least three times the winner of the "Battle of Psychics" - he will not be able to say anything significant about the former owner. After all, such hair is like new! 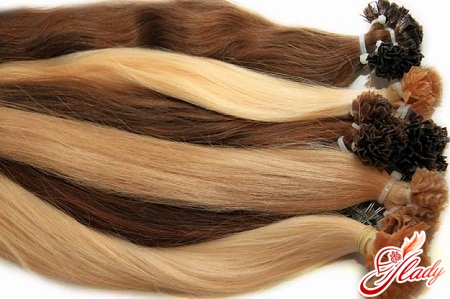 We hope that all your worries about the terriblesources of appearance of hair as a hand removed. They are really bought from girls in a completely voluntary and legal order. Despite this, the question of where the hair is taken to build up in such quantities remains open. It's no secret that in Asia and some Eastern European countries many families live below the poverty line. Sometimes beautiful long hair is the only decoration for girls and the only way to help your family financially. They specially carefully look after their curls, then to sell them more expensively. Moreover, they conclude special agreements with companies that are engaged in this particular business, and must maintain their "wealth" in excellent condition. As soon as the hair of these women reaches a certain length, the poor women shave their heads and receive a well-deserved fee. Then they return home and continue to grow their hair for the next sale. Of course, it is not so easy to grow long hair, therefore, oriental beauties pay special attention to hair care. The average length of hair on which the hair grows in a year is 12-15 centimeters, so with proper care, they can be sold every two years! Although not everything in this world is done for money: for example, in India there is a religious organization that accepts the hair of women as a gift - completely free. Be that as it may, Asian countries are not the only supplier of material for hair extensions. No, we do not get ringlets from Europe either, and all the stories about "European hair" are no more than an advertising ploy. Few people know that the type of hair of women in northern India is very similar to the European, it is from there that the cut curls go straight to Italy. And there, these hair is dyed and subjected to numerous treatments, after which they are delivered to us under the guise of "European". In fact, the most popular are "Slavic" strands, and they come to us from the former Soviet republics - Ukraine, Belarus, Moldova. After all, these locks, for the most part, are light, which means they perfectly match the structure of the hair of our compatriots. In addition, they are easily colored and can be grown more than once. Whatever it was, and most importantly in choosing hair for building up - do not make a mistake with the salon offering the service. All you need is a master with a good reputation, using quality hair that has gone through absolutely all the stages of processing. And then it does not matter where the hair comes from for building up - the main thing is that they are absolutely safe and will please you and others for a long time. We advise you to read:

The safest hair extension. How to make the procedure without harm?

Hair extensions by Italian technology: how to build hair better than "native"

How to choose the right haircut?

Masks for split hair: eliminate the causes from which the hair seksya

Hair on the clips: the salon will not go!