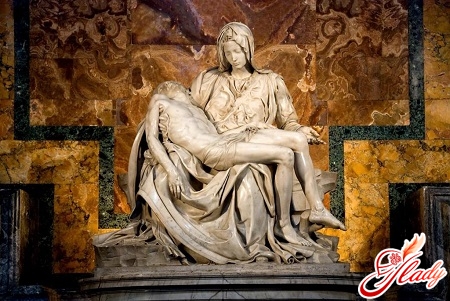 A wonderful place on Earth is the Vatican. The smallest ecclesiastical state in the state (the territorial part of Rome) that produces nothing, contains about a thousand people, mostly members of the papal administration with families, and is one of the pilgrimage centers of tourists from all over the world. Sights of the Vatican - the pearl that adorns humanity. Fine sculptures, palaces, gardens, a library created by geniuses of antiquity and the Renaissance, unsurpassed masters of Italian culture. The old saying "all roads lead to Rome" can be rightfully added: "And to the Vatican." 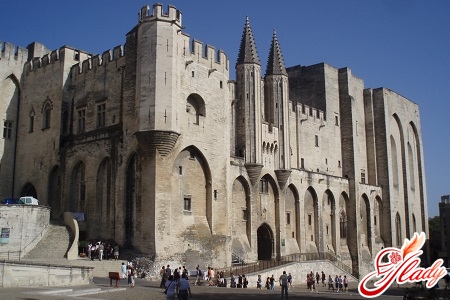 Welcome to the Vatican

The main attraction of the Vatican - the cathedralSt. Peter, whose relics are, according to legend, at the base of the foundation of the colossal architectural structure. Generations of the greatest masters of the Renaissance (Donato Bramante, Michelangelo Buanarotti, Rafael Santi, Giuliano da Sangallo) took part in the creation of this grand shrine of the Catholic world, carefully preserving the continuity of Christian meanings. The founder of the idea of ​​creating St. Peter's Basilica, Donato Bramante, took as a basis the design of this colossal church cross as a symbol of unshakable faith. 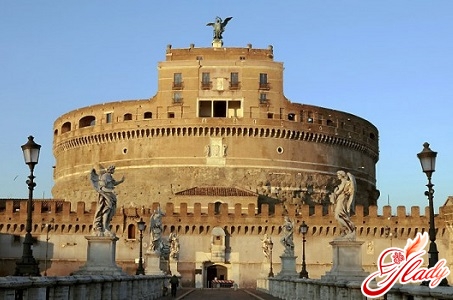 Keys from the Kingdom of Heaven

The second Vatican landmark -the oval St. Peter's Square, on which the famous cathedral is located. It was designed by the Italian architect Lorenzo Bernini in the form of a keyhole framed by 284 columns. The colonnade is designed in such a way that when it is in its geometric center, it becomes transparent. The columns hide behind each other from a certain angle. This form very symbolically reflects the Christian tradition that the First-Ever Apostle Peter is the keeper of the keys from the Kingdom of Heaven. In the center of St. Peter's Square there is a twenty-five-meter Egyptian obelisk erected at the direction of Pope Sixtus Y. The marble composition of the sorrowful Virgin Mary with the Savior lying on her lap, removed from the cross, is majestically located on the square. This masterpiece of the great Italian sculptor Michelangelo deservedly belongs to the priceless collection of sights of the unique city-state. One of the Vatican treasures in the degree of divine perfection in artistic performance is the Sistine Chapel. It is a tall rectangular building painted from the inside with frescoes by the great masters of the Italian Renaissance. Most of them are the frescoes by Michelangelo Boannoratti. The frescoes of the genius painter and sculptor "The Creation of Man" and "The Last Judgment" are amazing to the execution of tourists around the world. After the restoration, the famous frescoes retain their original brightness for five hundred years. More than half of the small area of ​​the Vatican (44 hectares) is occupied by the Vatican gardens. They show exotic flora from different parts of the globe. Staying in the bosom of beautifully manicured green sights of the city-state promotes, in the opinion of many tourists, a pacified state of mind. The Vatican Library contains in its collections more than half a million handwritten and printed books of famous theologians, philosophers and thinkers of antiquity and the Middle Ages. One of its halls is always locked for visitors. The Vatican does not leave anyone indifferent. Come to the Vatican. He is waiting for you to dedicate to his secrets.

Southern Europe: a paradise for tourists