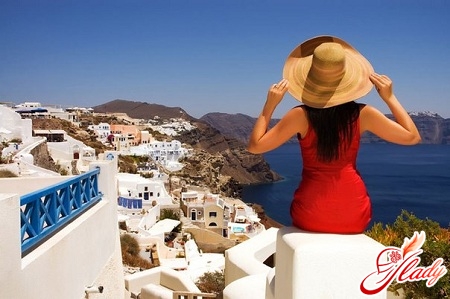 Pack your bags? Looking to South Europe? Right choice. Here you can not only have a good rest, but also significantly improve your health. For those who have already traveled the Mediterranean coast, we wish a carefree vacation, and for the rest we offer a small overview of the features and attractions that await you in the chosen part of the world. To begin with, Southern Europe is rich not only with sunlight, but also with a host of hospitable countries ready to take your tired body and soul to rest. You can enjoy delicious olives in Greece, sunbathe in Cyprus, visit the spectacular corrida in Spain, admire the picturesque landscapes in Montenegro or replenish the cloakroom in noisy Italy. No less interesting to visit are Bosnia and Herzegovina, Albania, Macedonia, Croatia, Vatican, Malta, Slovenia, San Marino, Serbia, Monaco and Portugal. Where to rest - it's up to you. But do not forget before departure to read the reviews concerning the state that you plan to visit, and most importantly - about the customs that the local population adheres to. Since the golden rule of the tourist is not "the buyer is always right", but "respect other people's traditions, and your vacation will resemble a fairy tale."

The climate and population of Southern Europe

But what really reminds a fairy tale, so itAn amazing Mediterranean climate, which is famous for Southern Europe. In summer, the average air temperature is +25 degrees Celsius. But if the harsh authorities never pampered you with summer vacation, do not be discouraged. The countries of Southern Europe will please you with warm weather and in winter. The mild climate does not allow the arrow of the street thermometer to fall below +8 degrees Celsius in the winter months. As you can see, this is real grace compared to the severe Russian blizzards and frosts. Often we are so tired of communication and people in general that we ask tour agencies not to travel to lively resorts, but to any uninhabited island. Of course, Southern Europe does not provide such a service, but there are sparsely populated states there. For example, San Marino, where, according to statistics, only 30 thousand people live. But where it will not be possible to hide from passers-by, it's in noisy Italy. And it's not at all in the stormy temperament of the inhabitants of this state, and not that the hot climate drives people out onto the street, but that 61 million people are hanging on the peninsula. However, judging by their cheerful faces, the crowded population does not bother at all. On the contrary, they are always ready to provide shelter to tourists from any country. 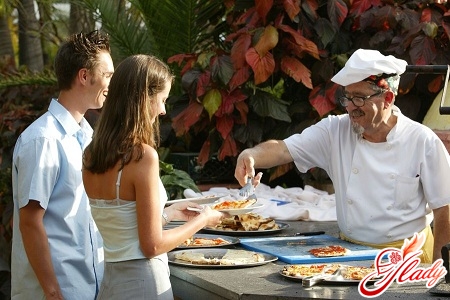 You, of course, can be embarrassed by thishospitality, but its roots are not even in the education of the southern people, but in the soil itself. It is so generous and generous that it is simply impossible not to share its fruits. Yes, and there is something to admire. South Europe is very rich in intricate vegetation. Then you and slender cypresses, and strawberry trees, and olives, and age-old stone oaks. This list can be continued indefinitely. A mild climate allows the population, flooding the countries of Southern Europe, to gather the royal harvest and prepare delicious dishes. This will be our next point in the story, as it is simply impossible to stop in the Mediterranean cuisine. Housewives of any southern state with the dexterity of a magician put on the table so intricate snacks and desserts that their components can only be guessed. Although we advise you not to break the definition of ingredients head, and enjoy the overseas delicacies. Moreover, they will not damage the figure at all. Now half of the readers angrily begin to remember Italian pasta and pizza. Yes, these dishes are also included in the list of delicacies, which are prepared in the south. But the pasta in Italy is produced exclusively from durum wheat, and the pizza is served on such a thin and crunchy dough that sometimes it seems that you eat one filling. In addition, look at the basic population of this noisy state. Italians are slim like cypresses, but, nevertheless, they are ready to eat pasta three times a day (probably, a fertile climate improves metabolism). So how do we make them worse? But we are going to southern Europe not only for branded pasta, right? The Mediterranean coast is rich in architectural monuments, so we advise you to make a list of places to visit in advance. It can be both a romantic Venice, and the famous Prado Museum, located in Madrid. You will certainly be interested in folk dances that are danced by the indigenous population of Andorra, the Sistine Chapel of the Vatican or the Oceanographic Museum of Monaco, which was once led by Jacques-Yves Cousteau. In a word, look at what. The main thing is the availability of free time and desire. And so Southern Europe will find ways to not leave you indifferent. We advise you to read:

Sights of Goa - state of India