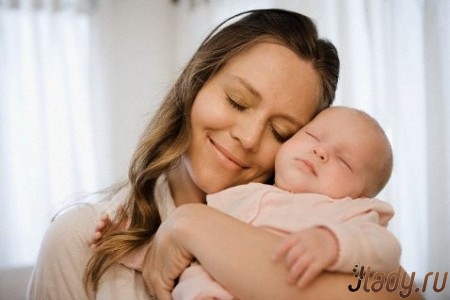 Everyone knows where children come from, for thisThe sperm must meet the egg. But for this meeting to happen, the most active sperm need to "come" to the finish line first, and the egg should ripen and come out of the follicle. The word "ovulation" comes from the Latin "ovum", which in translation means "egg". Ovulation is the output of a mature ovum capable of fertilization from the ovarian follicle. The most important condition for the onset of pregnancy is the presence of a good mature egg, so doctors are interested in this issue in order to assess the general condition of the reproductive system. Quite often the reasons for infertility in women are the absence of ovulation and various hormonal failures.

Ovulation is characterized by individualsigns, when a woman experiences discomfort in the lower abdomen around the middle of the menstrual cycle - this is the period of ovulation. During these days, it is possible to observe spotting from the genital tract and increase of sexual desire. However, to obtain more accurate results, it is better to use one of the methods described below. Measurement of rectal (basal) temperature This is one of the simplest methods that does not require any financial investment, other than buying a thermometer. True, it is not perfectly accurate, since there are many conditions to be observed: a normal and prolonged sleep, the temperature is measured in the morning at the same time, without getting out of bed. The temperature is measured in the rectum. Information about the temperature is plotted on a graph, where the horizontal axis indicates the days of the menstrual cycle, and on the vertical - the temperature. The menstrual cycle can be considered ovulatory if the temperature difference in the first and second phases is not less than 0.3 ° C. The first phase is the period before ovulation, with a "classical" regular cycle in 28 days, its duration is 14 days. The second phase of the cycle is the remaining two weeks. Test strips for ovulation This is a more accurate method for determining the level of LH (luteinizing hormone), which is one of the gonadotropins responsible for the normal functioning of the reproductive female system. Before ovulation, the level of this hormone increases significantly, thereby causing it. The pre-ovulatory peak of LH can be predicted on certain days of the menstrual cycle in the urine, special test strips are used for this. With a constant cycle, tests should be started about 17 days before the next menstruation, since the phase of the yellow body lasts about 12-16 days. With a standard cycle of 28 days, the start of testing should be the 11th day, and with a cycle of 35 days - the 18th day. Positive test results suggest that after about 28-42 hours, ovulation will begin. Dynamic ultrasound and determination of the level of progesterone ultrasound can see the process of formation of a mature dominant follicle in the ovary. After the egg leaves, this place is formed by a yellow body that produces progesterone, which contributes to the normal development of pregnancy. By the level of the content of this hormone you can get effective information about ovulation.

If a young woman is in reproductiveage, ovulatory will be almost every menstrual cycle. And the norm is the absence of ovulation in 10-15% of cycles during the year. The general trend can be described as follows: the older a woman becomes, the less often ovulation will occur. At the age of more than 40 years ovulation occurs not more often than six times a year. However, it's not just the absence of ovulation. In women over 40, the likelihood of pregnancy decreases not only because of the reduction in the number of ovulatory cycles, but also because of a decrease in the quality of the oocytes. This, in turn, affects the likelihood of pregnancy, its normal development and the quality of embryos.

If you can not get pregnant

1-1.5 years of regular sexualnormal period. If after its expiration young women of reproductive age do not get pregnancy, the doctor makes a diagnosis of "infertility in a married couple." After that, both spouses are recommended to be examined to clarify the possible reasons for the absence of pregnancy. Women older than 35 years are advised to start the survey much earlier: if the pregnancy has not occurred within six months of regular sexual activity. Such recommendations are given in order not to lose time, as with age, ovarian function and egg quality deteriorate.

This can be any reason: environment, various diets, taking medications. All this can cause hormonal failures and, as a result, lack of ovulation. Constant changes of time zones, long flights, change of habitual climatic conditions - these factors too are a source of stress for an organism which can break a habitual rhythm of functioning of the reproductive system. However, as a rule, these violations are transitory. The thoughtless use of drugs for weight loss, fasting often lead to persistent anovulation. A striking example is those with anorexia who voluntarily refuse to eat and are in a state of severe exhaustion. If the weight falls below the mark of 45 kg, the body reacts to it clearly and starts to oppress the processes of normal functioning of the reproductive system. Such women stop menstruation and ovulation. Hormonal disorders can also cause a violation of the process of ovulation, most of them due to genetic causes. Various conditions, such as polycystic ovary syndrome, hyperprolactinaemia, thyroid dysfunction, syndromes that are accompanied by an increase in the level of male hormones, impaired sexual differentiation can cause a lack of normal ovulation. Some of these conditions are promising in terms of restoring ovulation and pregnancy, others exclude the process of ovulation at all. Therefore, the question of treating hormonal disruptions and the choice of medicines should be decided by the doctor. Ovulation can be achieved by correcting hormonal disorders and prescribing medications to stimulate the ovulation process. For this purpose, a lot of means are intended: starting with tablets and ending with injections. In the last few years, new agents have appeared to stimulate the ovulation process. They contain gonadotropins, which are obtained with the help of genetic engineering techniques, this is guaranteed to exclude the presence of impurities. With the advent of such drugs, the effectiveness of treatment of women with endocrine disorders has dramatically increased, both for the purpose of restoring the ovulation cycle, and in terms of the onset of pregnancy.

How ovulation affects the sex of the baby

Almost half a century was spent by American scientists fromHarvard University David Rorvik and Lendrand Shetles on the development of a method based on the planning of sexual contacts for a certain period of ovulation. The method is as follows: empirically, it was found that spermatozoa with a male Y chromosome are more mobile than those that carry the X chromosome, so they are the first to reach the oocyte. If it enters the acidic environment of the vagina, the activity of the Y-spermatozoa decreases, because they quickly die there and thus open the way to a slower, but more viable, X-spermatozoon. Scientists believed that X-spermatozoa can survive in the uterus for several days in anticipation of ovulation, in contrast to spermatozoa with Y-chromosome, which are not capable of this. With the approach of ovulation day, vaginal discharge becomes more alkaline, this increases the probability of survival of spermatozoa with Y-chromosome. If you know exactly the day of ovulation, then you can try to increase the chances of those or other sperm to participate in the process of fertilization, and, therefore, to plan the sex of the unborn child. To increase the probability of the birth of a girl, you need to have sex not later than 2-3 days before the onset of ovulation. If you want a boy, within a week before ovulation you need to refrain from having sex until the day of ovulation. An interesting point is that there is a certain seasonality, which is proved by many observations. Girls are most often born in early winter, spring, early summer, early and late autumn. Boys are most often born in the first two winter months, early and late spring, late summer and mid-autumn. If you rely on these observations, you can plan the time of conception and increase the probability of a child of a certain sex. We advise you to read:

Is it possible to wear heels to pregnant women?