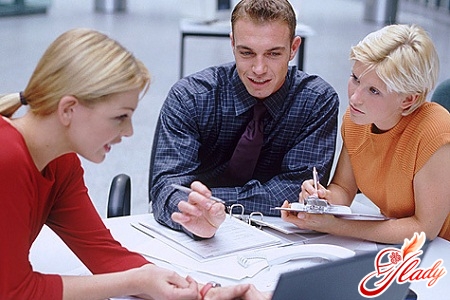 People always somehow think that all kinds ofTroubles and turmoil can occur only in the cinema or in the neighborhood. And television advertising about the man shuddering from the door bell looks a little exaggerated. All right, he did not pay taxes, but why should you be afraid? Taxes you pay, and therefore, and sleep peacefully. All according to the propaganda slogan. But it turns out that the fate of that "unscrupulous" citizen from advertising (shudder and fear the visit of bailiffs with an executive sheet) can easily become your everyday life. Remember, is not included in the number of periodically provided by your relatives and friends who do not favors a loan guarantee? If the answer is positive, then this unenviable fate can affect you.

If you want to lose a friend, be a guarantor

At first glance, it is quite an ordinary situation. My beloved friend asked you to become her guarantor in the bank. Next comes a colorful description of the credit benefits, the minimum risk, the mention of how long you know each other, and the eloquent enumeration of all the pressing needs and needs of her new business. You listen to her attentively, smile and nod in the right places. Think about what you really know for a very long time, so why not agree? Sign the necessary documents in the bank, not much bothering yourself with a thorough study of all points of the loan agreement. And forget about the "small" service you provided. And a few months later you receive a letter from the bank by mail that a decent debt has accumulated on the loan taken by your friend. And the bank submits an application to the court with a demand to repay the amount of debt with interest and penalties for delay in payment. A girlfriend, close and very familiar for a long time, does not answer phone calls, but the next child of her financial genius has been listed as having sunk into oblivion for a month already. And now you are already becoming a hostage to the very paradoxical situation, when you have to shudder at every bell at the door, and the idea that the day that is to come prepares you, gradually grows into a category of obsessive ones. A further script gradually begins to remind you of the Hollywood drama. With the endless courts, the payment of another's duty and solemn oath to yourself, that never, under any circumstances, you will no longer become a surety. Do not think that all of the above is exaggerated, pumped specially to scare you. Quite the contrary. Let's try to consider the situation in detail, isolate the errors and find ways to avoid them in the future. It is better to try to take into account possible errors, imagining such a situation, than to face it absolutely unprepared in real life. So, let's start from the very beginning.

How not to become a hostage to the bank

If we proceed from the exact wording, the guarantor- this is a person who takes responsibility for creditors for the performance of obligations by the debtor. That is, you vouch that your girlfriend will fully pay the loan. And believe her so much that they are ready to vouch for this. But now read very carefully - to vouch not in words, but your own property or your own means. And are you so well aware of the financial solvency of the person for whom you are going to vouch? Do not be shy, because you risk your own funds and, importantly, nerves, so carefully study this very girlfriend from the standpoint of the guarantor. Make inquiries at the bank, where she may have taken out a loan. Ask common acquaintances how often she takes money and gives them on time. In this issue there are no trifles. And if something embarrasses you, you better refuse to be a surety. If the girlfriend is real, she will understand you. And if not, then, as they say, you remain in your interests. Carefully study each item of the loan agreement. Especially those items that relate to the responsibility of the guarantor in case the debtor fails to pay the required amount. And best of all - contact a professional lawyer. A competent lawyer will be able to tell you about the many subtleties that will help reduce your risk. For example, the law provides for the indication of a specific amount, within which you are prepared to give guarantees. Or indicate the specific timeframe during which you are ready, in the event of complications, to bear responsibility for the loan. It will not be superfluous to include additional requirements in the contract. The fact that the bank undertakes to agree any changes in the terms of the contract not only with the client, but also with the guarantor. You can also hedge yourself on the other side. That is, you can from the same lawyer conclude an agreement with the recipient of the loan, including in it points for which the recipient of the loan undertakes not to sell valuable property or take out new loans in other banks, without agreeing this with you as a guarantor. In addition, it is necessary to inscribe an item on the application of penalties in case of non-fulfillment of this contract. But all these precautions are good only if you asked for a little time to think about your own risks. And what if the reckless consent you have already put before the need to repay someone else's debt? 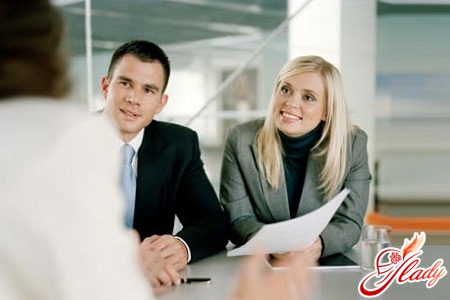 There is no money and will not be. How to be?

Many, to whom there is a real threatpay for other people's debts, wonder - how to challenge the guarantee on the loan? It should immediately be stipulated - if you decide to sue the bank, then the chances of winning from you miserable. In 99% of cases the court decision is made in favor of the bank. After all, you personally signed all the documents, becoming a guarantor. Nobody hid from you the contract, in its points is clearly prescribed your responsibility to the creditor as a guarantor. But do not give up and think that there is no way out. The output can be found. The only condition under which the guarantor can be completely released from payment of other people's debts is the absence of a permanent source of income due to loss of work. And also the lack of liquid assets, that is, of such property that can be sold, having gained money for it. Apartments, cars, land. So, the option, when all the property is decorated with your beloved mother-in-law, from this point of view looks even attractive. But according to the law, if you have a court decision to collect money from a guarantor to repay a loan, then once you get a job, the bank immediately has the right to ask you to pay off your debts. Another possibility not to pay the loan is for those who have two underage children and disabled parents who have applied for alimony. In the event that you pay 70% of your earnings to persons dependent on you, the bank has no right to demand repayment of a loan from you. It should also be remembered that if the bank did not apply for a loan repayment to the guarantor within six months after the end of the borrower's receipt of funds, it loses its legal right to require the guarantor to repay the loan debt. By the way, it is not uncommon for cases when a kind of clarification of the "relationship" between the bank and the debtor is delayed for a couple of months. If we take as a basis statistical data, the borrower delays payments by about three months, before the bank begins to take active actions. For another couple of months, the bank is trying by all legal methods to force the debtor to pay back debts, interest on the loan and penalties. If you sum up the time spent by the bank on an independent solution of this issue, the very same 6 months will pass. And the guarantor can "remember" when the legal deadline has passed. But do not count on it and rely on it and it will be in your case. If, nevertheless, the bank obliges you to pay other people's debts, you can sue, or rather, your closest relatives can. For what? To recognize you incompetent. If the bank submits a counterclaim, all meetings will be held in the presence of the guardianship council. You ask, what's the plus? Yet not everyone will agree to declare themselves incompetent. And in that the court decision in this case will be rendered not in favor of the bank. It is unlikely that anyone will be able to deprive an incapable citizen of his property. But do not forget - if you decide to sue the bank, in the event of a loss of the court case, you will not only have to pay all the debts on the loan, interest and fines that have fallen during this time, but also legal costs and all kinds of payments to lawyers. Now let's try to generalize, in which cases the creditor can demand from the guarantor to repay the loan:

You, as guarantor, have the right to challenge the decision of the bank in the following cases:

Having studied all the above and calculated theirtheir own are not infinite possibilities, any sane person will ask the question - how to refuse a guarantee on the loan? If a person is dear to you, you should do it in the most correct form, so as not to offend him. Refer to the fact that you yourself are going to apply for a loan in the very near future, and in case you become a guarantor, the amount that the bank will risk allocating to you will significantly decrease. Advise your friend to contact another bank that provides a loan without guarantors, for example, against the collateral of the borrower's property. And it's good friendship - to risk your property and take care of your own! Refer to the fact that you are already a guarantor or a borrower. You can also add that if you become a surety again, you yourself can be refused in case of unforeseen circumstances in the issue of a loan. If you decide to say "no", in no case do not gnaw yourself with a sense of guilt. Where it comes to money, there is no room for emotion, you must first take care of your own welfare and the safety of your family. Therefore, before deciding whether to become a guarantor for someone else's loan, think through all the details. Do not risk what you have. We advise you to read:

What can you earn money on, and preferably a lot?

Benefits to mothers with many children

Delinquency on the loan: penalties

How to save money?