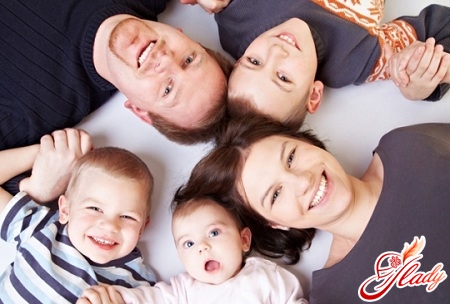 Virtually all European countries havea law aimed at supporting large mothers. Russia is no exception. In recent years, the rights of large families have significantly expanded, payments for children have increased, and there have been more benefits. It would seem that families with many children should feel secure enough, but everything is not as simple as it might seem at first glance. The law is (or rather, laws), but the mechanism of its action is not written out in the best way, which leads to a whole series of problems. And often, in order to receive benefits, mothers of many children have to cover the thresholds of bureaucratic offices. Why is this happening? Why does not the law work, and if it works, then with a big creak? We will try at least partially to understand the situation and respond to mothers of many children, single mothers on the most burning issues that worry them. Let's start with the one whom the law considers a mother of many children. The federal law states that such is a woman who has three or more children (up to 18 years of age) dependent on her. In addition to federal laws, in each constituent entity of the Russian Federation, there have been developed programs aimed at supporting large families living in a given region (republic, province, region). Assistance to such families is in various spheres. We tried to streamline the main benefits and payments that can be counted by mothers with many children, including single mothers, raising three or more children.

Privileges for payment of services in the sphere of housing and communal services, communications, transport 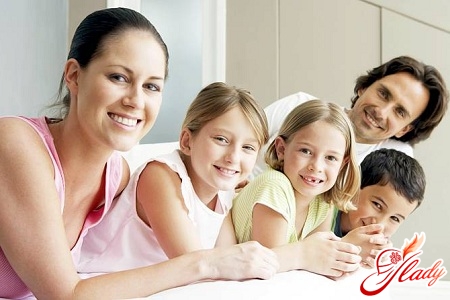 What rights does a large family have?

The list of rights of a large family is very extensive, but, unfortunately, not always these rights have a real content. So, the law says that a large family has the right to count on:

In addition, large families have the right tofree receipt of land, as well as to receive significant compensation payments from the state in the construction of housing. We listed the most basic rights of families with many children, in fact, there are many more. But, as numerous examples show, in practice these rights are very difficult to implement. In most cases, local officials simply sabotage the fulfillment of the requirements that the law puts forward. No, they will hardly refuse directly, but getting preferences from the state, the rights to which are fixed by law, will be furnished with so many bureaucratic slingshots that it will take a lot of time for this. And is there a time for a large mother, who has a large family on her shoulders. And how to be a single mother raising three or more children? It is especially difficult to achieve satisfaction of its right to receive a land plot. As a rule, officials claim that there are no vacant lots. Here, corruption schemes have been worked out a long time ago, on the land trade local authorities earn their capital. The imperfect mechanism of the operation of the most good laws makes them unviable.

On what payments can count large familiesfamilies - parents often raise this issue with three or more children. First, large families receive monthly payments from the state for each child. Secondly, they also have the right to receive payment for the purchase of school uniforms (once a year). If there are more than ten children in the family, they are also entitled to payments, timed to certain holidays. In addition, the mothers of such families will receive additional payments upon retirement. 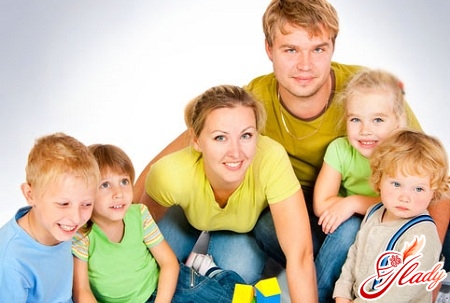 How to solve the demographic problem and can this be done?

The question, of course, is interesting, you can ask it, butwe are aware that in the current situation in the country, it sounds rhetorically. Meanwhile, at the present time the problem of fertility has become so large that it is time to talk about the threat to national security. After all, in fact, we are already talking not about the growth of the population, but at least about reproduction. However, what kind of reproduction can be discussed, if in the overwhelming majority of families one child, two - this is already a lot. Those who decide to become parents of many children - to the insulting little. According to statistics, which, as everyone knows, everyone knows that large families make up a meager 3 percent of the total number of families with underage children. In other words, large families are currently unpopular. Why is this happening? Life today is not easy. Many do not want to have children for ideological reasons. In the world, the movement is growing under the slogan "Childe free". That is, married couples, as a rule, well-educated, with a prestigious, well-paid job make a very conscious decision not to have children at all. Never. It scares. But, on the other hand, this is their choice, they have the right to it, and no one can force them to do otherwise. But the trend is certainly frightening. In Russia, too, there are such pairs. They believe that the birth of even one child infringes on their own rights, worsens their financial situation. Those who are not so radical are confined to one child, "not wanting to breed poverty." It is these considerations that guide many Russians. How to reverse the situation? What should be done to prevent the public consciousness from the stereotype that many children are born primarily in antisocial families, who do not care about their future, that children receive a decent education? Probably, much depends on the state. It should ensure that any law aimed at helping large families work, and not remain beautiful words on paper. The mechanism of its operation should be such as to minimize the ordeals of families with many children who want to receive their benefits and payments that are guaranteed by the federal law. Such actions on the part of the state will undoubtedly play a positive role. The society should understand that a large family is important not only in terms of changing the demographic situation in the country. A large family forms and educates a more harmonious personality than a family raising one child. Children from large families can adapt more easily in any social environment, they have a more stable psyche, they are more communicative. And briefly, it is not just necessary to help such families overcome material problems by adding new cash payments. The main thing is to help large families realize the main functions of the family - the education of real citizens, without which no country has a future. We advise you to read:

What payments are made to single mothers: benefits and compensation from the state

What is due to a single mother: help from the state

How to draw money into the house?

Earn on the Internet answering questions in questionnaires

How to choose a deposit?

How to make a personal financial plan?