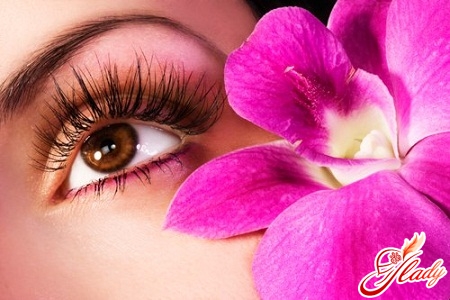 Slam your eyelashes - and take off! (from the song "Eyelashes" by Br. Grimm) Fluffy, long eyelashes are an important tool in the arsenal of any woman who wants to be attractive and like men. Few of the representatives of the stronger sex can resist the languid, enveloping gaze from under the beautiful thick eyelashes. Have you ever thought about how to take care of eyelashes to create an image of "the most charming and attractive"? Lucky for those who by nature have beautiful long eyelashes. It is enough for them to use mascara - and everything, you can conquer, bewitch, charm. But how to be the one who has cilia short and rare, and still constantly break down? The Western press assures readers that it's time to all buy false eyelashes and stop complexing about their imperfections. However, our girls firmly know that on such a "chaff" men can not be fooled: guys like natural beauty. So let's take care of our cilia seriously - as they say in one well-known advertisement: "After all, we deserve it!"

What to do if the eyelashes fall out

Periodically, on our cheeks we notice the falleneyelashes. One of us, brushing off a precious hair, carefully peers into the mirror, trying to understand: is it an accident or a serious problem? And someone is pleased to pick up the cilium with a finger and hurry to make a wish. Remember, as in childhood: "On which cheek did the eyelash fall?". But troubled girls at the same time still an order of magnitude greater. Too well they know the price of an expressive look and its effect on the opposite sex. To begin with it is worth remembering that the cilium of a person "lives" for about 90 days, and a complete renewal of eyelashes occurs in 7-8 weeks. So, if you accidentally noticed the fallen cilium - it's too early to beat the alarm. But if the eyelashes just "crumble" from your eyes, becoming less and less often, it's time to take them seriously. There are several reasons for the loss of eyelashes: 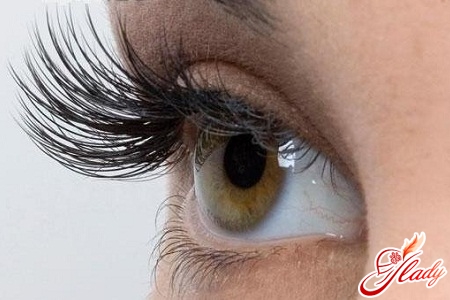 If the loss of eyelashes is not associated with lack of care, then you better consult a doctor and begin treatment. In the opposite case, before it's too late, start looking after your eyelashes.

How to make eyelashes longer?

Unfortunately, in any way. Eyelashes can be enlarged or visually extended with the help of a good carcass, but in any case the "native" hairs will remain the same length. And whatever masks, tonics and creams you have not used, the present state of affairs can not be changed. The fact is that in each of us the genetic activity of the growth of eyelashes is laid, and the possibility to make them longer than prescribed by mother nature is simply excluded. There is, of course, a special operation - eyelash transplantation. This procedure was once invented for those who suffered from severe burns and lost eyelashes. Now, this operation is also available to those women of fashion who wish to magically make their cilia more authentic, yes thicker. This two-hour operation can be compared with the work of a jeweler: the hair from the occipital part is taken and transplanted into the upper eyelid. And everything would be fine, but only eyelashes such as ordinary hair grow, and eventually they have to cut their hair. Imagine how the eyes will look, if such grown eyelashes do not cut in time, or do it inaccurately! And if they start to curl, then troubles can not be avoided: it can happen in different directions. Moreover, sometimes own cilia after such operation drop out. That is why it is much better to have at least short, but your eyelashes. A quality cosmetics will visually deceive those who doubt the beauty of your eyes. 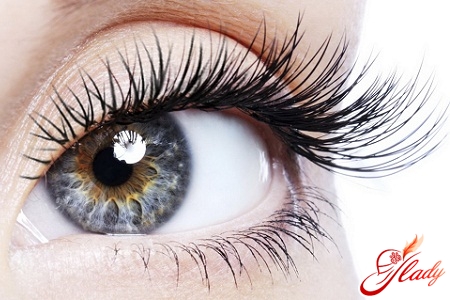 Traditional recipes for the care of eyelashes

There are many recipes that will promptyou, how to take care of eyelashes at home. The most interesting - you do not have to spend too much, because all the ingredients can be found at home or bought in the nearest pharmacy literally "for a penny."

Do you know that the longest in the worldeyelashes at the moment for a 52-year-old Indian resident Phuto Rawa Mauli? The length of his eyelashes is 4.7 cm and this fact is listed in the Guinness Book of Records. If Mr. Mowley applies the eyelashes to the face, then their tips are pulled to the lower lip. And this despite the fact that the Indian has never cared for them, but on the contrary considered such "wealth" a shameful fact. Even knowing how to properly care for eyelashes, it is unlikely that someone will be able to keep up with such a record (and whether it is necessary?). But to make your eyelashes a subject of personal pride and admiration of others - why not? We advise you to read:

Mask for the face of cottage cheese - your recipe for beauty

Bags and bruises under the eyes. How to eliminate them?

How to remove stretch marks on the body: that life was not in striped

I want to lose weight fast!