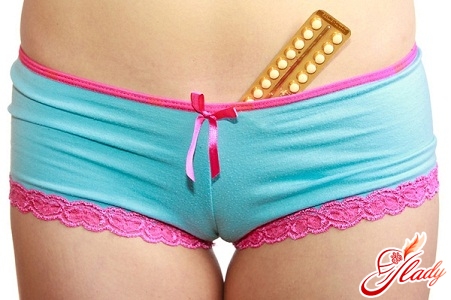 Unwanted pregnancy ... Unwanted lifea new person. Abortion, terrible word and action. But this is a murder, a legitimate murder. But our dear girls and women, we live in a modern and civilized society. Now in the pharmaceutical market a huge amount of protection against unwanted pregnancy: hormonal contraceptives, spirals, caps, candles, condoms, etc. Many couples avoid using a condom - it's uncomfortable and it does not bring all the acuteness and fullness of sensations in sex. Widely popular is the spiral. It's easy and simple - they put it, and for a few years they forgot about the excitement about the delay of menstruation. Do you know that a spiral is an abortifacient? That is, conception can occur, but the spiral helps to get rid of the fetus at very early times. There is the same abortion, only imperceptible. And the most effective and useful for women's health are the hormonal contraceptives of the new generation. But they must be carefully chosen and be able to understand the names so as not to harm themselves. Let's talk about this. The most accurate recommendations and professional advice to you, of course, will be given only by a gynecologist. You will donate blood for the analysis of ovarian hormones in the middle of the monthly cycle, and based on the results obtained, your doctor will recommend you exactly those hormonal drugs that are ideal for you. But if you do not have such an opportunity, we hope that this article will help you understand the world of hormonal contraceptives.

Modern hormonal contraceptivesfunds are divided into several groups, each group is suitable for its composition for a certain category of women, taking into account the age, general condition of the organism, etc.

Admission of modern hormonal drugs in addition tounwanted pregnancy also contributes to the improvement of the skin of the face, hair, they also have a therapeutic and cosmetic effect. Do you think that hormones are dangerous and harmful? It's a delusion. New generations of contraceptive hormonal contraceptives carry a minimal dose of hormones that contain drugs in their composition, as close as possible to female sex hormones. Modern hormonal contraceptives of the new generation contain a hundred times less dose of hormones than their predecessors, which are no longer in the Russian pharmaceutical market. According to women, the most popular were the following hormonal contraceptives: janin, yarina, logest, trikwilar and regulon. 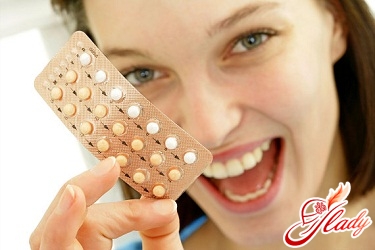 All contraceptive hormonal drugsare taken daily at the same time, according to a certain scheme, which is described in detail in the annotation to the package. Carefully observe the rules and time of admission, otherwise an unexpected conception may occur or a menstrual cycle may occur. 100% protection against pregnancy comes with the second package of hormonal contraceptives, so when you receive the first pack, use additional contraceptives. The effectiveness of contraceptive use can be reduced because of the simultaneous use of antibiotics, analgesics, tranquilizers. If for the first time in your life you began to take a course of contraceptive hormonal contraceptives, be sure to visit the gynecologist in the first month of the drug on the 11-12 day of your menstrual cycle to make sure the effectiveness of the selected drug. If you suddenly forget to take the next pill from the package, take the next one as soon as possible. If you have delayed the use of the drug hormonal contraceptives for more than a day, you must additionally be protected from conception by other means while taking the remaining tablets of this package. If your delay in taking the pill was up to twelve hours, then nothing urgent can be done.

If during the admission of a course of contraceptivetablets, you felt bad, nausea, headache, pressure changed, there was a sharp increase in weight and psychological dysfunction (depression, irritability, frequent changes in mood), it is necessary to cancel these contraceptives and switch to lower-hormone drugs. If you suddenly vomited after you took the pill, take one more exactly the same (for this you need to have a spare unit of the drug with you). Then continue to take a course of pills further according to the scheme until the end of the package. If the bouts of nausea are repeated - change the hormonal contraceptive. If you notice the appearance of bloody discharge, ointment during the course of hormonal contraceptives, change the tablets for other, with a higher dose of hormones. If on the appointed date you do not get a monthly, then the drug that you used is not suitable for you and is too high-dosage for you. It is necessary to take a week break and change the hormonal contraceptive to a drug with a lower content of hormones. But if you suddenly noticed the following symptoms:

You need to immediately visitdoctor. Such signs can diagnose in you the presence of any disease that requires serious treatment. No matter how vividly manifested side effects, never stop taking the course in the middle of the package, otherwise you may have a menstrual disorder, or you may experience profuse bleeding. Contraceptive hormonal contraceptives must necessarily drink until the end of the course and only then change the pill. It is desirable to limit the duration of taking courses to two years, with a longer intake of hormonal contraceptives may occur dysfunction of the ovaries. If you still do not plan to become pregnant, take a break for six months, then you can continue taking birth control pills.

Contraindications to hormonal contraceptive use

We hope that our article was usefulfor you. The consequences of abortion sometimes lead to catastrophic changes in the whole subsequent life. Let's be cautious and careful. For our health, we are primarily responsible. Hormonal contraceptives of the new generation bring tangible benefits. We must protect ourselves for the family, for future children. We must live for life! We advise you to read: