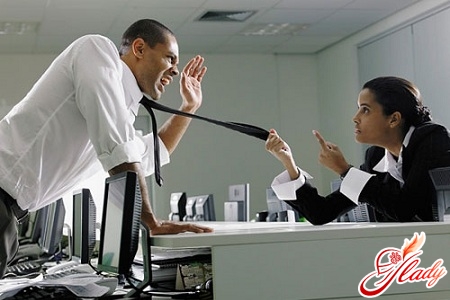 There are people who know how to make everyone aroundmyself to dance to my tune, and if someone refuses to join the ranks of "dancers", then he will certainly feel guilty before the player on the dud. Such specimens of the human race have well mastered the hidden manipulation of people, and use it, sometimes even unconsciously, to achieve the desired behavior of others. Of course, each of us supports the idea of ​​good and service to people, but this does not mean that we should allow ourselves to be manipulated. It is about understanding that we are responsible for our lives; and if we do something against our will to please someone, then we refuse from ourselves. We want to tell you about manipulators and how to learn to resist them. Let's start with the definition. Manipulation is when using hidden or overt violence, intimidation, coercion, pressure; when your brains are "washed" so that you start doing something that you do not want at all. For example, in our popular new Webster's explanatory dictionary, human manipulation is defined as management and control, skillful use of influence on another person, often unfair, inhuman and often using deceit, when facts and events are falsified to suit the own purposes of the manipulator. In relations between people, manipulation can be defined as any attempt at control by coercion (explicit or hidden) of the thoughts, feelings and behavior of another person.

When we yield to others, we renounce ourselves

Of course, people help each other. We all fulfill someone's requests, and we ourselves often ask for something. But there is a significant difference between asking for help and trying to manipulate. Do you want to understand how manipulation differs from any other action? We are ready to explain. When we do something for someone, we usually get something for ourselves. There is an exchange of equal values. But manipulation excludes such an exchange. For example, an employee comes to you - not a friend, so, a friend, - and says: "I moved to a new apartment, there all the windows are heavily stained with paint and whitewashing. I really need help, there's so much work that I can not manage alone! If you do not help me, I do not even know what to do. I really hope for you and would not want to be disappointed in you. " So, she tries to manipulate you, trying to press on you and cause a feeling of pity. She's poor, unhappy, and how sorry she must be! But there is no full exchange here - she wants you to exchange your work and your day off on her promise "not to be disappointed" in you! It would be right to refuse immediately to a friend; no one owes her anything, and her suffering is, by and large, her own problems. And you do not have to explain or apologize. But manipulators are usually not content with rejection and are trying to pull us into the conversation. They can be very persistent and will lead one argument after another, hoping to suppress our resistance. And how in the same situation would a man do, whose habits do not include manipulating people? Your friend would approach you, and she said: "I need your help! Let me help you this weekend at the dacha, and will you help me wash the windows in the new apartment next weekend? "Feel the difference? A person offers you cooperation, and this is the complete opposite of manipulation. In such a situation, you will be happy to help, because you both get the opportunity to do your job twice as fast, and even to work you will be more fun together!

Our qualities that play into the hands of manipulators

Some features of our character make usvulnerable. And, before you start fighting with a person who is trying to influence us, you need to change something in yourself. What can a manipulator do?

In any case, it is necessary to have a clearthe idea of ​​one's own self, otherwise it will be very difficult to trust one's own discretion and make decisions in their favor. Without a clear definition of self, we can be an easy target for manipulators. 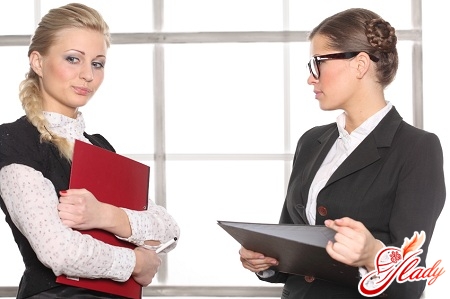 Techniques that usually use manipulators

Unfortunately, we quite often encounterthose who will do everything possible, just to get what they want. We always feel uncomfortable when we are manipulated; but worst of all, we do not even always understand what is really going on. We hope that knowing the usual methods of manipulators will help you to understand the situation, and you will be able to defend your interests. That's what they do most often:

There is a wide range of tactics usedmanipulators - from verbal threats to attempts to organize situations in accordance with their intentions. For example, one of the most common forms of manipulation is "splitting" - setting up two people against each other. The manipulator talks to everyone - behind the back of one speaks about it to another, and then does the same with the second. Thus, he forces these people not to trust each other, while he himself remains in the position of controlling the situation. They can use active methods of influence on us - they get angry, shout, provoke aggression. Or they can use more passive methods - they are sulking, silent or even expressively ignoring us.

How to react to hidden manipulation

Direct, open threats are mostly nottoo skillful characters. Qualified manipulators act on us more subtly, intimidating more veiled threats. Sometimes the hidden threat may not even be visible at first sight. It happens that they put special meaning not in what they say or do, but in what way or tone they use when they do something or say something. Such white and fluffy angels, from under the garments of which peeps and tails peep out. Such people know how to influence our consciousness so strongly that relations from the healthy gradually develop into exploitative ones. How best to respond to the behavior and tactics of such manipulators who seek to dominate and subordinate everything to their control? It is necessary to start with yourself: you need to get rid of uncertainty, anxiety and depression, which is capable of communicating with a person who is prone to manipulation, and regaining control of one's life. Do not take any excuse for aggressive or other improper behavior! If someone's behavior is wrong and even harmful, all the reasons for this behavior that this person has to offer, absolutely do not matter. The goal can not justify the means to achieve it. Remember: as soon as a person begins his "explanations", he immediately tries to start to work on you. If this is a stranger to you, then you can just stop all sorts of relationships with him; the situation is more complicated if it is a person close to you. Your position must be firm: you can not be manipulated! The manipulator will never be limited to one or two cases, it will strive to use its tactics constantly. But as soon as you stop reacting to his maneuvers, the focus will automatically move from you (where his loved one tried to direct him) to his unworthy behavior. And then your loved one will be forced to change something in himself! 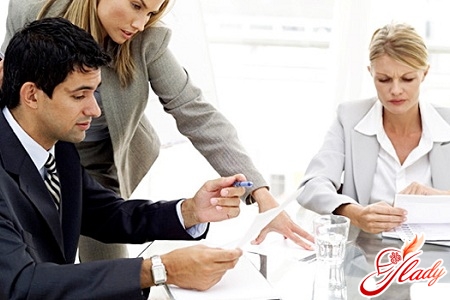 Why do people want to manipulate others?

Though you should be on the alert, but be afraid of attemptsother people do not need to manipulate you. Their attempts can give you the opportunity to help a person become different, better than he is now. Of course, if this person is close to you and you are not indifferent to his fate. In addition, once you understand why he is trying to manipulate you, your fear will be replaced by compassion. And because of the emerging sympathy, your attitude towards him will never develop into a reciprocal aggression. Why do some people manipulate a person from whom they want to achieve something? Yes, because they are weak. Weak person should not be afraid, he can only be pitied. His weakness manifests itself in many forms and includes a sense of inferiority and incompetence. Such people try to force others to do what they themselves think they can not do. They try to compensate for their sense of powerlessness by gaining power over others. In addition, people who feel even flawed and live a miserable life, would like to see others unhappy. When they manage to poison someone's life, they find it a relief for themselves, because the pain of others distracts their attention from their own pain. The thinking of some lovers of manipulation is somewhat distorted, and they either begin to believe that they have the right to demand something from others, or feel themselves to be our charges, and therefore they are entitled to special privileges - they think so. Whatever the reason for the propensity to manipulate, in any case, this propensity for weakness is based. So, when such a person decides to go in the usual way for himself, making you feel guilty, do not give in and do not turn their weakness into your own. If you run into manipulation - do not give in to fear, especially if you are trying hard to scare. Do not be afraid to lose friendship, not justifying the expectations of a friend and disappointing her. You are responsible for your life, not for its fate. We live to help other people; But we can not help others when they are busy solving their problems. How can we make others be strong if we ourselves are weak? How can we want others to defend their rights if we do not protect our own? In the world there is a lot of misfortune, and he, this world, needs a lot of people capable of spreading joy. Nevertheless, when we do what we do not want at all, we only contribute to the misfortune all over the world. Let's better multiply the joy! We advise you to read:

What if my husband beats his wife?

Types of communication between people

How to learn to listen to someone who wants to hear?

How to survive the betrayal of a husband: the path from infidelity to trust

I took my husband from a best friend: when good friends become enemies