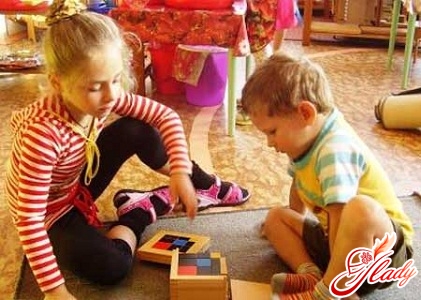 Playing child. What can be more natural? A game for children is not just entertainment, but a real life necessity. The game is simply necessary for the child for his full and harmonious development, the acquisition of necessary skills - both domestic and social communication skills. In addition, the games help parents creatively develop the child. For example, games for children for the development of memory help the child learn to concentrate their attention, allocate from the general mass and memorize the necessary information. This article briefly describes the types of games, as well as the significance of the game in the life of the child. This information will be extremely useful to parents who raise their first child and still do not know much about games. However, it may very well be that more experienced moms and dads will be able to learn something new for themselves. So, all the games are divided into several types - games for developing attention and logic, moving games and role-playing games. First we will consider games designed to develop the memory and attention of the baby. Human memory is a very complex process that takes place in the brain. The essence of this process is that the human brain perceives and stores certain information and, at the right time, extracts it to the surface of consciousness. The development of memory is one of the primary tasks of parents. Very often you can hear complaints from parents that their child is not studying well at school, because he has a bad memory. However, practically no healthy child who does not suffer from serious neurological and psychological disorders has a bad memory. Simply most often in such cases memory is not elementary developed. As a result, the child does not know how to concentrate attention on the information that is presented to him, process it and systematize it. As a result, the process of memorizing is complicated at times, becoming almost impossible for the child. In order to understand how it is necessary to develop children's memory, it is necessary to know what kind of memory it can be:

Determine which type of memory is predominant inbaby, quite difficult. More reliably it can be established approximately at the age of 5 - 6 years and later. And before this age, parents should direct efforts to develop all types of memory.

Let's start with the description of games for the smallest children 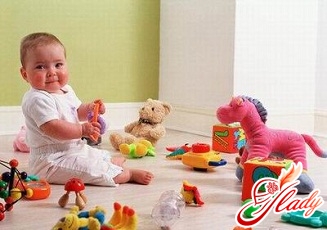 The following games are for older kids:

After the crumb will tire of looking out the window, athelp mom will "magic" pouch, which must be prepared in advance. For these purposes, any small bag that should be tied up in such a way that only the handle of the baby can go there will do. Inside, place pre-stored pleasant little things that are able to please your baby. These can be small machines, pupae, gum or sweets. We think that every mother knows exactly what she likes.

If we talk about a phenomenon like developmentchild after a year, the game does not cause special difficulties. But the issue of older children's games needs to be approached a little more carefully. One of the most useful games is the so-called role-playing games, in which the child plays a certain role. It would seem that the game of "daughters - mothers", adored by all the girls of the world, which is played probably for more than one century, quite simple in its essence and does not bear a special pedagogical load. However, in fact, this first impression is deceptive and is a huge misconception. It is in such role-playing games that the child's social adaptation takes place, his acquaintance with the way of this world, the search for his own self. Similar games for the child are simply necessary, without them the child's development will lag far behind the development of his peers. In addition, after watching the role plays of your son or daughter, you can learn a lot about yourself and other adults surrounding the child. Children very accurately copy in the behavior of adults, and even their intonations. Perhaps, after observing the conversation of the daughter with her doll, you will recognize yourself. For a long time, children's psychologists have been using role-playing games as a powerful means of psychocorrection and diagnosis. If the child has any psychological problems, it is the role play that will allow the specialist to determine what the child is worried about. And all the same role-playing game is able to correct the situation. For example, if your kid does not want to go to the kindergarten: he cries and flatly refuses to stay there, a role-playing game in the kindergarten will help to find out what is troubling the baby. Perhaps, the child had difficulties in communicating with peers or even with educators. As mentioned above, children in role-playing games very accurately copy all life situations that they fall into. Also, role-playing games can help parents cope with many childish fears. Is your baby afraid of the dark? And maybe he worries before the first campaign in the garden? Beat the frightening child situation - very soon the kid himself will laugh at his fears. Equally important role-playing games are played in the preparation of the child for changes in his life or non-standard situations. For example, the baby is going to visit the dentist for the first time in his life, and he is afraid. Beat the visit of the dentist with the doll. In no case should not forget even the smallest details, for example, a handkerchief. Children are very observant in such small things. Also, with the help of role-playing games, parents can greatly increase the self-esteem of their child. Your son or daughter is embarrassed to be in the company of peers, shy and indecisive? Play with it! Play a lot and often, beating all those situations in which your child is extinguished. Let him be one actor and the other. In 90% of these games help kids learn to behave in different situations, gain self-confidence.

Games that develop the child's abilities 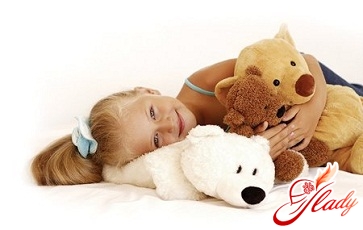 The role of the game in learning can not be overestimated. Teaching a child in the process of playing is much more interesting and productive, the child is much more willing. In the process of playing the child not only get acquainted with geometric shapes, colors and sizes, but also learns to read and count. Parents should not immediately rush and buy the most expensive didactic benefits. For acquaintance of the kid with figures and letters you can use ordinary cardboard cards which are not difficult for making independently. To produce them you will need a tight cardboard, colored markers and transparent tape. Cut the cardboard into equal cards, write letters and numbers on it. You can also glue cubes from cardboard. Top the cardboard with adhesive tape - this will give the cards durability and allow the child to play with them even in the bathroom. However, parents should remember that training in the process of the game in the first place should remain a game. In no case should you force a child to do anything against his will. Such violent training can lead to a completely opposite effect - you can discourage the desire to learn for many years. On sale today you can find games that promote the development of children's creativity. Practically in any children's toy store, parents have a very wide choice:

This is only a small part of what can beinteresting and useful to your baby. The main thing that parents need to remember is that the participation of parents in any game is highly desirable, if not direct, then at least indirect. After all, your attention is necessary for the kid more than anything! We advise you to read:

The child is afraid of the dark. What to do?

How to improve a child's memory

Your child is almost a magician