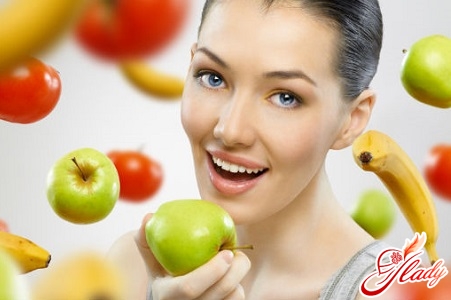 Heartburn is not considered a serious disease, butbrings tangible discomfort to its owner. The sensation of severe burning in the chest, and also the debilitating pain in the throat cause a lot of inconvenience and spoil the mood. And any "tasty" event is immediately overshadowed by already known unpleasant symptoms.

People who often complain about burning inthe stomach, most likely, the lower esophageal sphincter is not elastic or very often relaxes, passing acid from the stomach into the esophagus. The burning process appears at a time when gastric acid enters the esophagus and traumatizes it. Most often, heartburn occurs after eating or intense physical activity. A cause of unpleasant burning can be a banal failure to comply with the key rules of healthy eating: overeating, eating a large amount of fried, spicy, canned, smoked or sweet foods, as well as excessive consumption of alcohol. Also, heartburn occurs due to non-compliance with the diet: too early or late meals, large breaks between meals. But irrational nutrition is not the only cause of heartburn (gastroesophageal reflux). The most common cause of diseases of the digestive organs are stresses. Also, heartburn can be a consequence of an ulcer, gastritis, esophagitis, diaphragmatic hernia or constipation. It can not be said that it is the increased acidity that provokes heartburn, as these symptoms can appear even with a low acidity of the gastric juice. Heartburn can be triggered by taking certain medications, for example, antiasthmatic drugs that lower the tone of the lower esophageal sphincter, which causes the contents of the stomach to enter the esophagus and causes burning. Whatever the reason, for its clarification it is better to turn to the gastroenterologist, and not to make the diagnosis yourself.

What foods can be consumed with heartburn?

What foods are better to exclude from the diet?

Eating large amounts of sugar onlyexacerbates the symptoms of heartburn. It irritates the epithelium of the stomach and esophagus, thus stimulating the release of acid. A high sugar content creates a good environment for the reproduction of gastric bacteria, which, according to medical research, can cause the development of gastric ulcers, and as a result of fermentation of sugar in the stomach produces gas. In order not to provoke the resumption of heartburn symptoms, reduce the consumption of sugar and foods that contain it in large quantities.

Alcohol is one of the few beverages and substances inwhole, which is absorbed directly in the stomach, the remaining components are split in the small intestine. Like sugar, alcohol has a negative effect on the work of the stomach, provoking increased excretion of stomach acid. Also in the lower part of the esophagus it weakens the sphincter, because of which the probability of acid entering the esophagus increases many times.

These components similarly relax the esophageal sphincter, so try to avoid foods, beverages and even chewing gums, flavored with such oils.

Like any other diet, a heartburn dietdemands to give up chocolate. All your favorite treat almost immediately relaxes the closing function of the sphincter. The culprit of all is caffeine or its analog, contained in the tile. With heartburn, the use of chocolate in any form is highly undesirable.

Both tea and coffee contain a certain amountcaffeine, which relaxes the sphincter and causes throbbing of stomach acid. Try to get rid of the addiction to caffeine, but do it slowly to avoid the symptoms of caffeine abstinence: irritability, drowsiness and severe headache.

Such food, like the previous components, is harmfulaffects the work of the sphincter. Therefore, make up your diet so that the share of fatty foods accounted for only 30% of calories, and its absorption is allocated for the whole day, and not one reception.

At first glance, it seems that milk is soothingacts on the stomach, but in fact it only temporarily neutralizes the acid, after which it becomes even more. Dairy products are good as a source of high quality protein, but their use is desirable to combine with other foods.

Even a tasty citrus drink can causea burning sensation in the stomach, the fact is that it disrupts the coordination of the muscular movement of the esophagus, which can lead to spasm and acid release into the stomach. Whatever you like orange juice, gastroenterologists recommend to reduce its use to 50 ml at a time.

All spices, especially capsicum, contain acidic acids, which irritate the lining of the stomach and cause heartburn. During the period of exacerbation, try to exclude spices from the diet.

All products from tomatoes (sauces, pastes, juices) can cause irritation of the walls of the esophagus and stomach, and also disrupt the coordinated work of the esophagus muscles, which direct food into the stomach.

And the most popular way to "quench" heartburn -reception of a weak solution of soda. As it turns out, this option only aggravates a serious condition. As a result of the interaction of gastric juice and soda, unstable carbonic acid and chloride are formed. Carbonic acid, in turn, decomposes into carbon dioxide and water, which stretch the stomach. Indeed, the burning stops, but for a short time. After a short period after taking soda, the production of gastric juice increases, and the "stretched" stomach passes the gastric juice into the esophagus. Traditional medicine is not a panacea. Let heartburn and can not be called a serious disease, but it is not recommended to resort to traditional medicine at all times. Diet for heartburn will be effective in the event that it is painted by a specialist, only he can find out the cause of frequent irritation of the esophagus and recommend medications that will help to eliminate it.

Bronchitis: symptoms and treatment, general information about the disease

Inhalers for bronchial asthma are divided into several types