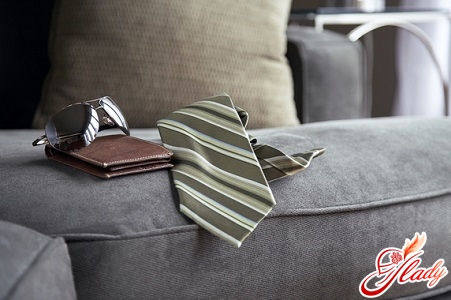 In the family, everyone is divided equally: husband - a tie, his wife - a fur coat. Maybe women know how to take men into circulation, but not everyone can understand these items of the wardrobe and boast of the right knotting. The scheme of tying a tie is not known to everyone. Many men like to wear a tie, considering that it emphasizes their individuality or gets used to it to such an extent that without it they feel uncomfortable or freezing. Some of them consider the wearing of this object as an unavoidable evil, calling it a "boa constrictor". Others do not know anything about tie and do not know how to use a tie. Nevertheless, in men's wardrobe sometimes they can be counted as much as in women's wardrobe shoes. 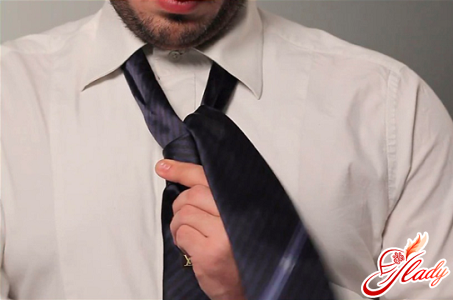 The story of the neck scarves

Most likely, the origins of the appearance of a tiebegin with a simple neck scarf. If in ancient Egypt and ancient China the position in society was determined with the help of neck scarves, then in Ancient Rome handkerchiefs were used exclusively for practical reasons: to prevent the legionnaires from rubbing open body parts with armor. The wide use of these ornaments is due to the French - famous fashion legislators. The initiative is attributed to King Louis XIV. Allegedly he liked beautiful scarves, decorated with brushes, on the necks of Croat warriors, invited to the court for valor and victories in the battles against the Turks. This time is considered the beginning of the victorious march of this accessory. The decoration underwent various changes, corresponding to fashion trends in clothing, then turning into bulky bows, then simplifying to butterflies. Enterprising and practical Americans went the farthest. As early as 1924, the American Langsdorf patented a tie, which was tailored to the oblique of the three parts of matter. The product was ideal - convenient, practical and not intricate. The principles of cutting remain unchanged to the present day. Since then fashion legislators have to change the traditional attribute in men's clothing according to color, pattern, shape, width, length and texture of the fabric, adjusting to the style and tastes of contemporaries. Having limited himself to the classic opening of the "perfect" tie, fashion is refined in inventing new ways of tying tie knots. Despite the existence of only 4 basic ways of tying a knot on a tie, there are a huge number of ways invented for all types of face, neck, collars, etc. The number of ways to tie knots, according to some experts, is approaching a hundred. Men's jewelry under the collar is like a long ribbon, moving from a wide (large) part to a narrow (small) one. It is best to learn how to tie a tie according to the scheme, photos or video. Of the most popular ways, let's look at one that is very useful for the first experience. Having studied it, you can easily tie the knots in other ways. 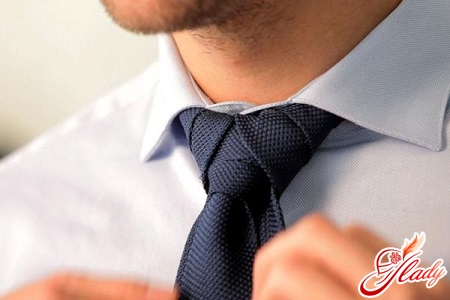 A simple knot or "four"

Check your actions according to the diagram below.

The tie is named Windsor. The name is associated with one of the heirs of the English throne by the Duke of Windsor. Tie it this way:

More details of the technique can be found here.

It is considered a universal way of knotting.

Help yourself using the diagram below.

Pratt Shelby or the "American Knot"

Authorship is attributed to Jerry Pratt and Don Shelby. In addition, the node is called "American". Primitive knot, perfect for narrow collars.

That's all. If it is good to practice tying 4 classic knots, you can do it with skill. Having mastered 4 classical methods, it is possible to easily start to study another fifty. The ability to tie a knot makes it easier for the ladies to choose a tie for a man.

Women's shoes - a tool in the fight against sexism

Swimsuits from the USA

How to choose sunglasses?

The most fashionable clutches: in the favorite unusual shapes

Elite umbrellas for a beautiful lady