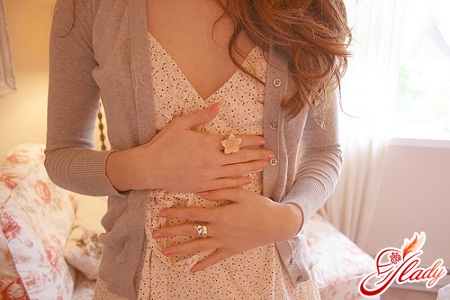 Chronic adnexitis. This diagnosis is given daily to a huge number of women, regardless of their age. And often it is women themselves who are to blame for this disease. Adnexitis is an inflammatory process of the reproductive organs. Adnexitis can occur in both acute and chronic forms. How strongly the disease progression in a woman will be, depends on how much the inflammatory process took place, what exactly caused the inflammation, from the general state of health, in particular, from the work of the immune system.

As a rule, for an experienced doctor - gynecologistdiagnosis of this disease is not difficult. There are a number of signs and complaints of a woman, on the basis of which you can suspect the presence of adnexitis. In addition, sick women complain of symptoms such as:

With this disease, it is possible to increasebody temperature, often to very significant figures. And the more acute the inflammatory process - the higher the body temperature. With chronic adnexitis, a rise in body temperature may not be at all.

A woman can complain of chills, headache, a feeling of severe weakness, nausea, which occurs with significant intoxication of the body.

A woman can complain about pains of varying degrees of intensity. The pain is localized in the lower abdomen and can give to the lumbar region or even the hips.

In addition to pain, with adnexitis in women,as a rule, there are specific vaginal discharge. These secretions can be serous, mucous or purulent, causing irritation and itching in the genital area.

Often acute andexitis without proper treatmentflows into a chronic form. Periodically, adnexitis worsens, and the woman's well-being worsens significantly - a weakness appears, the intensity of pain sensations and the amount of secretions increases. Approximately half of all women suffering from chronic adnexitis, there are such complications as disruption of the reproductive system, lack of sexual desire. In addition, very often in these patients there is a disruption of the normal functioning of the digestive system, in particular, dysbiosis. And from the side of the urinary system, complications such as cystitis, pyelonephritis, bacteriuria are possible. Pain sensations in chronic adnexitis are dull systematic. With physical tension, sexual intercourse, menstruation, after subcooling or in a state of stress, the intensity of pain can be greatly increased. In addition, chronic adnexitis in almost all cases leads to significant disorders of the menstrual cycle - menstruation is either too abundant or meager, but protracted. Also, the chronic course of adnexitis can lead to a commissural process in the fallopian tubes, as a result of which tube obstruction develops and, consequently, secondary infertility occurs.

Causes of the disease

The most common pathogens of chronic adnexitisare gonococci, streptococci, staphylococcus and E. coli. As a rule, these pathogens are activated in the event that the woman's immunity is reduced. That is, these pathogens can be in the body of a woman for a long time, without manifesting themselves in any way. But it's worth the work of the immune system to break down, as chronic adnexitis develops. In addition, there are a number of unique "trigger hooks": sex during menstruation, hypothermia, severe fatigue or stress, diseases of the gastrointestinal tract, endometriosis. In addition, the development of the disease can provoke childbirth, abortion and any other manipulation in the uterine cavity: diagnostic curettage, examination of the uterus and fallopian tubes. To get into the fallopian tubes the causative agent of the disease can be several ways: 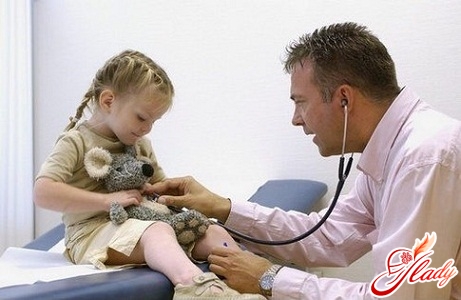 In order to diagnose chronicandexit, the doctor in detail to ask the woman about the features of the course of the disease and will carry out a number of necessary studies. Such studies include: a two-hand gynecological examination, a gynecological smear on the flora, an ultrasound examination and a microbiological examination, and a study of the contents of the fallopian tubes. In order to identify sources of purulent formations and inspect the fallopian tubes, it is necessary to perform laparoscopy. It is necessary not only for diagnosis, but also for the subsequent treatment of both acute and chronic adnexitis. Also, to determine the patency of the fallopian tubes and the degree of severity of the course of the inflammatory process, the doctor can prescribe an X-ray examination of the uterus and fallopian tubes. A laboratory study of the blood test allows you to determine the level of leukocytes, indicating the presence of an inflammatory process in the body of a woman. Based on complex data, the doctor diagnoses the disease and prescribes the necessary treatment.

In the event that a woman feels sharppain in the lower abdomen, you need to seek medical help as soon as possible. In no case, before examining the doctor, it is unacceptable to take any painkillers, as this may complicate the subsequent diagnosis of the disease. In the event that the andeffect has an acute form of flow, the woman should be hospitalized in the gynecological department. She shows complete peace - both physical and psychological. The doctor will examine the woman and prescribe the necessary treatment: painkillers, anti-inflammatory drugs and antibacterial drugs. After the symptoms of acute adnexitis are removed, the woman will have to undergo physiotherapy: electrophoresis with zinc, magnesium, potassium, on the lower abdomen, as well as vibro-massage and ultrasound. These measures help reduce pain, remove swelling of tissues. In addition, they significantly contribute to the resorption of adhesions in the fallopian tubes. Precisely the same treatment is necessary in the event that the adnexitis is chronic. Remember that your health must be taken very seriously. After all, sometimes the most insignificant ailment can cause serious problems, for the elimination of which you will need a considerable amount of effort, time, and sometimes money, because if you have chronic adnexitis, treatment will be long and painful. We advise you to read: