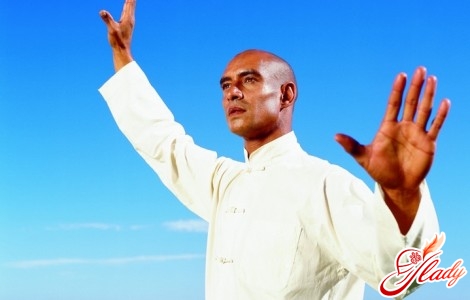 What is Tibetan gymnastics?rejuvenation: the secret of longevity or a scam? Eastern medicine at all times was the object of irrepressible interest, especially among Europeans, who in the Asian way of life attracted literally everything. But first of all - longevity, a minimum of illnesses and active old age. The breathing exercises of the Tibetan monks, which, according to legend, give eternal youth and health, include a whole complex of psycho-physical exercises. However, in order to avoid unjustified hopes and disappointments, everyone, who decided to extend his life with this set of exercises, should understand that as such, eternal youth, as well as immortality, simply does not exist. As each person is individual, the organism of each of us has its own resource of life expectancy. Scientists have long known that the life of an average person of 75-85 years is far from the limit. According to the results of recent research in the field of gerontology, scientists came to the conclusion that the life of the human body is on the average 50-60 years longer than the average life expectancy of a person. Tibetan breathing exercises and various exercises certainly contribute to the prolongation of life, and even in old age can remain cheerful and full of energy.

Gymnastics of Tibetan monks of the Eye of Revivalbecame very popular after the publication of the book by the author Peter Kelder "The Eye of Revival" in 1938. The methodology, built on Buddhist philosophy, found at that time a huge number of followers and adherents, it is fairly well known in our days. Therefore, it requires some clarification. The miraculous complex consists of 5 special exercises, or rather even rituals, each of which is responsible for any energy state. The essence of Tibetan breathing exercises is as follows. According to Buddhism, the human body has nineteen energy centers called "whirlwinds," which rotate at a high speed in a healthy body. They are responsible for providing all systems of the human body with ethereal power. As a result of a disruption in the functioning of one of these vortices, the flow is weakened or completely blocked, and as a result, this is what we all are used to call sickness and old age. To remove this moment, there are five simple exercises that help maintain vortices in a working state. This set of exercises and make up a system of Tibetan rejuvenating gymnastics eye of revival.

Tibetan gymnastics revival eye, like any system of training Tibetan monks, is a set of exercises aimed primarily at educating not so much the body as the spirit.

Tibetan gymnastics for the spine

Osteochondrosis is rapidly growing younger. Is it any wonder that today this disease affects even schoolchildren. This is due to the inactive way of life of modern people. After all, in our time most people have to spend several hours in a row in the office, sitting at the computer. Schoolchildren and students are no exception. They have no easier time, sitting out for 6 lessons, or even more at the school desk. Cartilaginous tissue and muscles of the spine without movement seem to "rust". To avoid this, take yourself 2 times a day: in the morning and in the evening to do Tibetan gymnastics for the spine. After all, wise Tibetans knowingly consider the flexibility of the body and joints as one of the main signs of youth. That is why all oriental techniques, without exception, are aimed at developing the flexibility of the body. The Tibetan rejuvenating gymnastics of the eye of revival is now very popular all over the world, all thanks to its efficiency and undeniable advantage: it is very simple and takes no more than 15 minutes a day. It includes a whole complex of exercises that help improve the lubrication of the cartilaginous discs of the spine and the blood supply to the back muscles. With muscle overstrain, as well as clamping of nerve endings, it takes only a few days to do the exercises, as pain and discomfort in the back disappear without a trace. And all this is due to the fact that the Tibetan gymnastics for the spine is made in such a way that it allows stretching the spinal cord membranes.

According to experts in gymnastics andfitness, gymnastics of Tibetan monks - this is a very safe and effective set of exercises, strengthening ligaments, joints and the whole body as a whole. Moreover, it still promotes weight loss. Therefore, Tibetan gymnastics for weight loss is the best way to lose a few pounds of excess weight and at least lose weight by one size. To do this, it takes only every day to perform all the above exercises for 15-20 minutes, which includes this system. But whether this method prolongs life, the question remains open. However, in any case, this gymnastics has not harmed anyone yet. So, with Tibetan gymnastics for weight loss everything is clear, the results will not take long to wait, the main thing is to systematically perform a set of exercises. Start better with 3-5 repetitions of each exercise, bringing them gradually to 21: adding 2 reps each week. Perhaps, at first, the gymnastics of Tibetan monks will seem ridiculous and full of mystical meaning. However, Tibetan yogis are sure that this is the way a person receives the healing energy of the earth and the sky. We advise you to read:

Losing weight hands to your strength!

Exercises for the feet at home. Slender legs at home