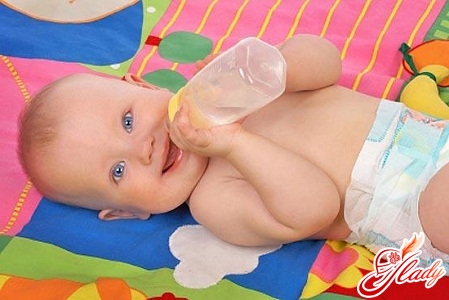 Remember how very recently you bought the mostbeautiful and anatomically correct pacifiers? And now before you there is another question - how to disaccustom a child to suck a nipple? This process is very responsible and in no case should it be approached with frivolity. A dummy is only a seemingly innocuous thing, however, in fact, a dummy means a lot for the child and seriously affects children's development and peace of mind. As everyone has long known - the sucking reflex is one of the strongest and most important reflexes in an infant. The sucking reflex appears during intrauterine development. Specialists who conduct ultrasound examination of pregnant women can very often observe how a baby sucks a finger, and at a fairly early pregnancy. And the kid does not just do it. Sucking a finger stimulates the development of the digestive system, in addition, it allows you to acquire the habit of sucking, which is simply vital to the child after birth in order to get mom's milk. In addition, the process of sucking has a significant calming effect on the baby's nervous system. For sure, each of us watched how quickly desperately crying baby calms down after receiving a pacifier. After all, after the nipple was in the mouth of the baby, he immediately switches from the source of irritation to the usual for the act of sucking. A dummy helps the child to relax and even fall asleep - that's why so many children insistently require a pacifier before bed. The nipple is almost always perceived by the baby, as something very pleasant, so the dependence on the pacifier is formed very, very quickly. It is widely believed that sucking dummy often leads to a curvature of the teeth and a violation of normal bite. However, doctors believe that the problem is artificially inflated and problems with bite due to sucking on the nipples are extremely rare. And on the growth of permanent teeth, the nipple in general can not be affected in any way. In addition, sucking a pacifier is often replaced by sucking a finger, which affects the bite much more negatively. Therefore, parents should think hard about when to wean a child from a dummy. In addition, if a child simply keeps a pacifier in his mouth, the risk of a pathological violation is almost zero. But if a child is intensely sucking a pacifier, there may be problems with milk teeth - but only if it is about children over one year old. In this case, you need to immediately contact a pediatric dentist and together with him decide when to wean the child from a dummy. Moreover, the dentist can also give very valuable advice on how to disaccustom a child to suck a nipple. Many mothers have been making the same mistake for more than a decade - they dip a pacifier in sweet water or syrup. Remember that this measure not only increases the child's addiction to the dummy, but also negatively affects the condition of the teeth, provoking the appearance of caries. As already mentioned above, then, when a child is weaned from the nipple, each mother must decide for herself, there are several cases when it is necessary urgently to wean the child from the nipple:

Methods of weaning the child from the nipple 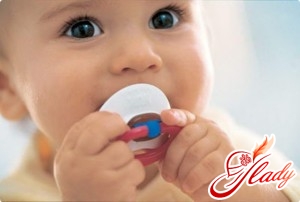 So, the time comes when the child needswean from the nipples. Each mother has her own reasons for this, but whatever they were, the mother should be ready for the fact that this process can take considerable time and nerves. Do not try to find some kind of universal instruction for weaning a child from a dummy - just wasting your time. Each child is individual, and the mother must take into account all the psychological characteristics of her crumbs. In this article, only general recommendations are given, designed to help mother orient, whereby the child must be weaned from the nipple. The first question that worries all parents, this is at what age it is necessary to begin to wean the child from a dummy. Child psychologists do not recommend doing this earlier than in a year and a half. However, some children and at three years psychologically are not able to painlessly abandon the nipple and at three years old. Do not focus on examples of friends and listen to the advice of more experienced mom on how to wean the baby from the nipple - their experience can help you not always. As a rule, an attentive mother can fairly accurately determine when the child is weaned from the nipple, watching his behavior. Child psychologists and pediatricians distinguish two types of methods of how to wean the child from the nipple - gradual and abrupt. What method is suitable for your baby - it's up to you. It is reasonable enough to try a harsh method first, and if it does not work out, apply a gradual method of weaning from a dummy. Excommunication of a baby from a dummy in a sparing slow method is less traumatic, which means that it can be used practically at any age. However, be sure to take into account the fact that in order for the child to completely lose the habit of a pacifier, you will need at least 3 to 4 months, so start the process of weaning in advance. The most important rule on which the gradual method is based is - do not give the baby a dummy whenever he cries. Try to calm the baby in some other way, for example, to distract his attention, take him in hands or just caress. Perhaps the child will not calm down immediately, but do not immediately give up and give him a nipple. Also, try to prevent the child from sucking a pacifier without special need. The nipple for the period of weanings should be given to the child only in case of really extreme necessity - if the kid is frightened, feels bad and other good reasons. And immediately after the crumb will stop crying - get distracted or fall asleep, immediately take away his pacifier, so that he does not notice it. Try not to store a pacifier, not only in the reach zone, but also in the child's field of vision. Gradually, the child will learn to spend a considerable part of the time without a pacifier. After the child stops experiencing the need for sucking pacifiers during the day, it is necessary to begin to wean the child to sleep with a pacifier. How to wean a child from a dummy? This is done on the same principle as disaccussion during the day. Before going to bed, try to calm the child in other ways - rocking on your hands, stroking the back, a song. Sharp weaning from the nipple is preferable in older children who are already consciously controlling their actions. Many mothers simply throw out a pacifier, explaining nothing to the baby, and do not pay attention to his cries. However, this method is also able to severely injure the fragile child's psyche. And even a sharp ablation from the dummy still requires some preparation from the parents. First you have to limit sucking dummies outside the house, for example, in a store or for a walk. Just do not take a pacifier with you, motivating this kid that you forgot her at home. Then do not give a pacifier during games, watching cartoons or swimming. Their actions are supported by explanations that the baby is already big and soon he will have to give up the dummy completely. This will help the child gradually get used to the idea that with a pacifier will soon have to say goodbye forever. Be sure to arrange a small celebration in honor of abandoning the pacifier. Buy a kid a gift that you give him in exchange for a pacifier. In advance, choose a date for the holiday, but remember that small children have a completely different perception of time and even "tomorrow" it seems to be something far away. You can come up with some kind of beautiful fairy tale, for example, about a fairy squirrel, which really needs a nipple for its little squirrel. As a rule, children at this age are very responsive and readily respond to the call for help. But the legend that a dog stole a nipple can cause a child not only resentment, but also anger. Also, there are several recommendations that will help you make the process of weaning the child from the dummy the least painless:

After you wean the baby from the dummy,there will come a time when weaning the child from the bottle will also become necessary. When the child is weaned from the bottle, the mother must decide for herself - she will notice that the baby is ready for this. Among pediatricians there is no unequivocal opinion about when and how to wean the child from a bottle. Some children are able to do without a bottle in 10 months, and others in two years can not without a bottle. However, from about 10 months already, you can teach your child to drink. By the way, drinker is the easiest way to disaccustom a child from a bottle. Buy a bright and colorful drink that is able to attract the attention of the baby. As a rule, at this age all the children are drawn to everything new and unknown. And they will gladly drink from the drinker. After some time, the cap of the pointer can be removed, turning it into a cup. Children quickly get used to drinking from a cup and willingly part with a bottle. If your kid is stubborn, you can go for a little trick - dilute the milk in a bottle with water, and leave a solid one in the cup. Baby will very soon notice the difference and will prefer to drink from the cup. We advise you to read:

What is sling: back to the future!

How to choose a highchair for a baby

The Montessori group is a reasonable helper