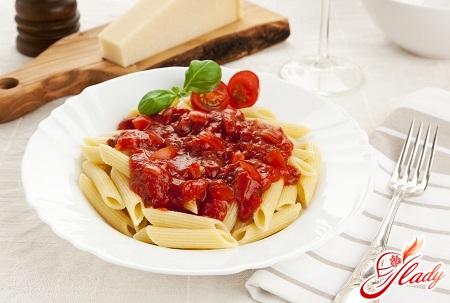 The history of cooking is a very fascinating topic, so let's get acquainted with the history of the pasta recipe for spaghetti before we start cooking. 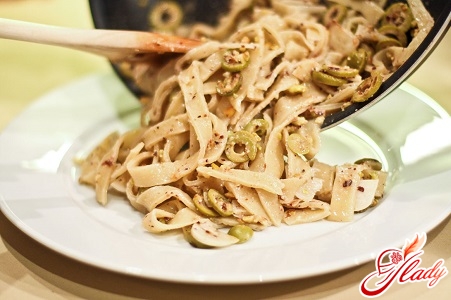 Where did the Italian pasta come from?

Spaghetti with tomato sauce - Corona dishItalian cuisine, which for sure everyone tried. The history of the recipe is inseparably linked with the history of Italy itself. It's safe to say that spaghetti would not have been so popular if it had not been for the development and perfection of delicious sauces that give a special flavor to the dish. Initially, the Italians used sauces, so that the food was not just "dry". That is, the first sauces were nothing more than ordinary broth, and the cooks believed that the meat gives the main flavor to the dish. As different greens and spices were imported by the Romans, these sauces became more delicious - at least for those who could afford them. The oldest of all Italian sauces is pesto sauce. This is a transparent sauce, the recipe of which consists of olive oil, basil, nuts, cheese. All the ingredients were finely grinded with a mortar and pestle. Pesto was originally used as a seasoning for flavoring broths or simple soups. But the recipe for Italian sauce for pasta from tomatoes appeared much later. Why is that? Because tomatoes were originally from South America, and not from Italy. And they were brought to the European markets somewhere in the 1500s. In addition, tomatoes were at first considered poisonous, and thus they were considered only as an ornamental plant. Only later they began to eat. The earliest known Italian red sauce was the famous marinara sauce. His recipe was invented in the area of ​​Naples. The word "marinara" in translation from Italian means "at sea", since early marinara sauces often contained seafood. In the late 1800s a considerable number of Italians emigrated to the USA, Australia and other countries, taking with them a recipe of the national dish and distributing it among numerous other cultures. Thus, a combination of spaghetti and red sauce had to taste to other people. Ultimately, the recipe for Italian pasta has become famous and popular all over the world. 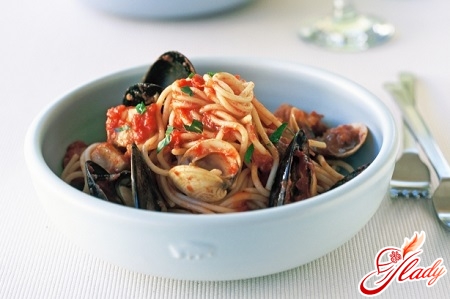 The recipe for pasta with marinara sauce 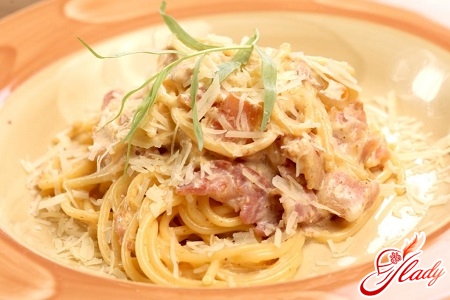 The recipe for Carbonara paste

How to choose a sauce for spaghetti?

These tips will help you find a match betweenvarious kinds of spaghetti and sauces that are most suited to them. The main thing here is for the sauce to adhere well to the surface of spaghetti. When this happens, the noodles absorb the taste of the sauce better, and the whole dish becomes more delicious. This is the main reason why you should stop adding oil to spaghetti during cooking, because if the oil is added, it covers the outer surface of the spaghetti and prevents sticking of the sauce. The general rule is that the thinner and longer the spaghetti, the safer it should be for them; and vice versa: the thicker and shorter the spaghetti, the thicker the sauce should be. Below are specific recommendations for each of the different types of spaghetti. Keep in mind that these are not strict rules that no one dares to violate. These are just tips, tested by time and experience. Long pasta: linguini, fettuccini, tagliatelle. For them suitable thick cheese or cream sauces; Oily sauces with slices of herbs, vegetables; tomato sauces; sauces with large pieces of meat, seafood. Thin paste: spaghettini, spaghetti, fedelini. They are characterized by an average density of cheese and cream sauces; Oily sauces with small pieces of herbs, vegetables; tomato sauces; sauces with small pieces of meat, chicken or seafood. Fine pasta: vermicelli and another. Suitable liquid cream sauces; Oily sauces with very thin and small pieces of herbs, vegetables; liquid tomato sauces.

Potato casserole with fish: fast, tasty and even festive