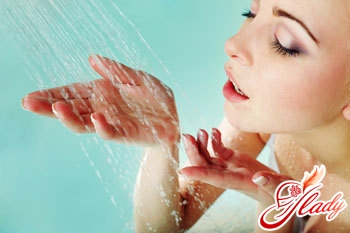 Water is the cradle of all life. It is unlikely that any sensible person will hardly decide to argue with this statement. But at the same time, almost all people are sure that water is an absolutely simple and thoroughly studied chemical element of H2O. But in reality this is not so. At all times, including modernity, water has been and is one of the most difficult puzzles for scientists. The properties of the water of scientists are of interest for more than a decade, but until the end they have not been clarified to this day. And this is not surprising - because water is an absolutely unique substance. For example, practically all substances are compressed during cooling. And the water, on the contrary, expands. Or take the density. In the frozen state, water has a much lower density than in the liquid state. And such questions are endless.

The importance of water in the body

Also, scientists are still not up to the endclarified questions about the role of water in human life. But the fact that it is indispensable and the functioning of the body without water is simply impossible - undeniable. As you know, the human body is 70% water. Human bones contain about 22% water, lungs - 80%, heart - 75%, muscles - 60%, the brain - 90%, blood and lymph fluid - 95%. At a more detailed examination, the scientists found out that in addition to the fact that the cell of the body itself is more composed of water, it is also in the intercellular fluid. And there is nothing surprising in the fact that if a person consumes an insufficient amount of water and the cells do not saturate properly, the full functioning of the body is impossible, the person's health also suffers. It is water that is the basis of all drinks, without exception, that people drink. And this concerns, in principle, not only drinks, but also all products without exception. For example, bread contains about 35% of water, meat - about 60%, tomatoes - 90. And that's why it's not even necessary to say that the organism suffers very much from water shortage. In the event that a person has felt an unintelligible fatigue, drowsiness or extreme thirst, especially if the ambient temperature is not so high, most likely, you have the first signs of dehydration. And dehydration is extremely dangerous for the human body. And very often the person himself becomes the culprit of dehydration of the body. For example, people believe that if they drink a lot of coffee, tea or beer, they do not face a lack of water. However, this is not the case at all - very many drinks, for example, such as wine, beer, tea or coffee, not only do not saturate the body with water, but, on the contrary, contribute to the removal of water from the body, thus contributing to even more dehydration. Also among people there is another widespread misconception that in winter the body needs much less water than in the summer. However, such a drinking regime is the right way to dehydrate the body. The daily need for an adult human body in water is at least one and a half liters. In the hot season, this need is increased to three liters. Any person is able to independently calculate the average daily fluid demand for his organism. To do this, it is enough to remember that for every kilogram of body weight, the body should receive 40 grams. Water. If you drink the right amount of water, no dehydration and other complications associated with it, you will be fearless. And believe me - these complications can be very, very serious. 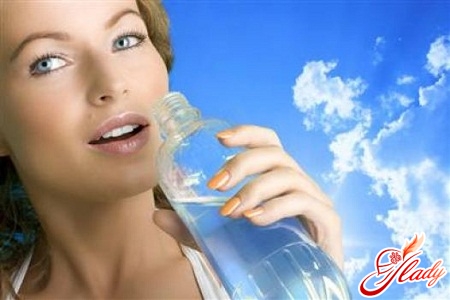 Doctors also argue that dehydrationorganism, especially those with a chronic form, often provokes a variety of diseases, often quite serious. For example, cancer. The latest research by oncologists proves that chronic dehydration increases the risk of developing cancer by about 40%. Agree - quite an impressive figure. In addition, the amazing properties of water protect the human body from such adversities as diseases of the stove and kidney, gall bladder. Medical statistics show that 67% of people suffering from such diseases had chronic dehydration. And, in addition, the amazing properties of water help the body cope even with viral diseases and flu. In order to reduce the risk of infection, doctors recommend that people during epidemics and in the off-season increase the amount of fluid drunk by about 30%.

However, the properties of water, of course, directlydepend on its quality. A person can drink only clean water of proper quality, which does not contain any harmful impurities. Very many people are accustomed to drinking tap water directly from the tap, without cleaning it. However, to the great regret, the state of the majority of water supply systems in Russia, and not only in Russia, is so deplorable that it is extremely inconsiderate and dangerous for the human body to drink water without first cleaning it. The overwhelming majority of people mistakenly believe that tap water boils quite easily, after which it can be drunk. However, this is far from the case - simple boiling is not enough even for all microbes to perish. And about that, and nitrates, and phenol, and pesticides, and heavy metals after boiling and remain in the water, even you can not speak. Therefore, tap water must be cleaned with special filters. You can buy these filters on a free sale. And, in addition, boiling has another very significant drawback. At the time of boiling on the walls of the kettle there are calcium and magnesium salts, so necessary for the human body. After all, the main part of these salts is obtained from water. In addition to the use of special filters, doctors recommend using a method of purifying water, such as sedimentation. Water should be defended for approximately 6 hours, only in open dishes. The chlorine contained in the water will evaporate, and all those harmful substances, chemical elements, salts and heavy metals that are harmful to health, will settle on the bottom of the tank. Pay close attention to this fact - after two thirds of the water is used, the remaining part of the water must be drained. If you do not want to bother with filters and water settling, you can use for drinking special purified bottled water, which is sold in almost all stores. Such water is already completely ready for use. By the way, doctors recommend that you also use purified or bottled water for cooking. After all, if you cook food on tap water, all harmful substances will still fall into the human body and will have its negative impact on it. Now, knowing the basic properties of water, you can make it your ally in the struggle for your health! We advise you to read:

The smell of acetone from the mouth is a bad sign

Cracks in the labia: causes, treatment