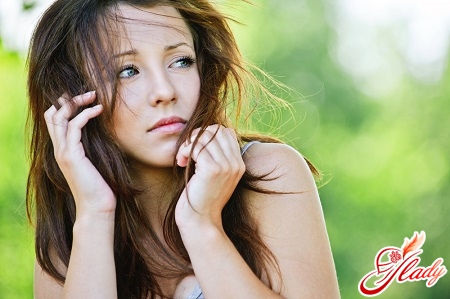 In the life of each of us there are such situations,when we are experiencing anxiety. We worry, worry and are afraid for the child who went to study in another city, for old parents who are constantly sick for themselves, so it is rather difficult for us to predict what will happen in the future. Agree, the situation obliges to feel such feelings. Anxiety is some kind of protective mechanism of our nervous system that forces us to gather strength and solve the problem. Otherwise, we would hardly have tried to change anything if we were firmly convinced that everything would be fine. And so, when we worry about someone or something, stress develops in our body. As a result, we find a way out of this situation. How is anxiety usually manifested? The person starts to beat faster the heart, sweating raises, there is a small chill, the blood is cast from the face. In this case, such a person experiences a slight discomfort. But all these symptoms quickly pass and do not fit into the notion of a clinical picture of a panic attack. As was said above, we often worry (almost every day). But there is always a reason. If a person is constantly tense, afraid of something and worries all the time, and for no apparent reason, then this is already considered a deviation from the norm. Panic attacks overtake such people in the most unexpected moments, and there may not be a reason for this. Ill person can not work normally, rest, enjoy life. And you can not cope with this disorder on your own. It takes a long treatment from a specialist. And the sooner a person turns to him, the better.

First, you need to understand whatIn fact, they represent panic attacks. These are recurring seizures of anxiety that occur suddenly and without cause. They are accompanied by unreasonable fear, anxiety, phobia. This attack lasts an average of about an hour, no more. Thus the person simply ceases to supervise itself. It is characteristic that such seizures are unfounded when life is not threatened. Most often, a panic attack begins in a crowded place or in a confined space. A sense of anxiety can arise from incomprehensible noise, a sunny bunny in the window, bright headlights - it's hard to predict what will cause a panic attack this time. To date, it is still impossible to answer the question, why do panic attacks occur in one or another person? But usually seizures appear after some serious shock, because of stressful situations, long and strong emotional stress. At the same time an important role is played by the physical and psychological health of a person, as well as predisposition to such diseases. For example, if one of the ancestors suffered from panic attacks, the offspring may also have such violations, and the first signs can be seen even in childhood. However, of course, parents of such manifestations almost always leave without due attention. And it's not surprising, because they do not realize that their child can face this ailment. Thus, in the risk zone are people who have health problems (especially with heart disease, thyroid gland), as well as persons who abuse or are fond of tasting alcohol. By the way, a panic attack is the main "friend" of a hangover. But, regardless of what is the cause of this pathology, in any case, you should immediately go to a doctor to undergo a course of treatment. Ignore the treatment of panic attacks in no case it is impossible - otherwise you risk to earn serious problems with the psyche. 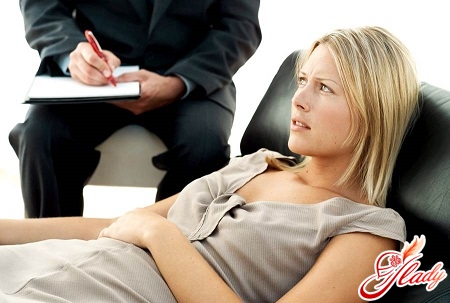 At first sight it is rather difficult to distinguishpanic attack from usual anxiety. Only an experienced specialist will be able to diagnose, naturally, based on an analysis of the patient's behavior. Signs of the disease are very diverse - they can be not only fears and excitement. For example, such a person can not behave normally in everyday life, it is difficult for him to adapt to what is happening around him. A person avoids people, especially strangers, tries to avoid public places - even a simple trip to the store becomes a real test. Threats appear everywhere - in a passing vehicle running through a dog. At night, people are very often disturbed by nightmares. In a word, a person's life turns into a real nightmare. Helplessness, apathy, anger to the whole world is the highest point of apogee, when a person simply needs the help of a psychiatrist and neuropathologist. So, a specialist should go if the seizures happen too often (2-3 times a month). After the panic attack ends, you feel a strong weakness, as if you worked the second day without sleep. At the same time, you developed a phobia that prevents you from living normally. Yes, we all are afraid of something: darkness, spiders, dentists. But healthy people manage to overcome this - otherwise we can talk about the symptoms of a panic attack. A sick man can develop a fear of closed or open spaces, to cope with which does not work independently. Usually such a person believes that the crowd, the elevator, the corridor, etc. things are a threat to his life. And he tries to avoid such places where people can gather, constantly climb stairs to the upper floors, etc. If you do not begin to treat panic attacks in time, later seizures will be accompanied by nervous breakdowns, problems with the cardiovascular system, inability to distinguish real things from unreal. Cases of loss of consciousness in a "dangerous" situation are not uncommon. Therefore, the first task of the doctor is to teach the patient to control himself. Only after the patient realizes that panic attacks do not pose a threat to his life, one can get rid of the disease. Naturally, during this period it is better to abandon the driving of vehicles and perform hard work.

People who went to the hospital with complaints aboutcauseless panic, can additionally send to ultrasound, ECG. You will also need to take tests (blood, urine). Plus, without examination from other specialists (therapists, endocrinologists, narcologists, gastroenterologists) is indispensable. Such measures are necessary in order to identify the possible cause of the appearance of such a disorder. Otherwise, it will be very difficult to treat the disease. For example, there may be problems with the thyroid gland, because of which there was a hormonal failure. Panic attacks, nervousness, epilepsy - these disorders sometimes quite similar to each other. And those who did not face this before, can hardly make a correct diagnosis. No treatment of the psyche will be effective if the underlying disease is not cured. That's why the doctor should be treated immediately, as soon as you notice the first signs of ailment. If you try to just remove the attack, it will not lead to anything good - the disease needs to be treated. 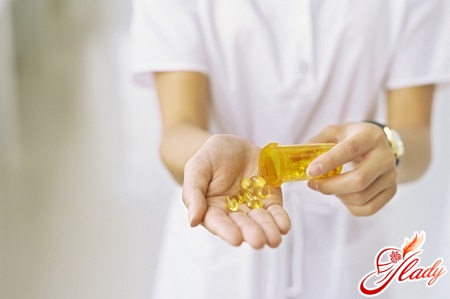 How to get rid of panic attacks?

As you know, just get rid ofattacks you are unlikely to succeed. We will have to undergo long-term treatment, drink special medications (tranquilizers), which will help cope with the manifestations of a panic attack. Treatment can take a very long time - from a month to a year, depending on the neglect of the situation. Once again, we need to consult a doctor right away, at the first signs of the disease. To engage in self-medication in this case is not worth it, since tablets to each individual person are selected individually. An important role is played not only by the patient's condition, but also by his lifestyle, the presence of any accompanying symptoms and diseases. By the way, in order to avoid complications, you should tell the doctor about the drugs that you are currently taking, as well as allergies to certain substances. During the treatment period, many "pleasures" will have to be abandoned: smoking, alcohol. With alcohol it is better not to play, since a mixture of tablets and booze has never led to good. It may all end sadly, even to death. The same goes for drugs. Yes, and seemingly harmless nicotine contributes to the emergence of symptoms of panic attack. Of course, it will not be easy, but since you have made a decision to treat this ailment, collect all your will into a fist. Of course, this phenomenon is very unpleasant, but do not despair - if you turn to a specialist on time, follow all the recommendations, after a couple of months you will become much easier. In a year you will forget about what panic attacks are. The main thing is to entrust your health to an experienced specialist who has already cured not one patient. And who knows how to treat you.

How to get rid of anxiety and fear?

Barriers to communication: how to overcome them

Kinds of feelings and emotions of a person: the sensations that life gives to us

Fear of heights: phobia and the causes of its appearance

How to quickly forget a guy and heal your wounds