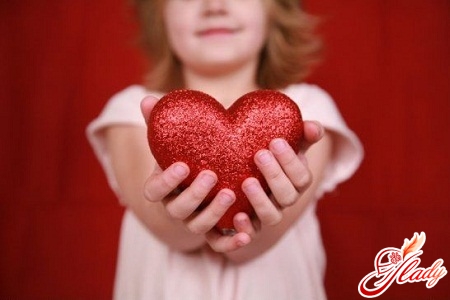 Open oval window. A similar diagnosis is heard by the parents of about one crumb of three hundred. Such a diagnosis is made on the basis of ultrasound examination of the child's heart. Of course, any mom and dad will just be dumbfounded after hearing a similar diagnosis from the doctor. They have dozens of various alarms and questions, for example, why it happened, can it go on its own and how soon, what consequences can there be, who is to blame and what to do? And this anxiety of parents is absolutely clear and natural - in fact the health of the child is always on the first place with any father and mother. I would like to immediately reassure my parents - do not engage in self-flagellation, because to provide the possibility of developing such an anomaly in advance, even with all the huge desire, simply impossible. And the second - no matter how unpleasant this pathology was, it does not pose a direct threat to the child's life.

What is an open oval window?

The doctor should tell the parents about theall the nuances of this cardiac anomaly. However, in practice, unfortunately, this is not always the case. For some reason, many doctors mistakenly believe that this information is not necessary for parents. And the parents are either in painful ignorance, or independently try to find information in various sources, sometimes not quite right. It was for these parents that this article was written. After reading it, you will have enough information that will allow you to have an accurate idea of ​​what exactly is happening with your child, and how it can be helped. So, what is an open oval window? These terms doctors call that cardiac anomaly, in which either the full or partial, but preserved, the communication between the right and left atrium that exists in any child during intrauterine development. Blood supply in the child during intrauterine development occurs with the participation of a wide oval window in the heart. After the baby is born and makes its first breath, the pressure between the atria changes radically. With the proper development of the child, the edges of the wide oval window fuse with the edges of the valve. Approximately half a year of the child's oval window is completely closed in about half of all babies. Another 30% of children close the oval window by the end of the first year of life. In all other cases, closing the oval window can occur completely spontaneously, and at any time. According to medical statistics and observations of cardiologists, about 15 percent of adults are also diagnosed with an open oval window.

Symptoms of this pathology

As a rule, in the overwhelming majority of casesThe child's open oval window does not show any symptoms. It is revealed in the majority completely by accident, during a planned ultrasound study. However, nevertheless, there are several nuances according to which an experienced pediatrician can suspect that a child may have the presence of this cardiac pathology:

If a doctor has any suspicions about an open oval window, he will necessarily send the child to an ultrasound examination of the heart and consult a doctor - cardiologist.

Two views on one problem

There are two medical points of view on the problemopen oval window in children. Supporters of one of the versions are firmly convinced that the open oval window is absolutely harmless phenomenon, which requires absolutely no attention from the cardiologist. And even more so, should not become a cause for concern and panic for parents. Supporters of this view believe that with a given cardiac abnormality, hemodynamic disturbances do not occur. And accordingly, and surgical intervention for the purpose of correction has no justified meaning. Supporters of another point of view believe that such a cardiac anomaly eloquently testifies that a child who has an oval window open has a much higher risk of developing conditions that endanger the child's life, for example, embolism. However, as practice shows, in children with an open oval window such a complication occurs no more often than in healthy children. The only case in which the risk of developing such complications really increases significantly is if the child is professionally engaged in a particular sport. This is due to the fact that both psychoemotional and physical exertion largely exceed the ones laid down by the child according to age norms. And one more case in which the risk of developing complications of the open oval window may increase - this is if the child, among other things, has an anomaly of the heart, like the aneurysm of the interstitial septum. In this case, the probability of occurrence of cardioembolic complications increases by at least 50%.

So, the doctor made all the necessary examinationschild, on the basis of which an accurate diagnosis was made: "an open oval window". The most important question to be discussed by the parents and the cardiologist is what to do next? What measures will the doctor take, and what should be the line of behavior of the parents, if the baby has this pathology of the heart? As a rule, the doctor chooses the following tactics for running such a small patient. The child should be constantly under the strict supervision of a cardiologist. Parents should maintain close contact with the cardiologist, informing him of all, even very minor changes in the condition of the child. Approximately once a year the child should undergo a study that will help establish the exact size of the oval window. In the event that the size of the oval window begins to decrease, the doctor will continue to take a wait-and-see policy. Sooner or later, in such cases, the oval window completely completely independently closes itself. In the same case, if for some reason this does not happen for a long time, the doctor can decide on the need for a surgical intervention, the purpose of which is the artificial closure of the window. I would like once again to call on moms and dads, whose children have an open oval window, to calmness. Panic is never a good helper! We advise you to read:

Herpes in children: treatment, as well as manifestations and symptoms of childhood herpes

How to teach a child to brush his teeth correctly?

Why does a newborn baby hiccup? Causes of hiccups in infants