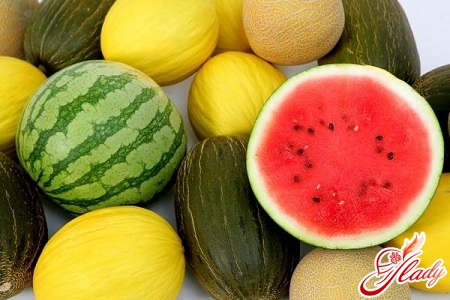 Cultivation of watermelons and melons is a busy andsimple at the same time. These are melons and melons, and melons since the centuries have been smashed in southern arid regions. Therefore, for the middle belt and other (not southern) regions of Russia melon cultures remain peculiar exotic. However, the ability to grow non-traditional for a certain zone of garden or garden plants has always been considered an indicator of special skill. Here and try to gardeners this skill is honed, planting on their sites all sorts of exotics. Melons and watermelons can not be better suited for such experiments. This is an annual culture, which is not terrible severe winters, and grow them, in general, quite easily. Let's consider the basic rules of growing watermelons and melons, as well as learn the features of agricultural technology of these crops in conditions that are not typical for them.

Why in the southern regions are these cropsgrow without problems? The fact is, melons - heat and light-loving crops. For the germination of their seeds, a temperature of at least seventeen degrees is required, and the most suitable temperature is from twenty-five to thirty-five degrees. The optimum temperature for growth is from twenty-seven to thirty degrees in the daytime and at least eighteen degrees at night. In addition, melon plants are drought-resistant and react poorly to high humidity, which provokes the development of fungal diseases. The optimum humidity for the successful growth of these crops should not be above seventy percent. It is to these conditions that the climate of the Lower Volga region and Pridonia (Astrakhan, Volgograd, Rostov region), where melons and watermelons are grown without any problems, can not be better. However, simply sowing seeds in the ground and safely forgetting them is also not a method of agricultural engineering. These cultures require care. 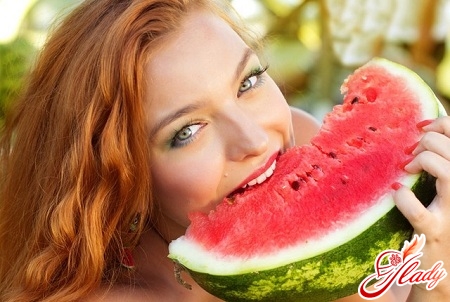 Two - three-year seeds sow in the open ground,as soon as the appropriate weather is established. For a better harvest, the seeds can be pre-germinated by soaking for a day and discarding "dummies". The site, intended for the cultivation of watermelons and melons, must be dug, and plowing should be deep. Sow these cultures in a nest way: five to six seeds per well, located at a distance of one and a half to two meters for watermelons and one to one and a half meters for melons. Seeds of watermelon are embedded in the soil for five to six centimeters, the depth of planting melon seeds is three to four centimeters. The seeds germinate in about eight days, after which they are thinned, leaving one or two strong sprouts. As soon as the second pair of true leaves appears on the shoots, the first loosening of rows and hilling of the plants is carried out. The second loosening and hilling should be done before the stems begin to spread. At the same time, we need to weed the crops.

Watering watermelons and melons can be done only up tothe beginning of the ripening of the fruit and only with the urgent need. Water these plants not under the root and not on the sheet, but in furrows, dug in the inter-row. Categorically contraindicated to these crops is waterlogging of the soil. First, the plants react poorly to it, and secondly, it contributes to the development of anthracnose (fungal disease).

In the middle zone of Russia watermelons and melons can also begrow outdoors. True, it is necessary to choose early- or medium-ripening varieties. Recommended varieties (F1) of watermelons: near Moscow Charleston, Present to the North, Krimstar, Pink champagne. Of all the melon varieties, it is better to choose Cinderella, which gives rather sweet fruits, but it is less capricious. In unusual conditions, melons are grown in seedlings and under temporary film shelter. Seeds (two pieces) are sown in pots with a diameter of not less than ten centimeters. Before sowing seeds are soaked, and for friendly shoots they are provided with a temperature of at least twenty-seven degrees. The planting of seedlings is carried out approximately in the middle of April, therefore in additional illumination it does not need. In the seedling period watermelons and melons are fed twice with mineral fertilizers and make sure that the sprouts in neighboring pots do not touch the leaves. Plant plants in the open ground not earlier than mid-May, when shoots will give three or five real leaves. A week before the planting, the seedlings are tempered, gradually reducing the temperature and conducting airing. And one more important point: the melon seedling must be pinched over the third or fifth sheet. After planting, the plants are covered with a film tent and do not remove the shelter until about the middle of June. You can remove the film only for airing purposes and only in the daytime. After the film is completely removed, the crops are weeded and loosened, and the whips are evenly spread over the bed. After the appearance of the first three (but not more) fruits, all other ovaries are removed, and the tops of the lashes are plucked. In conditions of a damp climate, the plates are put under the fastened fruit, and the plants themselves are covered during the rain, protecting them from excess moisture. 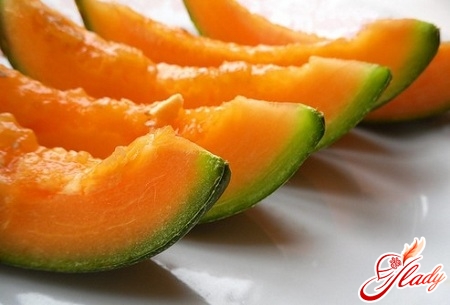 Growing in the greenhouse

For greenhouse cultivation of watermelons and melonssuitable for any sufficiently spacious greenhouses. Seedlings are grown as well as for open ground, and planted in greenhouses, placing holes at a distance of half a meter, and rows of holes making through seventy centimeters. Planting seedlings, about one and a half kilograms of humus are poured into each well, watered with warm water, and plants are planted in the resulting thick slurry. After that, each hole is covered (from the sides) with dry earth, so that the crust does not appear.

In the first week after planting seedlings in the greenhouseplants do not need any care. It is only necessary to ventilate the greenhouse in warm sunny weather, opening the windows or turning the film. A week later, the plants are watered with warm water and nourished with nitrogen fertilizers. Together with this, plants are tied up (like cucumbers). Watermelons are grown in one stem, removing all the shoots without ovaries, and the whips with the fruits are pricked through three leaves after the ovary. When the whip grows to the end of the support, they are also pricked. The melon tie the main stem and one or two lateral shoots. To grow melons leave only the strongest "side", the rest of the whip without regret is removed. Before the ripening of fruits in greenhouse conditions, the plants are watered no more often than once a week in furrows near the wells and also carry out one or two complex additional fertilizing. Pollination of melons for melons is necessary for pollination. And if insects do not fly into the greenhouse, then artificial pollination must be carried out, transferring the pollen from the male flowers to the female flowers. Growing watermelons and melons in a greenhouse, it is necessary to tie not only the whips, but the fruits themselves. When they reach the size of a large apple, they are placed in a mesh (it is possible with a skeleton), and the mesh itself is tied to a support. Here are such simple rules for growing melons and gourds. So the inappropriate climate of truck farmers is not a hindrance. Water melons and melons can easily be grown on their own site, only armed with the necessary knowledge and observing certain rules. Have a good harvest! We advise you to read:

Room Mint. How to grow?