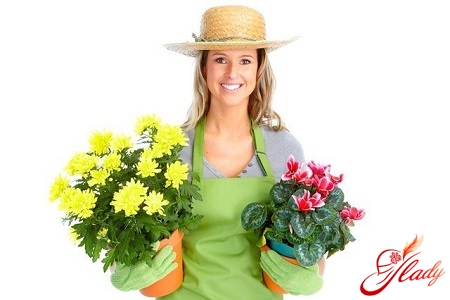 House in which there are houseplants, beautifuloriginally. The air in it is felt fresh, the light is brighter, and the walls are cleaner. The islets of greenery pleases the eye and are able to become a good hobby for their owners. However, as in any other spheres of life, you will inevitably come across a problem - flower diseases. All living organisms are susceptible to the influence of pathogenic microbes, including plants. We offer you a small guide to the diseases of domestic plants - it will help you correctly diagnose the problem and get rid of it as soon as possible.

Diseases of flowers caused by viruses

Viral diseases in indoor plantsit is quite difficult to diagnose. With their development, the growth of the flower slows down, so the diagnosis is often reduced to unfavorable conditions of detention and malnutrition. In addition, viruses are difficult to detect due to the fact that the plant rarely dies, and the symptoms are often confusing. How to understand all these diseases of flowers?

The infected parts of the plant should be removedand destroy. After that, wash your hands thoroughly with soap and water. It is impossible to fight viruses using chemicals. A precise definition of the type of disease is very difficult. That is why it is much more correct to prevent the appearance of a virus. To do this, regularly fight with insects, which usually carry the pathogens. Use only cuttings from healthy plants, because quite often the flower is infected even in the greenhouse through mechanical damage to the stem or root. In hot and dry weather, the plant must be brought into the shade and sprayed more often. 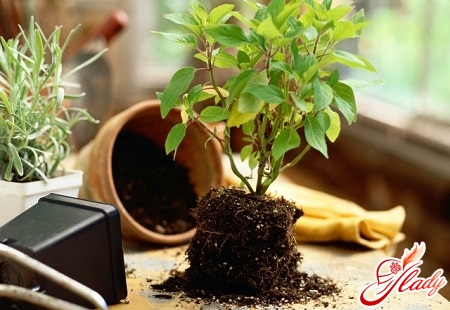 Diseases of flowers caused by fungi

Pretty common flower diseaseis powdery mildew. It causes the fungus sphaerotheca pannosa. The first evidence of his presence is the appearance of small whitish spots. You can easily erase them with your finger, but they will necessarily return, increasing in size and having a grayish shade. Over time, the mycelium will become more compacted, which will eventually lead to the appearance of a brown mealy coating. It can be present on both sides of the leaves of the plant. Which, incidentally, will gradually dry, wither and fall. The growth of the flower will eventually stop. For the development of this fungus the most favorable are the increased humidity and warm temperature in the room - about eighteen to twenty degrees. If you find the disease at the initial stage of its development, then affected leaflets or buds must be removed. With the further spread of the fungus, choose special agents for combating powdery mildew: "fast", "vector", "topaz". But you can, using preventive measures, protect your plant from this misfortune. To do this, somewhere three or four times a summer, pollute the gray. Do not forget to ventilate the room thoroughly, but without a cold draft. Keep track of the amount of fertilizer used. In particular, overfeeding of flowers (especially during budding) with nitrogenous fertilizers is fraught with the development of powdery mildew. Peronosporosis is similar to the disease of houseplants, described above - it is also called downy mildew. First of all, this fungus affects the leaves, but flowers and stems also do not abhor under favorable conditions. At the very beginning, grayish-yellow spots appear on the top of the sheets. They have a fuzzy outline and are rather pale. From below, on the affected areas, you can see a light gray coating, which is nothing more than a mycelium of the fungus. With the course of the disease it darkens, and the leaves become corrugated, sluggish and gradually wither. In order to get rid of this disease, carefully remove diseased leaves and severely affected plants. It is recommended to spray the remaining areas with a one-percent solution of Bordeaux liquor, and a solution of soda ash at a concentration of 0.5 percent can also be used. Pay special attention to the underside of the leaves. Special drugs against this disease are considered to be "cuproxate" and "oxychome". You will need to conduct a course of at least five antifungal treatments, the duration of each should be from seven to ten days. Of course, the disease is better prevented than treated. To do this, maintain a low humidity, regularly ventilate the room with flowers, thin and clean plants, change the soil and disinfect it. There is a whole group of diseases of indoor plants caused by both fungi and bacteria. They are called "spotting". They appear as brown dry or wet stains. In the course of the development of the disease, these tumors grow, connect and capture the entire area of ​​the leaf. At the initial stage, the spots are not too dangerous, but if the disease spreads to the stem, the risk of plant death increases. What are the most common types of this disease?

All patches have the same patterntreatment: it is necessary to remove and burn diseased leaves. After that, the whole plant should be treated with a systemic fungicide: "vector", "strobi", "abiga-peak", colloidal sulfur, Bordeaux mixture, copper sulfate - they all fit. The course of treatment should be carried out twice with an interval of seven to ten days. Also, watering should be reduced and spraying should be discarded to prevent moisture from spreading the fungus. In order to prevent the occurrence of patches on your indoor plants, avoid warm and humid conditions. There should not be excessive watering and large crowding of flowers. Do not forget to ventilate the room regularly. Fusarium - another fairly common and dangerous for domestic plants disease. It affects flowers of any age. Fungus fusarium is in the soil and through it, and also through the wound, penetrates into it. In younger flowers, the first symptoms are manifested in decay of the roots: the tissues acquire a brown tint, the leaves are yellow, and the stem is thinned. The tops begin to wither, which quickly passes to the plant as a whole. Fusarium spreads foci through the soil. Weak flowers are most vulnerable to it. The form of the disease can be acute (the plant dies within five to seven days) or chronic (the disease lasts for weeks). Unfortunately, there is no effective way to cure this disease in a neglected stage - it is better to root out the hearth by removing and destroying the flower along with the root system and the clod of the earth. Pots must necessarily be disinfected with a five percent solution of copper sulfate or bleach. But if the wilting has just begun, you can try to treat the plant with "benomil" or "vector" preparations. An alternative way to save the flower is to cut the upper cuttings and transplant them into a new pot. Measures to prevent fusariosis are the same as in other fungal infections: ventilation, loosening of the top layer of the soil, and its disinfection. At work use alcoholic sterilization of tools: scissors, a knife and even a dressing material. There is a fungus with a rather interesting name "rust". It is formed from the kind of spots that are a symptom of this disease - these are orange-brown tubercles. On the reverse side of the leaf you can see something like a pimple round or oval shape. Over time, the spots turn into bands, and the leaves of the plant begin to turn yellow and fall off. In order to prevent the development of this disease, it is necessary to evenly water the indoor flowers, not allowing high humidity in the room. If you have already encountered "rust", then we recommend that you get rid of the affected branches and leaves. Spatter the remaining parts of plants with special means: "strobe", "vector", "topaz", cuproxate, Bordeaux mixture. The treatment should be repeated for two to three times with a break of ten days. 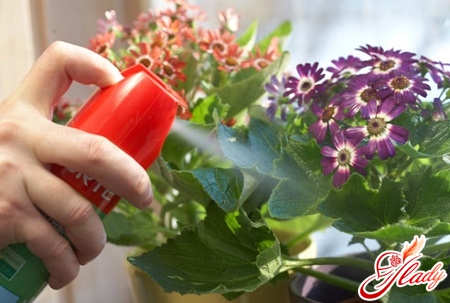 Diseases of flowers caused by bacteria

Just like in the world of people, in the world of indoorflowers there is a mass of bacterial diseases that can damage your plants. They do not always have a clear clinical picture of development, and individual symptoms can be mixed with each other. All this significantly complicates the diagnosis, even for an experienced gardener. As you already understood, very often on plants you can see spots. Bacterial patchiness is manifested in the fact that some parts of the leaf die, but, unlike the diseases caused by the fungus, these spots do not have strongly pronounced boundaries - on the contrary, they are more characterized by vague edges. These areas can be oily or glassy. They grow quickly, because of what the leaf withers, turns yellow and dies. It is logical that bacteria multiply faster in warm and humid conditions. Another bacterial attack - rot. With it, the tissues of the plant soften and die, after which a liquid rotten mass appears on this place, usually having an unpleasant smell. This disease is more susceptible to home flowers, with juicy fleshy stems and leaves, as well as those who have a lot of contact with raw soil - bulbous and tuberous. Rot can damage any part of the plant - leaves, roots, peduncles. The development of infection is facilitated by poor conditions: excessive watering, cool temperatures, a large number of nitrogenous fertilizers. It is possible to fight bacteria only if they do not penetrate into the vascular system of the flower. The sick plant should be placed in dry conditions, refusing to spray and wash with plain water. Affected tissues along with small fragments of healthy ones should be removed, each time disinfecting the instrument with alcohol. After that, spray the plant with copper-containing preparations or Bordeaux mixture. If the treatment does not help, then the plant must be destroyed (it is better to burn it). These are the most common diseases of houseplants. We hope that your flowers will not affect all these misfortunes!

Spathiphyllum: black leaves are not from a good life

How to decorate a balcony or loggia with flowers?

Why the ficus is drying: how to provide the plant with proper conditions