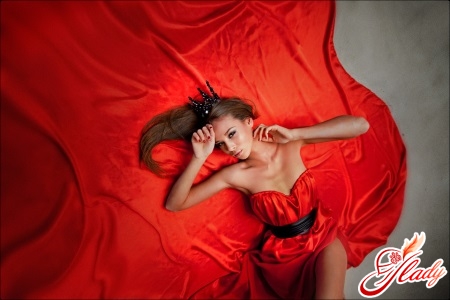 "Price of Desire" - the first interactive dance show in Russia

The thirst for fame inspires and eats the personSimultaneously. Greed motivates, but without a sense of proportion becomes a dangerous enemy. Passion inspires the person, but over time, its strength is declining. How to feel when you can succumb to temptation, and when it's time to say "Stop!"? On December 11, at the Estrada Theater at 20:00, a dance drama show "The Price of Desire" will take place. Thanks to the unique interactive format of the show, viewers of the show for the first time in Russia will be able to choose how the production will end. Under the mesmerizing music on the stage, a large spectacle will unfold, telling about the vices of the human soul. The three main characters of the production personify the thirst for passion, greed and glory. You will go to a world where desires become reality, and you will see with your own eyes what it will lead to. You will have a unique opportunity to vote for one of the options for the final of the show. On your choice depends on whether to succumb to desire or retreat! The producer and ideological inspirer of the show, the winner of the All-Russian contest "Dream. Decide. Act "from the brand Rexona Anastasia Yurasova finally fulfill a professional dream - will present her dance show with unique video effects, literally" animating "scenery on stage. At the premiere are expected the leading media, as well as well-known figures of culture and art, including the muse of the project - a popular DJ, stylist and TV presenter Sasha Fedorova. Dream. Decide. Act. And Rexona never fails! Watch the videos of all the participants and finalists of the project, and also vote and already now affect the script of the show you can on the official channel Rexona Women.

How does an English tutor work online?

In the city as a resort: if you were left without a vacation

How to relax on the weekend: ideas for active leisure

English remotely via Skype during pregnancy