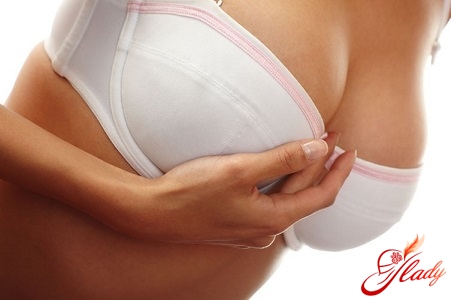 In the modern world it is customary to give more and moreattention to one's health. People do sports, avoid harmful food and other things that are harmful to health. These are the trends of the new time. It's fashionable to be healthy. Particularly, more attention is paid to the state of health in purely male and strictly female matters. For example, it is often possible to find various actions, seminars and other events that are designed to talk about a problem such as breast disease. After all, this is one of the main components of women's health. And today we are talking about such a common disease in recent times, like a breast cyst in women. More and more representatives of the fair sex are turning to specialists with a similar problem. That is why the details of this complicated phenomenon that can not be overlooked are discussed in greater detail below. So, the cyst of the breast.

What is a breast cyst?

There are statistics according to which approximately35-40% of women of different ages suffer from certain diseases associated with the mammary glands. These pathologies can be divided into two main groups: the inflammatory type and the tumor. The latter include breast cancer in women. But now it's not about that. So, the cyst of the breast is a kind of capsule, which is formed in the space of the ducts of the mammary glands. These ducts are designed for lactation at the birth of a child. The capsule inside is filled with liquid. Depending on the time of occurrence, this liquid can be of different colors. With time and with neglect of the case, there are purulent and other inflammatory phenomena. As a rule, the cyst is a benign neoplasm. But in some cases, it can be of a malignant nature. However, the probability of such a turn is not very high. Thus in a mammary gland there can be at once some cysts. A similar phenomenon is called polycystosis. Over time, cysts can grow into one large formation. Also distinguish the cyst typical and atypical. At the first wall are smooth and smooth, it is treated much easier. But the atypical cyst of the breast has an irregular shape, its walls can grow. This situation greatly complicates the treatment. A cyst can appear in both the mammary gland and immediately in both. Most often in the beginning of the disease, only one breast suffers. 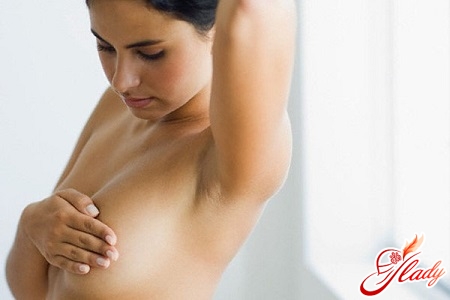 Why does the disease occur?

Often, the cyst of the breast can arisewith fibrocystic mastopathy. The risk group includes nulliparous women 35-55 years old. Absence of children clearly has a negative impact on women's physical health. But the main reason is the violation of the hormonal background in women. Of course, it is not difficult to guess that such a malfunction can occur for a variety of reasons. In the process of the same malfunction, excessive production of the female hormone estrogen occurs. To provoke a cyst may be like taking hormonal contraceptives, or using hormonal replacement therapy. His women are prescribed during the menopause, which can also be the cause. There is another regularity, from which a mastoid cyst occurs in every 3-4 of the fairer sex, suffering from mastopathy. As already mentioned, age can also become a risk factor. This includes women after 30 years. To provoke the disease can be overweight, addiction to alcohol and smoking, stress or a great nervous shock, ovarian diseases, thyroid gland and some other aspects. It is amazing, but almost instantly to start the process of formation of the thoracic cyst can a woman made abortion. This is a very serious stress for any female body. 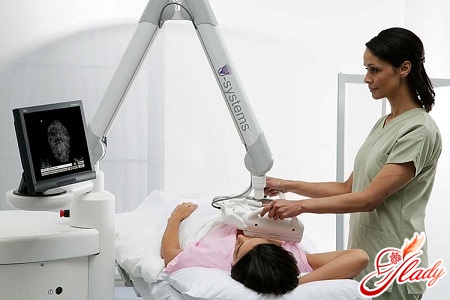 How to recognize the ailment?

I must say that this disease onfor a very long time can not at all manifest itself, and even more so not to disturb the woman with any unpleasant sensations or symptoms. At the initial stage of the cyst of the breast is almost invisible. At the very beginning self-diagnostics can help. It is necessary to regularly conduct an independent examination of the breast, feel and touch it, notice the slightest changes in the density and structure of the tissue. With the development of the same cyst, the breast becomes more noticeable and palpable, and the signs are obvious. When pressing or just in a calm state, burning, itching, pulling or aching pain can be felt. Feeling will certainly show densities and irregularities in the mammary gland. In half the cases, there may be some discharge from the nipples. On this symptom, too, should pay attention. If the neoplasm is mature enough, then there may be a visible change in the shape of the breast. It can become larger or acquire an asymmetric form. Skin color may vary. For example, the epidermis can turn red or turn blue. In any case, do not postpone the visit to mammologu, if something is disturbing in the chest, the above symptoms are manifested. It is also important from time to time to go for preventive visits to a doctor. 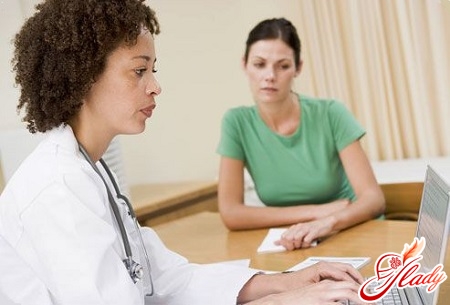 Identify a medium to large cystit is possible with the help of palpation. It can be done on your own, but it's best to contact a doctor. Cysts of small size do not feel at all when feeling. Therefore, it is important to undergo a mammogram or ultrasound. In rare cases, breast MRI can be prescribed. But, as a rule, there is enough mammography and ultrasound. If papillomas are found, then it will be necessary to pass an analysis for a biopsy. This will help to identify or refute the presence of breast cancer. As for therapy, there can not and should not be any independent treatment. This will not only not help in solving the problem, but will also lead it to the point where it will not be without surgical intervention. To begin with, the doctor should diagnose the hormonal background of a woman, determine the stage of the disease, what condition the breast is in. After that, treatment is prescribed. In each case, it is individual. It happens and such that since the cyst of the breast dissolves by itself. This happens, but very rarely, so do not rely on it. For our part, we must do everything possible to prevent the further development of the disease and the worsening of the situation. So, you should avoid too tight lingerie. It should be as comfortable as possible. The presence of pits in it is not welcome. Breasts should not be compressed or somehow cramped. Also, you need to protect your breasts from bumps, injuries and any physical effects from the outside. It is not recommended to massage the breast, knead it. You need to be more careful in the sport, do not burden yourself, do not lift weights and do not engage in too active physical actions. An important moment is stress and mental state. It is proved that this mood and emotional state is of great importance in the recovery of absolutely any disease. A woman should not feel oppressed, should not be in a depressed mood. For a time (maybe forever) you will forget about the solarium and sunbathing, which significantly accelerate the development of the disease and can even provoke the formation of a malignant tumor. It remains only to wish women's health and competent attitude to their well-being. You need to pay attention to any changes in your body. And with the slightest suspicion, immediately consult a specialist. This will allow you to fully enjoy life, feel good and be a happy person. Health and good luck!

Bartholinitis: treatment at home or in a hospital?

Tablets with menopause: remedies and preparations for menopausal symptoms

Cervical erosion is congenital: how to treat?

Candidiasis of the oral cavity: treatment