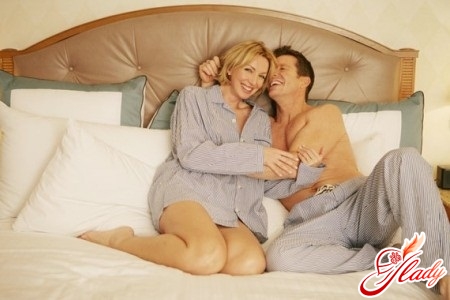 The young mother has the first place in her crumbs. However, sooner or later a woman nevertheless returns to a full life, including sexual. And, of course, only a few women want to become pregnant instantly. Before the main mass of them, the question arises about the need to protect against the onset of unwanted pregnancy. Very many women believe that the best way to avoid an unwanted pregnancy is to breastfeed. In part this is so - but pay attention, only in part. And this part is far from always. Unfortunately, it is as large as would be desirable for that woman. Just like the calendar method of protection is not suitable for all young mothers, lactational amenorrhea method works only in half of women. And you can never predict in advance whether a woman will be lucky this time. Therefore, all young mothers, without exception, must be protected from pregnancy. Perhaps, one of them will give up on such a question as contraception after childbirth, rightly believing that children are our everything. Of course, with this statement no one will argue - children really are the main happiness in the life of most women. However, immediately after birth, doctors - gynecologists and pediatricians do not recommend becoming pregnant. There are very strong and justified grounds for such a restriction. In our time, an extremely small number of women have the ideal health. And therefore it is unlikely that the organism of the newly-born young mother is immediately ready for a new pregnancy. However, nature has not considered this feature, and therefore the risk of conception is still quite large. And if the pregnancy does come, she can very much "undermine" the health of a woman. And, in addition, her body is somewhat exhausted and exhausted by a previous pregnancy, so the risk is very high that the future baby will not be able to get the necessary amount of nutrients and vitamin, such as folic acid, calcium, iron. As a result, a child may appear with a delay in development, iron deficiency anemia and hypoxia. Yes, and the woman herself is extremely rarely psychologically ready for the second pregnancy in a row. After all, she is very tired, caring for the baby, and it is he who takes all her thoughts and desires, experiences and plans. As a rule, the minimum period of interruption between pregnancies is two, and even three years. And even more so in no case should one become pregnant if the woman has not yet completed the lactation period. Accordingly, in almost all cases, immediate pregnancy, the next immediately after childbirth, will lead to an almost inevitable artificial termination of pregnancy. Many things are written about and written about the dangers of abortion, so in this article we will not once again talk about the negative impact of abortion on the health and psyche of a woman. And pay attention to the following fact: a woman who recently gave birth to a child is much more difficult to tolerate abortion both psychologically and physically. First, the woman's uterus completely returns to its normal state in about a year, and before the expiration of this period, the probability of damage to the mucous uterus during an abortion is very high. In addition, the young mother just gave birth to her baby, and memories of pregnancy are still too fresh and exciting. Therefore, for her to decide on abortion is a very complex decision, as a result of which she experiences a severe psychological trauma. And in the event that a prolonged postpartum depression is imposed on this psychological trauma, a woman may need serious help from doctors, and sometimes long-term treatment. Many women object that if a woman sees her pregnancy at the earliest possible date, she can make a medical abortion, which entails a much smaller number of complications than an ordinary vacuum, and even more so surgical abortion. However, the psychological harm from such an abortion is no less than from an ordinary one. And, moreover, do not forget that for a medical abortion woman must take certain drugs that contain a huge amount of potent hormones. And accordingly, from breast-feeding a woman will be forced to refuse, since this drug penetrates well into breast milk. Contraception after childbirth, in addition to protecting women from unwanted pregnancies, is designed to protect the woman's body from the penetration of various infections. After the first year after the birth of the child, the female's sexual system is very vulnerable and is susceptible to the penetration of pathogenic microflora, which the body can not yet fight. This phenomenon can be explained by several factors: 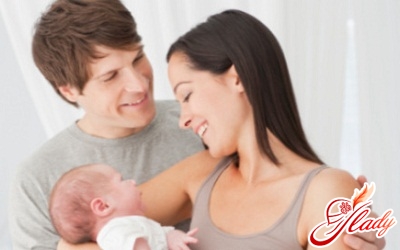 So, the fact that pregnancy right afterbirth is undesirable, clear to all. Now it is necessary to understand when it is necessary to begin to be protected, and what features contraception has after birth. However, it is necessary to approach this issue with all responsibility, because the body of a young mother is largely different from the body of a woman who gave birth to a child more than two years ago, or has not yet given birth at all. It is not necessary to choose the means for contraception on your own, because the chance to make a mistake is very high, and to choose your means of protection, which will bring much more harm to the female body than the benefits. It is much more reasonable to visit a doctor - a gynecologist, who will help you choose exactly the method of protection that is most suitable for you, taking into account all the individual characteristics of the body and the state of health. Do not delay visiting a gynecologist. Many women mistakenly believe that the gynecologist should go after the first menstruation is over. However, it is not! In no case should we forget that before the first menstruation comes, the woman should have ovulation in the body. But surely, without exception, all women remember that it is during ovulation that the fertilization of the egg takes place. And if in the case when a woman's menstrual cycle is more or less regular, she can at least roughly calculate when she is ovulating. And in the event that after the delivery of menstruation the woman still does not have, then it's simply impossible to understand when the first ovulation will happen - it can happen in a month, and in three, and in six months. This trap has already got a huge number of women who were not protected after childbirth - a sexual intercourse occurred during ovulation, pregnancy was advancing. Accordingly, the woman's menstruation does not begin, and she does not obscure anything unusual, since she believes that the menstrual cycle did not simply recover after giving birth. And not always a woman guesses that she is pregnant, quickly enough - sometimes until the baby does not move in her mother's tummy, she continues to remain in ignorance. Doctors recommend that a woman begin to protect herself, depending on what are the characteristics of her breastfeeding:

In the event that a woman feeds her childonly breast milk, and does not feed according to the schedule, but on demand, in the amount that the baby wants, they can wait with protection until the child turns four months old. However, in this case, in no case should we forget that the rule of the first ovulation is always true - the woman should follow her condition carefully enough for her condition.

In the same case, if a woman feeds a childbreast irregularly, according to the schedule, and not on demand, or the child is on mixed feeding, it is necessary to begin to protect from pregnancy as early as the sixth week after childbirth. Incidentally, it is after such an amount of time after delivery that doctors allow spouses to resume sexual activity. As already mentioned above, the methods of contraception after childbirth should be selected by a doctor. In our time, hormonal contraceptives are very widespread. But nevertheless hormonal preparations for contraception after sorts of nursing mothers frighten - women are afraid, that they can do much harm to the child. In fact, this is not at all - doses of hormones are so negligible that they will not do any harm to the child. However, we draw your attention once again - such contraceptive means can be used only after consultation with your treating doctor - a gynecologist. In the same case. If, for any reason, a woman can not visit a doctor, she should choose to use condoms. There are many positive aspects to the use of condoms:

Try to take as seriously as possible toissue of protection. Interrupting sexual intercourse as a contraception after childbirth is not the best remedy. Choosing the right contraceptive means, you take care not only about your physical, but also about your psychological health. After all, the constant stress about the possible danger of becoming pregnant affects the psyche of a woman not in the best way. And the pleasure of sexual intercourse in this case is very doubtful. We advise you to read:

Treatment of warts at home

How is the human papillomavirus transmitted?

How to remove the smell from the mouth?

Tablets for early termination of pregnancy