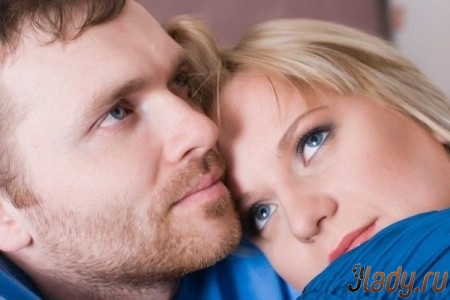 That's a splash of a magnificent wedding, flyingfilled with joy honeymoon, and the days of family life came. Couples who have lived together for a long time usually remember this period with ironic warmth. After all, the first months of marriage were the most interesting: before the young people a new world opened, to learn which together is so fascinating! And, it seems, you can do this forever. However, for the time being, a very fragile family boat can easily break down about the pitfalls of surprises or run aground. And the new world will disappear, never showing up. The first year of family life - a period of complex, full of contradictions. According to statistics, a third of newlyweds after a while express complete dissatisfaction with their marriage and seriously think about divorce. As a result, half of them after the first year of life still divorced. And this happens most often because of the reasons that could easily be eliminated. Let's try to figure out what these reasons are.

Life after marriage. Metamorphosis of romance

No matter how familiar the two are before the wedding and howthey would not be convinced that they know each other well enough, all the same, a joint life will bring many surprises. Some of them are quite pleasant - in marriage there is a feeling of some kind of security and permanence, the desire to build your own house and the joy of building it together with your loved one ... Part of it is taken with great difficulty, and even is not accepted at all. As a rule, one of the most difficult moments of the early stage of family life is the psychological transition of both spouses from a separate "I" to a common "we". It is this change in the minds of young husband and wife that generates many problems, creating a crisis of the first year of family life. The first step to this crisis is often the decrease in the severity of feelings and some emotional decline, occurring after the wedding and the honeymoon. Such a state can give rise to doubts about the correctness of the choice of a life partner. After all, before the marriage, he was always unusually well next to him, and now it suddenly became boring ... Young people, not understanding what had happened to them, begin to panic more and more, convincing themselves of the wrong choice and gradually moving away from each other. And, it happens, they even serve for divorce a month after the wedding. In fact, the relative internal inertia of husband and wife at the very beginning of family life is perfectly normal. Behind any exciting event inevitably follows the state of prostration and the expectation of new exciting events. This should be treated calmly, not attaching much importance to the absence of the former enthusiasm from communicating with his second half. Relations between the newlyweds go to a new stage, acquiring a shade of stability and affinity. In order to avoid negative consequences, this period can be brightened up by some kind of acquisition or celebration. Joint joy from buying or preparing for the holiday will help to reduce the anxiety accompanying the stage of habituation and adaptation. And then there will not be a significant crisis of the first year of family life. Adapting and adaptation also must take place in accordance with certain rules.

The newlyweds. Addiction and adaptation

Each person always has his own,individual habits and even oddities, to reconcile with which sometimes is not so easy. In family life, husband and wife will inevitably have to face the distinctive features of each other. If these features create significant problems in a young family, we must try to get rid of them. Position: "Love me with all my minuses", maybe, and it is good, however it does not promote family happiness. If neither the husband nor the wife is willing to concede anything in anything, a divorce after the wedding is inevitable. Therefore, in order to create a strong marriage, both need to not only learn to make compromises, but also to revise their own habits. After all, in fact, no one is obliged to love us as we are. This applies not only to personal relationships, but also to behavior in society. Each of the youngest before the wedding had friends and friends who in their family life should form a common circle of acquaintances. And it's good if all the acquaintances of the young husband will like his wife and vice versa. If not, you will have to meet with them as rarely as possible. Otherwise, scandals in the family will become regular. Quite often the divorce in the first year of family life is due to the inability of the spouses to distribute responsibilities and delimitation of areas of activity. The most common mistake of the young in this case is to blindly follow the pattern of behavior of their parents. It is necessary to get rid of such stereotypes and build their family, based on their own preferences and understanding. For example, a mother who does all the housework gives advice to a young husband not to help his wife under any circumstances. From her point of view, this humiliates him as a man. However, modern women think differently, and if a man washes floors or dishes, he does not fall in their eyes in any way. In addition, joint cleaning is very close and brings a lot of joy, if you do it by mutual consent. It also happens that the mother, whose family is fully provided by the father, gives advice to the young wife to demand that his half of the full material support. And, it is quite possible that this "half" is not at all against this postulate, but for the time being it is not able to give his beloved expensive things. In this case, the beloved could well help him to stand on his feet, despite the categorical "no" of his mother. After all, what is created together is valued several times more expensive. Relations with parents, in general, are becoming a big test for a young family. Often, my father and mother, wholeheartedly wishing good to their already grown-up, children, control the newlyweds, trying to adjust their every step. Such intervention in the lives of young people, even with the most benevolent of its motives, should be minimized. The new family must defend its own financial and psychological independence. Otherwise, the conjugal union is unlikely to be viable, and divorce after the wedding will only be a matter of time. Relatives, realizing that the young family is independent, will accept it more favorably and friendlier. And, finally, another major underwater rock, often contributing to the rapid divorce after the wedding, is the inability of the young to figure out the relationship and successfully resolve even insubstantial conflicts. You should not start any serious conversation, being tired or in a state of irritation and anger. This will only aggravate the situation. To any clarification of the relationship is better to proceed, having calmed down and having carefully thought over every word. Of course, you should not cherish and save your grievances. Unexplained, they will begin to pile on each other, and, in the end, will acquire horrifying proportions. Nevertheless, you can not hurry to express them in any case - in the fever you can say a lot of things about what you will later have to regret. Therefore, if anger and anger outshine the mind, it's better to take yourself in hand, do something or just walk, and then begin the conversation. There is a curious way, which helps not only to survive the crisis of the first year of family life, but also to bring to naught the conflict situations in the future. It consists in the following: on one side of the sheet of paper the shortcomings of the husband or wife are written down in detail, on the other, dignities. Then half of the leaf with imperfections comes off and is burned. The second half becomes the value of the memo for the wife, - about the merits of her husband, for her husband, - about the virtues of his wife. If you reread it daily, many emerging conflicts, becoming ridiculous and insignificant, will burst like a soap bubble. In a word, the family way should be grown up together. And to treat this process very carefully, patiently and with awe. A family ship at the beginning of a married life is still very vulnerable, and to go to the bottom it can even from a minor storm. The ship must be turned into a powerful icebreaker, which is not afraid of any storm. And then the family will become what it should be and is supposed to be - protection, shelter and a wall that protects from all the storms of life. We advise you to read:

How to marry a rich man?

How to marry a man to himself?

What to give to the groom for a wedding

Wedding hairstyle should be trusted only by professionals

How to return the love of the husband: the best tactic of the behavior of a loving woman