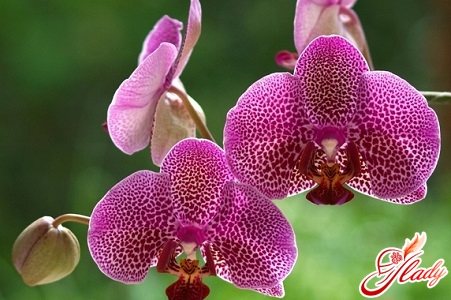 No one will dispute the fact thatorchids are the most beautiful plants in the world. And more recently it was believed that they are too capricious and capricious, so they are not suitable for growing at home. But today, thanks to the appearance of new varieties, this flower has become quite popular among florists - each of them tries to get it in their collection. On holidays, the orchid flower successfully replaces a bouquet of roses. And having received this miracle as a gift, many of us are lost, because they do not have the faintest idea what to do with it in the future? How to preserve this beauty? The plant seems so gentle and vulnerable that we are afraid to touch it, what can we say about constant care or transplantation. However, not everything is as scary as it seems. There are types of orchids that perfectly coexist on the windowsill of an ordinary apartment. We'll talk about them in this article. Orchids, suitable for room keeping, are divided into two groups: simpodial and monopodial. The latter have a straight stem, the leaves of which grow constantly from one kidney, which persists throughout the life of the stem. Among them one can meet both large and dense plants (for example, Wanda), and squat, having a rosette shape and growing no more than 10 centimeters (Phalaenopsis). Monopodial species throw out flowers from the kidneys formed in the axils of the leaves. In simpodialnyh species shoots are regularly updated. As soon as the plant buds, the kidney dies and several young shoots appear in its place. In addition, this species of orchids also produces lateral inflorescences developing from the kidneys at the very base of the shoot. The stems of such a plant are thickened, having stem tubers - pseudobulbs. They serve to preserve the substances necessary for the plant. Sympodial species include: Cattleya, Cymbidium, Dendrobium. 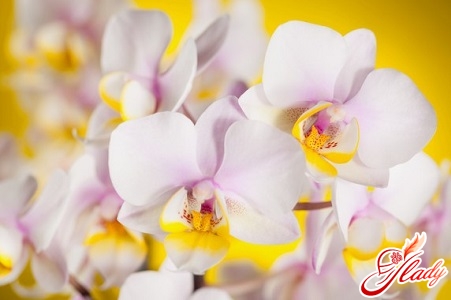 So different, but equally beautiful

Refers to the sympodial plants. The shape of the stem and leaves is different, however, like the size of the plant itself. Gives a racemose inflorescence, which emit up to 15 buds. The color is dominated by yellow shades, but you can find white, red and green buds. Some of the specimens have a pleasant scent. Blossom species Dendrobium in late winter or early summer. During the period of growth and flowering, the plant needs high humidity and sprinkling of leaves and stems. Transplantation is extremely rare - only to change the old soil. All of the above types of orchids quickly get accustomed to at home. The main thing is to provide them with proper care and pay enough attention. Believe me, you will like to live next door to these exotic beauties. And they will certainly answer your care with an abundance of beautiful flowers. We advise you to read:

Lemon tree: become the owner of an exotic plant

Growing roses at home: what you need to know the florist

How to care for a decorative rose: the queen on your windowsill

Caring for roses: lessons for a beginner gardener

Ponds in the garden with their own hands - everyone can do it!