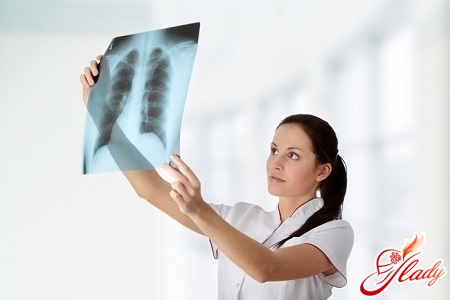 The primary form begins to form immediatelyafter the entry into the human body of tuberculosis bacteria. After Koch's rods got into the human body, namely into the lungs, they begin their active reproduction. This forms the source of inflammation. Around it, cells of the human immune system are concentrated. Since the body does not yet know such bacteria, it does not know how to deal with them. As a result, the spread of the infection can be much wider. Primary pulmonary tuberculosis is characterized by the development of the so-called primary effect or primary focus. What are the symptoms of primary tuberculosis? The primary effect (focus) consists of a small area of ​​inflamed lung tissue, as well as inflammation of all lymphatic vessels, through which the passage of infected lymph is carried out. In addition, the primary focus consists of inflamed and enlarged lymph nodes of the mediastinum, in which the path of infection is completed. Symptoms of primary tuberculosis are nonspecific and manifest, as a rule, very weakly and imperceptibly. Usually, patients experience decreased appetite, malaise, fatigue and intense sweating, especially at night. Sometimes there is a decrease in body weight, a slight increase in body temperature (but sufficiently long). Most often the symptoms manifest themselves very poorly, that the patient simply does not pay much attention to them. After the primary focus heals, damaged lung tissue is saturated with calcium salts and, as a result, hardens. This is how the so-called Gona focus is formed. Similar foci are fixed within the lungs of a multitude of elderly people who once suffered a latent form of the disease. Healing of the focus of inflammation in the lymph nodes of the mediastinum occurs according to the same mechanism. It should be noted that tuberculosis bacteria are still present for a long time both in the lungs and in the lymph nodes. If there are favorable conditions for them, then a relapse of the disease may occur. Such a scheme for the formation of a primary disease should be considered the easiest. There is also a more severe development of this disease. The ability of the body and the immune system to confront and fight various infections affects the form of the disease in the first place. People whose immunity is very weak, are most susceptible to severe forms of tuberculosis and its complicated course. Infection of tuberculosis can cause more and more new complications, calmly and freely spreading in the human body. The development of the primary form of tuberculosis can be significantly complicated by the appearance of a large foci of inflammation, tuberculosis pneumonia. Infection from this hearth can easily move to another lung. In the most severe cases of the disease, blood infection can occur or the appearance of the greatest number of zones of infection of internal organs. 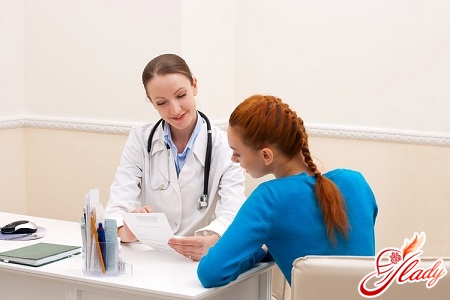 In case of repeated infection of a person orBecause of the reactivation of the primary focus of infection, so-called secondary tuberculosis can develop. It is worth saying that with the onset of the secondary form of the disease, the human immune system is already familiar with the causative agent of the disease. It is due to this that the infectious process and its formation are significantly different from the primary form. Otherwise, the secondary form of lung disease is called disseminated tuberculosis (or disseminated). For this form of the disease, the development in the lungs of a greater number of foci of inflammation is characteristic, and their dimensions may be different. The secondary form of the disease can be both chronic and acute, and subacute. To arise absent-minded tuberculosis may result from a decrease in immunity, deficiency of vitamins necessary to the body or in the presence of chronic diseases. Most often, the size of the zones of diffuse tuberculosis is not large in size. It is appropriate to use the name of meliar tuberculosis. In all other cases, disseminated pulmonary tuberculosis can manifest itself in the form of sufficiently large foci of infection. Disseminated tuberculosis is most often only a part of the spread of infection of the entire human body. Simultaneously with the damage to lung tissue, the spleen, kidneys, liver, brain, shells of the brain, heart, joints and bones can also be affected. Symptoms of secondary tuberculosis, as well as primary, are of a nonspecific character and can even be taken for manifestations of common cold, bronchitis, pneumonia or ARI. Here it is worth paying attention to the fact that the symptoms of this disease, unlike all other pericompetent diseases, persist for a long time, and with time, only intensify. In severe forms of diffuse tuberculosis, there may be a disturbance in the normal functioning of the lungs. This can manifest as a shortness of breath, wheezing and coughing. Some of the symptoms of irritation of the brain envelopes may be observed. They manifest themselves as a strain of the muscles of the occipital part, nausea and vomiting. It is possible and strong intoxication of the whole organism, which can be expressed in the form of high temperature and impaired consciousness. 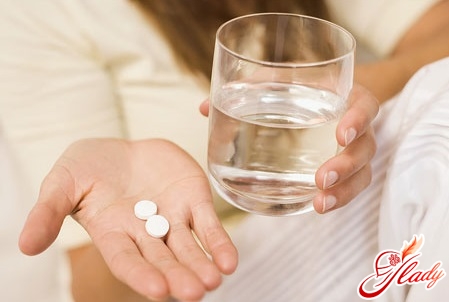 Focal tuberculosis within the lungs

For focal tuberculosis, the presence ofinside the lungs only one focus of inflammation of different sizes. As a rule, focal tuberculosis appears as a result of the awakening of an infection in a foci of an earlier transferred disease. Otherwise, focal tuberculosis is called infiltrative. As a result of the development of this infection, a hotbed of pneumonia of the lungs is formed. Symptoms of focal tuberculosis are very difficult to distinguish from the symptoms of pneumonia and bronchitis. Nevertheless, one should know that focal tuberculosis is characterized by hemoptysis, the longest symptoms, a zero response to conventional therapy. Tuberculoma of the lung is considered to be one of the most common forms of focal tuberculosis. Otherwise it is an abscess, which is surrounded by a hard shell of connective tissue. During the formation of tuberculosis, there may be processes of exacerbation or, conversely, remission. The sizes of a tuberculoma increase with time, and its zone can become a cavity. Cavicular tuberculosis is characterized by the appearance of large areas of destruction of lung tissue, in place of which the cavity remains. The shell of this cavity consists of dense connective tissues. The cavity can reach several centimeters in height. The formation of a cavity with tuberculosis takes a long time and can be accompanied by pulmonary hemorrhage, as well as the development of pneumothorax.

The most common check for availabilityTuberculosis is an inoculation, which is called Mantoux. This method of checking for the presence of the disease is considered ineffective. To determine the disease using the method of examination of smears and their study under a microscope. However, this method is also far from being a standard. Sowing sputum is able to detect the presence of tuberculosis. But the best and modern method of determining the disease is PCR. This is a special diagnosis of DNA. The sputum is taken for analysis, and the result can be found after 2-3 days. The reliability of this method is the highest.

How to treat such a lung disease?

The disease requires immediate treatment. Signs of tuberculosis in the lungs can be very different. As soon as the first symptoms begin to appear, you should immediately seek help from a doctor. Timely treatment in the hospital will help to avoid complications and gives a chance to prevent re-infection. To identify the disease at an early stage, a medical examination is necessary. Even if the symptoms are general or not pronounced, you should contact a specialist. And if earlier tuberculosis was considered a fatal disease, then modern medicine and medications can defeat this infectious disease. In no case should not treat tuberculosis yourself. This can lead to the fact that bacteria infection become resistant to drugs, which will make its treatment almost impossible. Treatment of the disease lasts, as a rule, at least 6 months. In severe cases of illness, the duration of treatment may increase to 2 years. Treatment should be systematic, there should not be any interruptions. After the detection of pulmonary tuberculosis, the patient is placed in a hospital, the location of which can last up to 2 months. This time is enough to significantly reduce the isolation of bacteria from the disease. Only after it is accurately known that the patient no longer poses any threat to others, he can be released home, where further treatment, which is carried out under the supervision of a doctor, will continue.

Cystitis after sex: an exacerbation

Activated charcoal for allergies: how to treat them

Papillomas on the neck: causes, treatment

How to remove a wart at home?

How to get rid of acne yourself?