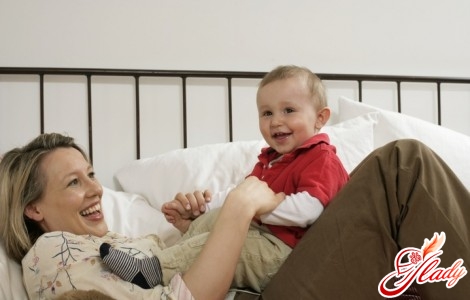 The development of the baby begins from the diapers, and thisperiod is of particular importance in the formation of personality. At an early age, a child absorbs any information, like a sponge and his brain is very active. But you do not need to load a child with excessive information. It is necessary to communicate with him cautiously and gently, because the child's brain in the early period is not yet able to perceive knowledge in large numbers and all the skills of the baby have a definitely reflexive character. The baby can not yet consciously perform even simple actions. Such meaningful movements he appears later, as a result of training by adults. Therefore, games with the child are of no small importance and help him to know the world around him. Yes, and parents will enjoy spending time with the baby. In terms of child development, finger games for babies are very useful. Light, simple and funny, they will bring him great benefit, developing fine motor skills and introducing him to new sensations. It has long been recognized that the development of the hands of the child, his thinking and speech are in close interconnection. And you, probably, often paid attention to how the kid tries to learn new things by touching his fingers. This is how he gets to know the concepts "softly" and "firmly", "warmly" and "cold." Therefore, the importance of finger games is very great for the formation of a fully developed personality. Play with the child as often as possible, but not for long. By this you will promote the activation of thought processes, the development of speech and fantasy of the youngster. It was also noticed that the more developed the child's brushes and the fingers actively work, the faster he starts talking and easily copes with the pronunciation of complex sounds. A logical conclusion arises that finger games for the development of speech are simply irreplaceable. And this has an explanation - the formation of the cerebral cortex depends on the development of our limbs, namely, the hands and fingers. And as soon as the kid's brush acquires flexibility and plasticity, he has a verbal speech. On the question "what are finger games for?" Any specialist can easily answer. These simple finger exercises will help to synchronize the work of the left and right hemisphere, creating a kind of jumper between them. The left hemisphere is responsible for verbal speech during the game, and the right one for the development of imagination and imagination. And if the connection between them is strong, the nerve impulses pass more often and faster, activating the child's thinking and attention. Finger games for kids - this is not know-how. Their existence was known in ancient times among different peoples. In China, for example, exercise with balls is very popular, rolling of which helps to improve memory, strengthen the cardiovascular system and improve the digestive tract. They relieve stress, develop dexterity and strength of the brush. In Japan, walnuts were used instead of marbles, and in Russia children were taught such famous games as "Horned Goat", "Magpie-Crow" and "Ladushki". And for today the importance of finger games is so great that they were taken up by specialists. Asking ourselves the question of what finger games are needed for, we can also easily respond to it by watching the development of your baby. What joy shines his eyes when he tries to repeat your movements and listens to rhymes. Developing his fingers, the child stimulates thinking, and fantasizing together with you - connects the imagination. Therefore, the value used for training with the baby finger games is especially great in early infancy.

Influence of finger games on the development of preschool children 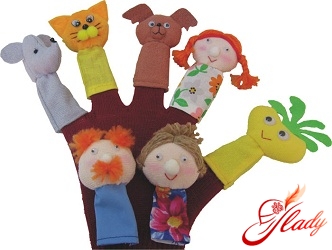 Such games are very exciting and promotemutual understanding between children and adults. Funny characters finger games are simple and understandable to kids - a goat and a bunny, rain and sun, a spider and a fly with delight are perceived by children from a year and a half. They are very enthusiastic to copy all the movements of adults and repeat the rhymes behind them. Using finger games for preschoolers will teach them the account, will acquaint them with the definitions of "top-bottom", "left-right" and create a sense of self-confidence. There are games in which the fingers bend or act alternately and they look like small tales. To master such finger games and to demonstrate them can children, starting from 4-5 years. You can invent characters, dressing up fingertips with paper caps or drawing on them eyes and smiling mouth. Finger games offered for kids, help the development of children's creativity, so the child should often be praised, even if he does not get everything the first time. Especially like children finger games with singing. This combination contributes to a more effective conduct of classes. For the youngest, palm massage is first used, which includes stroking, flexing-extension of fingers, rubbing. It does not take more than 3-5 minutes. And older children are offered "Goat-dereza", "Soroku-crow", "Ladushki." For example, one of the verses reads: "Ladushki-ladushki, where were? - by Grandma. What did they eat? - The muffin. What did they drink? - a bouquet. We drank and ate - we flew home, We sat down at the head. "Kids from the year and two are the most perceived games, for the production of which one hand is used. At the age of three, they perfectly master finger games for preschoolers with the participation of both hands, with one hand being a house and the other with a mouse running into it. In four years, children play in such games with alternate change of plots in them. And from 5 years and up to finger games for preschoolers, different subjects are added, allowing more active use of the child's brushes and fingers - balls, cubes, pyramids, houses and other toys. For many parents, it is no longer a secret that the child's mental development and the production of his speech depend very much on the development of fine motor skills. Fingers are a very convenient solution for a baby if you want to play outside, in kindergarten, at school. Fingers can be used at any time - they can be counted, turned into a bunny, run them on the table and much more. Exercises and games for children's fingers - this is a very effective tool for the development of the correct speech of the child in the preschool age. 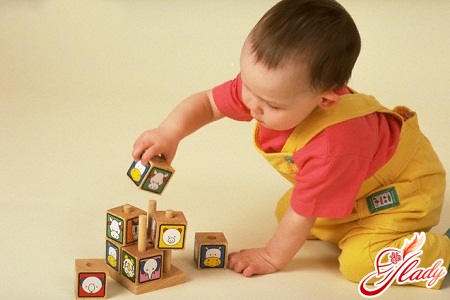 Finger games for the development of speech bringhuge benefit and at the same time a joyful communication. Such exercises, combined with the learning of texts, stimulate not only the development of speech, but also spatial thinking, imagination, attention and speed of reactions. And most importantly, all texts are presented in a poetic form, which is remembered by young children better and easier. Rhythm and special construction of words affect them magically, soothe and console. How much the game will appeal to the kids depends on how the adult presents it. For small crumbs, it is important to have a gentle touch and affectionate intonation of my mother's voice. Kids 3-5 years are better perceived facial expressions and intelligible speech of adults, who should know the proposed rhymes by heart. Finger games designed for the development of speech have another remarkable quality - they contribute to the joyful communication of close people. During these games, parents usually put the baby in his arms, stroke him, embrace him, giving him many positive emotions, which has a favorable effect on his overall development. Having plunged together with the child into the amusing and fascinating world of finger games, you will master a useful and fascinating occupation, whose role in shaping the future personality can not be overestimated. Recommendations for preparation for finger games:

Work on the preparation for the school is held inpreschool institutions. Finger games in the kindergarten prepare the children for mastering the writing skill in the future. Many teachers of elementary grades notice difficulties for children in learning to write, which is a complex skill that involves the harmonious work of small muscles of the hand and the whole hand. To master the letter there must be a certain functional maturity of the cerebral cortex. Finger games in the kindergarten are conducive to the preparation for mastering a letter. Educators and parents paying due attention to the development of hand coordination and using finger games for this help the intellectual formation of the child in the kindergarten, and also prepare him for mastering the writing skills at school.

The first time in first class 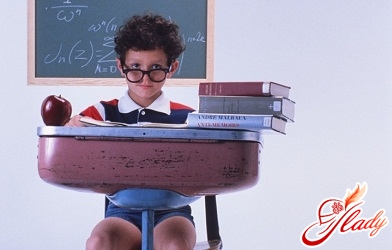 And so the kid first goes to school. Junior school age - this is the most important period in the life of a little man, because it is at this age that he has a special susceptibility to the events. At school, the usual games do not immediately disappear, but are gradually replaced by training and labor education. They become new and accompany the learning process, forcing them to reflect and develop their abilities. Finger games for schoolchildren are now used mainly for resting small pens after writing, drawing, etc. For example, children read such a famous poem "We wrote, we wrote, our fingers are tired", after which they vigorously shake their fingers and rub their palms. Another exercise for junior school age: "Friends in our group are girls and boys, Well, we make friends with little fingers. One, two, three, four, five - We finished counting "After that, the fingers are connected to the lock and touch each other alternately. Then you should put your hands down and shake your hands. Educational activities in primary school are built in such a way that there is an incentive to know the world around us. Children every day discover something new and useful. But such knowledge does not come by itself. The teacher daily and painstakingly teaches children not only to contemplate, but also to consider, not only listen, but also hear. He acquaints them with what is primary, and what can be transferred to the background, accustoms to conduct a meaningful analysis of surrounding objects. But the development of motor skills and in the younger school age plays an important role in the formation of the child's abilities. Therefore, finger games for schoolchildren are also necessary, as in the kindergarten. Although the school gives developing games not so much attention, forcing the kids to go to any activity from the point of view of adults. The transition from games to serious occupations is rather sharp and it should be filled with some transitional forms, preparing for another kind of activity. And this is the task of parents and teachers to make this transition smooth. One of such transitional forms are finger games, used for schoolchildren, as a means of respite during classes and relaxation. After studying different materials, you can sum up what is needed and how finger games affect the child's development. Such exercises are unique for the development of small motor skills and speech of the child, which are linked together. When learning small rhymes in finger games, the formation of not only speech, but also creative thinking, attention, imagination, quick reaction and emotional expressiveness is stimulated. Therefore, play with your baby as often as possible, helping him thereby in the development and formation of an intellectual personality. We advise you to read:

The child is small - cares big

The main criteria for choosing a baby stroller