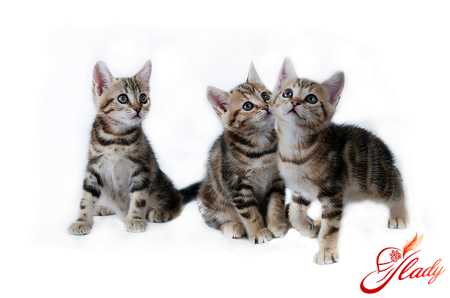 European shorthair cat has quitelong and intricate story. Its appearance is surrounded by a multitude of riddles and contradictions. The first mention of this breed has been traced since the time when Egyptian cats began to spread across Europe. And, like most modern breeds, the European "purr" is a direct descendant of the African steppe cats.

The first standard of the European cat, created forresidence at home, was identified around 140 BC. This is recorded in the laws of one of the Welsh kings. And the appearance of this animal as a breed, originates in England, where in the late 18th century these cats began to appear at exhibitions. A little later they begin to breed in France and Germany. Over time, the European short-haired breed was divided into two separate branches, as breeders from different countries were not satisfied with the species of the animal, and each tried to contribute something of its own. For example, the British tried to get a cat of a heavy type and a loose structure. So there was a British breed, beloved by many koshatniki, with soft and plush fur. But the French and Germans on the contrary sought a more muscular and strong physique, smooth and shiny coat. They then gave the world such a European short-haired breed, which we know now. The popularity of this breed quickly grew, but it also quickly disappeared. The reason for this was the fact that the European is very much like an ordinary domestic cat. So why spend money on what you can get for free - that was the argument of potential buyers. In this regard, the breeders also stopped paying attention to the European breed and switched to other, more popular species. Only in Finland till now to this breed are treated with love. She is in the country in third place in popularity.

What is she, a real European cat?

Despite the fact that popularity and popularityEuropean short-haired has completely dried up, the real connoisseurs of this breed argue that the resemblance to the usual "Murka" is not as strong as it may seem to a layman. Differences more than enough, ranging from the physiological structure and ending with the nature and predilections. And only the color and length of the wool unites them. A true European shorthair cat has a standard physique:

It is according to these data that specialists determinebreed. And to learn among the many similar cats is her, you can only thoroughly studied all the necessary standards. Variety of European color variations gives room for choice. Three-color, black, striped, in specks, two-color. There is no only a chocolate and a lilac shade. The most rare and beautiful are cats with a golden tinge of wool, there are very few of them in our country. The structure of the coat deserves special attention. When purchasing a European, make sure that her hair glitters and shimmers, and she wants to pat her. The coat is glossy, tightly fitting to the body and very pleasant to the touch. Experts say that a European cat can be recognized only by looking at her face. Due to its origin, nobility and charm this breed does not hold. If you have a Europeanshort-haired cat, she will not show her character. Among unfamiliar people the animal is lost, does not know how to behave and tries to find a nicer place. Natural modesty plays a role here. As a shelter kitty can choose anything: a pillow, a normal package, a blanket. It is noteworthy that in the restless state her ears, the tip of her nose, turn red, and her paws become wet. When your pet gets comfortable and gets acquainted with all members of the family, all modesty as a hand removes. She will play with everything that turns out on the way, jump on the curtains, grab your legs. Such a playful character accompanies the European all his life. Many owners of this breed argue that the European Shorthair cat can talk. And if you become a real mistress and friend for her, you will surely understand what she wants to say. The saying - "the cat walks by itself", does not apply to the European. Only in the absence of the owner can she afford it. And when there is a person next to him who loves her and cares for her, she will never leave him alone. Even if something scares her. Excellent with the children, thanks to his tactfulness never releases claws. If something is unhappy, it can only hiss, but it's unlikely that it will bite or scratch. 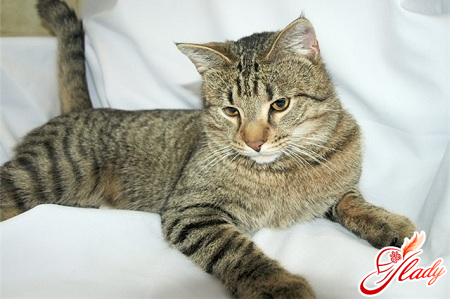 Care for the European is reduced to a minimum. In frequent combing, it does not need, for this procedure it is best to use a metal brush, as the plastic is electrified and brings discomfort to the animal. If your pet does not participate in exhibitions - it can not be bathed. Kitty herself will cope with this simple matter. If it is involved, wash it occasionally. But only not before the exhibition itself, because after washing the wool loses its "oil" appearance, which is very important for the jury, and it is restored only after a few days. To feed European short-haired, like any other breed, you need only quality products. Only in this way will you get a healthy animal that will please you with its presence for many years. Do not forget that you do not need to give preference only to dry foods, since this can lead to various diseases. Let in the diet of your favorite there are also natural products: meat, fish, liver, vegetables. By the way, due to the fact that professional animal feed is unconscionably expensive, natural feeding will cost you several times cheaper. We advise you to read: