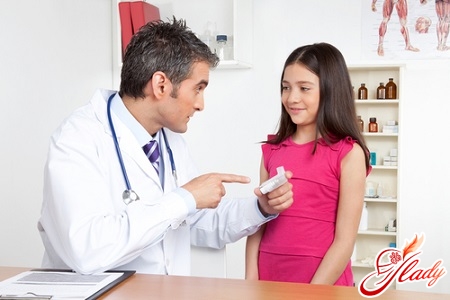 Bronchial asthma in children is a disease,which is characterized by impaired bronchial patency. At the heart of this disease is bronchial hyperreactivity and inflammation of the bronchial mucosa. During attacks, there is a narrowing of their lumens, which leads to asthma attacks in both children and adults. How to understand that a baby has an asthma attack? In this case, you should immediately pay attention to such signs:

Causes of bronchial asthma in children

So what are the reasons for the child's onsetdevelop bronchial asthma? Why preventive measures and other measures could not protect the baby from the disease? There are several main reasons, among which it is necessary to distinguish the following:

Symptoms of asthmatic manifestationA child's asthma can not always immediately alert parents. The fact is that this disease begins often with completely unnoticeable, minor symptoms, such as atopic dermatitis. But if he does not give in to treatment, it is necessary to consult a doctor about the research. Asthma attacks do not occur immediately, at first it can be mild allergic reactions, the child can sometimes take a sigh, the frequency of such attacks increases, the temperature may rise, cough may appear. The condition of the child at the same time depends on the change in weather, physical activity, stress, the presence of a number of domestic animals or strong-smelling plants - all these signs should become a signal to the parents that something is wrong with the child, do not postpone the trip to the doctor, since asthma can only gain strength, gradually turning into a heavier form. 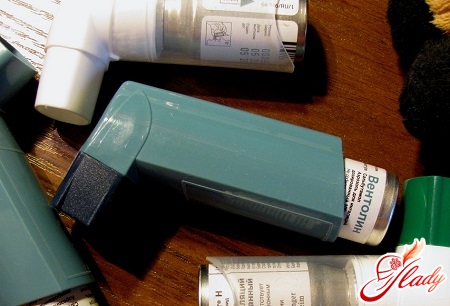 How to treat asthma in children?

When diagnosing asthma in a childit is necessary to conduct a full diagnosis, which will accurately determine the severity of the disease, will help to identify the allergen. For this, spirography is carried out, that is, a study aimed at determining the volume of the lungs of a baby, the speed of exhaled air, what kind of bronchial clearance there is and more. The allergist appoints a test for detecting the allergic mood of the whole organism, allergens. Only after this is the conclusion about the severity of the form, methods of treatment. Treatment of asthma in a child can be carried out in two main areas: supportive therapy or emergency relief of seizures. At the same time, mandatory prevention in the form of a special diet, rejection of a certain type of exercise and others. All measures for treatment can be correctly determined only by the observing physician after diagnosis. Supportive therapy and arresting of an attack Supportive therapy is aimed at preventing the development of seizures in a child, reducing their severity. With properly prescribed therapy, the baby can safely attend kindergarten and school, live a normal life, even engage in active games and physical exercises. In order for the attack to no longer disturb children and parents, inhaled glucocosteroids, which are prescribed in small doses, are often used. Dose reduction is possible only with positive dynamics, when six past months there was no attack. At the same time, appropriate prevention is required, which allows to fix the result. Complete cancellation of the drug is possible only when the remission is permanent (for two years). If after the withdrawal of the drug the attack returns again, it is necessary to start the treatment anew. An arrest of an attack, or emergency treatment, is a method in which the attack itself must be quickly removed. In this case, special inhalers are used, which remove suffocation from the child. This is usually Salbutamol, but it is best to consult your doctor first. To prevent the emergence of such acute attacks necessary and appropriate prevention, when a special diet is prescribed, some types of exercise are excluded. In addition, it is prevention that allows to fix positive results of treatment, improve the condition of the child. Elimination of the allergen and anti-inflammatory treatment In bronchial asthma it is important to determine the causes of this disease in the baby. Asthma is a disease that is allergic in nature, so the reasons usually have to be found side by side. Often the complete elimination of such an allergen leads to a complete recovery of the child, to a significant improvement in the situation when the morbid state of the bronchi is practically not manifested. First of all, it is necessary to check whether the child has a reaction to the hair of domestic animals, certain tissues, plants, food. Special diagnostics are carried out, which allows to reveal such reasons. Anti-inflammatory treatment in a child is prescribed in the case when control over the condition is impossible. Depends on the treatment of the severity of leaking, from when and how difficult the attack happens. For mild and moderate forms non-steroidal medications are prescribed, in severe asthma, the child recommends the use of corticosteroids. It is strictly forbidden to independently change or cancel dosages prescribed by a doctor, since the attack can become more difficult, the frequency is more, there is a significant deterioration in the child's condition. Anti-inflammatory treatment should be carried out only under the supervision of a doctor, in no case can it be done simultaneously with this self-medication by folk methods, which can only exacerbate the situation. Asthma Complications: Symptoms Treatment of bronchial asthma in children is mandatory, otherwise severe complications are possible. It is inadmissible even to abandon treatment when it has already been started, since the consequences are often the most unpredictable. The most serious condition of the child is asthmatic status. This development of severe obstruction, a sharp deterioration of the condition, which can not be corrected using inhaled drugs. Similar symptoms develop with improperly prescribed treatment, in the absence of treatment, with excessive physical exertion, strong psychoemotional agitation, when a large single-dose dose of an allergen enters the body. Such a condition is considered one of the most serious, the child is necessarily subject to hospitalization. To relieve the symptoms of an attack, it is necessary to perform infusion therapy, that is, a dropper with a prescribed medication, sometimes it is necessary to connect to the device of artificial ventilation. To prevent such cases, timely diagnosis of bronchial asthma in children, appointment and adherence to treatment. 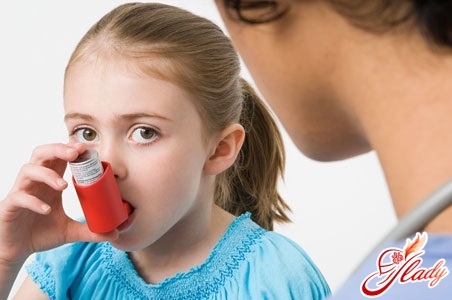 Today, in order to determine the severitythe course of bronchial asthma in a child, it is necessary to pay attention to the course of seizures, to carry out appropriate studies for this. The key provisions for the classification of the form of the disease are as follows:

The structure of the general diagnosis includes suchsigns, such as severity, the form of the course, the period of the disease (that is, exacerbation, remission), complications. The severity of the course is determined on the basis of existing symptoms, including such signs as diurnal fluctuations, tolerability of any physical exertion, frequency of bronchodilator use, severity including day and night symptoms. To determine the exact form, you need constant monitoring, conducting some studies. Classification of bronchial asthma in children is as follows: Mild degree 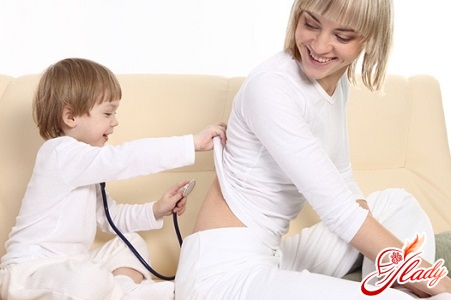 To determine the course of the disease, the child has clinical parameters that can show the severity of the exacerbation. Among such parameters are:

It is easy to determine the severity of the flowdisease, but we must remember that frequent and acute attacks are a sign of inadequate treatment. Assess the severity of an attack in a child can be based on such symptoms as: Light attack

Control over the course of the disease in the child

The course of the disease in a child can be the mostdifferent, it all depends on the severity of bronchial asthma. Therefore, continuous monitoring is necessary, which will enable us to correctly assess the effectiveness of the treatment if necessary to correct this process. It is believed that the treatment has achieved positive results, and bronchial asthma itself is well controlled, under the following conditions:

Only constant monitoring can show,how successful the therapy is, what dynamics are observed, whether correction is necessary or not. Parental attention Asthma is a disease that can occur in a child against a background of various causes, characterized by impaired bronchial patency, that is, bronchial obstruction. At the heart of the disease is bronchial hyperreactivity and inflammation of the bronchial mucosa. The asthma attack can manifest itself in different ways, but the processes that occur inside the bronchi are the same: the lumens of large and small bronchi narrow. In childhood it is very important to identify all signs of asthma in time, to conduct a survey and begin the appropriate treatment. It should be remembered that children under the age of three fall into the risk group, at which time asthma can develop without raising the temperature, outwardly it may look like an ordinary cold. Therefore, timely diagnosis is important for determining the stage of the disease and correct, effective treatment. Bronchial asthma in children can lead to deplorable results if the parents do not take appropriate measures, do not start therapy, anti-inflammatory treatment and other measures that will help the child to alleviate his condition, eliminate the irritating allergen.

The child has a rash on his back: what does it mean and how is it treated

Diet with gastritis in children. What do you need to know?

Features of the digestive system in children