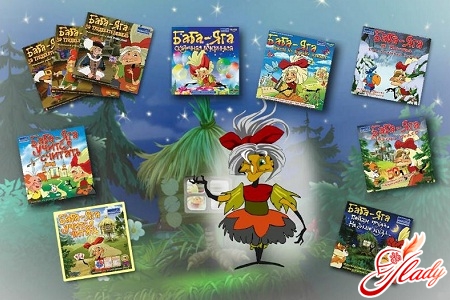 How good to be able to read! Do not pester your mother, Do not shake your grandmother: Read it, please read it! "Valentin Berestov" Ma-ma we-la-ra-mu "Do you remember how in childhood we diligently drove our fingers along the page of the letter? Sometimes studying was fun, and sometimes the kids burst into tears, unsuccessfully fighting with disobedient letters. Time flows, many things change, but the ability to read invariably remains an indispensable skill for any person. And the kids still fight with the alphabet. Someone continues to do it in the old-fashioned way, from under the stick and with a scandal. However, in our time there is a huge number of ways to teach crumbs to read without compulsion, in a playful form. Such training programs can be found everywhere: in children's magazines, television programs and, of course, computer games, for example, "Baba Yaga learns to read." It is about her and will be discussed below. Recently, more and more parents and children's teachers prefer this series of educational games, such as "Baba Yaga", the company "Media House". This training series includes games aimed at teaching the child to write, read, and get to know the world around him. The series consists of such games as:

These training programs are designed for the mostsmall children. For those who are older, there are other programs in which Baba-Yaga will help to learn foreign languages ​​and introduce computer science. However, today it will be about learning to read - about the game "Baba Yaga learns to read."

The principle of teaching reading

As already mentioned, many teachersuse the game "Baba - Yaga learns to read" for teaching reading to preschoolers. And this is no accident: the game is based on the method of advanced training. This type of training is built taking into account the peculiarities of the psychology of children of four to seven years, so it is most effective. As a rule, children of preschool and primary school age hardly keep concentration on one thing. And the game "Baba Yaga learns to read" allows you to play it, performing tasks in any sequence. To the child, in order to start playing in the next stage of the game, it is not necessary to finish the previous one without fail. By launching the game, you and the baby will immediately plunge into a fabulous atmosphere with a light touch of detective. Baba-Yaga abducts a significant part of the letters. And your task is to find them. However, various tests and tasks lie in wait for the letters of the child. And only after solving them, the child will receive a letter. Fairy little animals will help your baby. Do not tell the child the right options - let him alone cope with them. Each step of your child is accompanied by various comments and poems of little animals. Children's psychologists have long established that the information given to the child in verse form is assimilated by 40% better than any other. By the way, the verse form is the basis of the whole game "Baba Yaga learns to read." 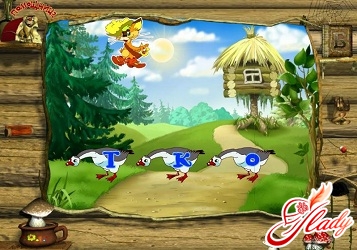 The essence of the game

This game is ideal not only for the mostsmall children who do not yet know the letters, but also for those kids who already know the letters, but do not yet know how to add syllables from them. The game introduces the child to the letters, teaches you how to add syllables and words. And thanks to the wonderful graphics and professional voice acting "Baba Yaga learns to read" is very similar to a cartoon in which a child can feel like the main character. The whole training program consists of three stages:

Finally, all babies who have successfullyto fulfill all the tasks he proposed, a surprise from Baba-Yaga awaits. We will not spoil the impression, and tell in advance which one - you will definitely see for yourself. Some parents believe that learning to read on their own is useless. Like, the time will come, and the child will be taught to read at school. On the one hand it is so, but on the other, remember two things:

The vast majority of children come to schoolalready able to read. And your baby can have an inferiority complex. And at this age a similar phenomenon is extremely undesirable, since insecurity in itself can accompany the child throughout the school life.

In the event that your child is studyingread "from under the stick", it is unlikely in the future, the love of reading will be its hallmark. Training in the process of the game does not cause the child any rejection to the process of reading. After all, whatever it was, but still "How good to be able to read!" And the game "Baba Yaga learns to read" will help your baby.

Development of a child in 5 months: how to care for the baby?

Child development by months: what young parents need to know

How to choose a sling for a newborn?

A birthday present for a child. How not to be mistaken?