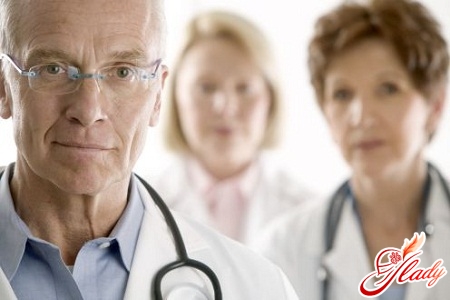 A terrible diagnosis of cancer. We are afraid of this disease, too many deaths. Why does this word bring horror and phobia? Is there a cure for cancer, how to live further if you have recognized a malignant tumor? Why does it arise and are there ways to prevent the appearance of cancer. Cancer is a cellular mutation, the degeneration of cells of epithelial tissue (skin, glandular tissue, mucous membranes). Almost every organ can develop a cancerous tumor. Cancer is a generalized name (there are about 200 varieties of this disease: sarcomas, melanomas, teratomas, lymphogranulomatoses, etc.)

Rumors about a cancer disease

As one of the most mysterious diseases, cancer has grownset of myths. Periodically, there are rumors that a cure for cancer is found that cancer is defeated. Let's talk about this terrible disease, about the numerous rumors that go around this disease.

In fact, cancer is not considered the mosta terrible disease. Absolutely all people get sick and sooner or later die. Half of all deaths from illnesses are infarctions and strokes. In this statistics, only 17% are given cancer.

Malignant tumors have always existed andall times. Consider that earlier the average life expectancy was about 40 years, most of the deaths simply were not diagnosed. Nowadays, with the development of medicine, diagnosis more accurately determines the cause of death, so it seems that cancer is a disease of our days.

Cancer can be treated in manycases. Healing from cancer depends on the timely diagnosis and treatment in the first stages of cancers. According to statistics, about 3% of the population of all developed countries live with the treated cancer and half of them are considered absolutely recovered. Most cancers are completely cured in the early stages of onset of the disease.

We will always believe in miracles. But oncologists, relying on inexorable statistics, consider healers and folk cancer healers killers. The results of treatment of pseudo-doctors are disappointing and in 100% of cases it is death. Biologically active supplements have never been considered medicines, and they do not save cancer! The only benefit they bring is improving the general condition of the sick person's body. BADs are natural immunomodulators and only. A mixture of grape wine and the poisonous salt of mercury (mercuric chloride) in our country has been successfully sold since the 90s of the last century. After a thorough check, it was found out that there was no effect that this medicine supposedly had no effect. But scammers continue to cash in on people who grab for the last straw to get rid of cancer.

By inheritance can not be transferred to the cancer itself, butgenetic predisposition to it. In oncology, even there is a special term "cancer family". Some families track an increased number of cases of malignant disease. The hereditary predisposition to a cancer of an intestine, a stomach, a mammary gland is proved. Specific genes have been identified, the presence of which explains the susceptibility of some people to cancer.

This is not true. Catch cancer is impossible. The only virus that is transmitted from person to person and can cause a malignant tumor is the papilloma virus. Recently clinical trials of a vaccine against this virus have been started, and it is possible that in the near future the papilloma will be completely defeated.

This option is possible, but fortunately, heenough rare. Increased attention should cause benign intestinal tumors, stomach polyps and fibroadenoma of the breast, as well as simple papillomas and moles and birthmarks of large sizes.

In the medical literature began to appear datastudies on the effect of aspirin on the formation of cancerous tumors. In fact, the use of aspirin significantly reduces the likelihood of cancer. This is especially true for breast cancer in women, stomach, lungs and intestines. The secret of aspirin (aspirin) is not fully understood. The conclusions of scientists are based only on research and observations so far. And to the question: aspirin is a cure for cancer or just a prophylaxis, there is still no specific answer. This drug is still being studied and investigated. But doctors warn that the use of aspirin has many side effects. It is contraindicated in patients with gastric ulcers and gastritis, as aspirin causes irritation of the gastric mucosa. Also, aspirin can cause internal bleeding. Therefore, this medication should be taken strictly under the supervision of the attending physician.

Phytotherapy in the fight against cancer

Sometimes herbal medicine is the last hopepatient. In the event of failure of oncologists to perform chemotherapy or a radical operation (for example, in a neglected and inoperable case), a fatally ill person remembers phytotherapy. Naturally, all herbs can not cure cancer completely. But the competent use of certain plants can bring tangible relief and extend the life of a sick person. Many unique effective anti-cancer drugs are obtained from plants. Herbal medicine can even reduce the tumor in size and prevent the development of precancerous conditions. Medicinal herbs normalize the content of mineral salts, vitamins and biologically active substances in the body. This is important before chemotherapy and radiation. In total, more than 120 plants are known that have the ability to help in the treatment of cancer. But among them there are absolutely harmless and harmless. There are a number of especially dangerous, poisonous plants. If you yourself, without the proper experience and knowledge to try phytotherapy, you can provoke even more development of a malignant tumor. Use of medicinal plants is necessary with great care, especially if it concerns the treatment of cancer. Do not self-medicate! Follow the advice and recommendations of an experienced phyto-therapeutist. In modern medicine, unfortunately, there is still no unequivocal opinion on how to prevent the development of malignant tumors. We very much hope that a cure for breast cancer, cancer of the blood, stomach, skin, etc. will soon appear on the shelves of our pharmacies. Take care of yourself and carefully watch your health! We advise you to read: