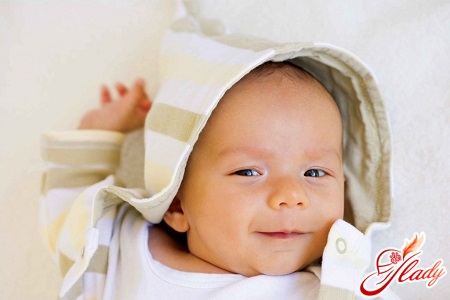 Thrush in children is very common, every third baby suffers from this disease. But not every mother is well aware of what kind of illness this is and how to deal with it correctly.

What is thrush? Causes of the disease

Candidiasis (popularly known as thrush) is a fungalAn inflammatory disease that is caused by yeast-like Candida fungi. It usually occurs in children of the first year of life, but can also be at an older age. In an infant this fungus most often affects the mucous membrane of the oral cavity, less often the genital and internal organs. All caring mothers immediately have the following questions: where does this disease come from? what is the source of infection? Ways of infection, of course, can be many. But the main thing is worth noting: if during pregnancy, my mother was ill with candidiasis of the genital organs, then there is a high probability that the disease will pass to the child during childbirth. Even if the child often regurgitates, an acidic medium is formed in the oral cavity, which is very favorable for the growth and reproduction of the Candida fungus. Well, be sure to remember the rules of hygiene. A dirty nipple or toy, raised from the floor, which the child took into his mouth, can trigger the manifestation of thrush. Thrush in children can also occur against other ailments, for example, after taking antibiotics. The fungus of the genus Candida is present in limited numbers in the body of each person. But leads, figuratively speaking, a sleeping way of life, until there are favorable conditions for its existence. He immediately feels weakened immunity in humans and begins to carry on his violent activities, multiply and manifest in the form of such an unpleasant ailment as a thrush in a child. 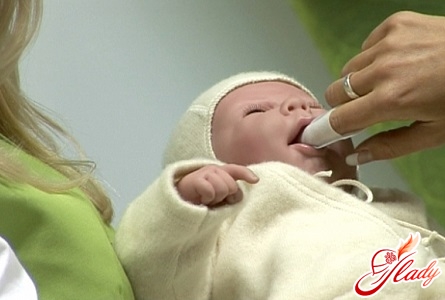 There are several signs of the occurrence of thrush in children. The first sign of the disease is small red dots in the child's mouth, which soon become curdled. These rashes can also be very painful for the baby, so the baby can become restless, refuse to eat. In the future, a white coating can cover the whole oral cavity, lips and even the larynx. And if the parents do not react in time to these symptoms, candidiasis can pass to the genitals or even develop into intestinal candidiasis, which, naturally, can be very dangerous for the health of the child. Before the beginning of treatment, it is necessary to show the child to an experienced pediatrician who will accurately diagnose and prescribe the treatment. However, it is very important to identify and eliminate all the factors that provoked this disease in order to avoid re-infection. With constant regurgitation, pay attention to the technique of feeding. Do not forget to hold the baby upright after the meal, so that all the air that he swallows while eating is able to escape. 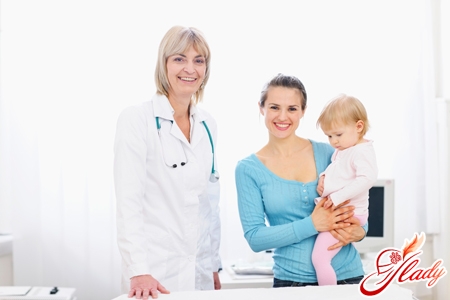 Treatment of the disease

If the thrush started against a background of a decreasedimmunity, or some other disease, for example, ARI, every effort should be made to improve immunity and combat colds or coughs. Well, in case you notice a problem with a chair in a crumb, this too can provoke thrush. It is recommended to examine the intestines of the baby and, if necessary, to treat dysbacteriosis. In general, if you remove the possible cause of the disease, it is easier to cope with the consequences. It is important not to forget that the child is still very small and many of the medications are contraindicated to him. And remember that candidiasis is a fungal disease and you need to treat it with antifungal drugs. One drug in the fight against thrush will not be enough. It is necessary after each feeding to give the child to have a drink of water, to wash off in the mouth the remains of food. It is necessary to regularly wipe the oral cavity of the baby. To wipe the mouth, you can refer to both the drugs that doctors usually write out, and you can use folk remedies, such as a weak soda solution or infusion of calendula flowers. Wipe the mouth cavity as often as possible, using a gauze moistened with a solution.

A hand fracture in a child: how to treat a child's trauma

The child is often sick, what should I do?