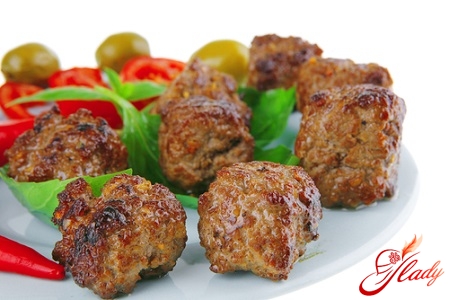 Hedgehogs of minced meat with rice, and even with a fakethis is perhaps one of the most favorite dishes of many people. Among his admirers are both adults and children. It is very juicy and tender meat balls, which are just plain melted in the mouth. You can serve them with anything. And with potatoes, and with cereals, with vegetables, with salads, etc. Let's take a step-by-step look at the recipe for hedgehogs from minced meat. 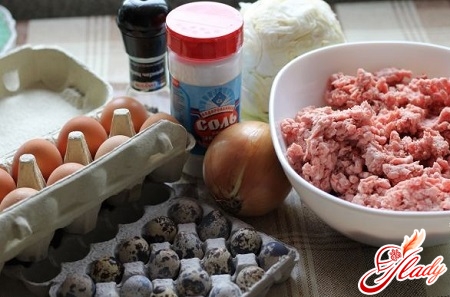 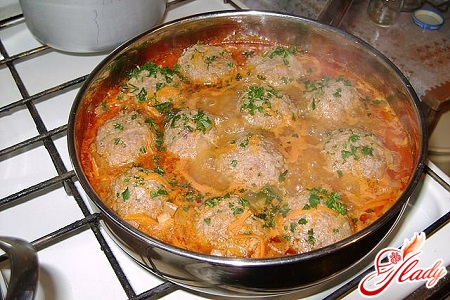 Stages of preparation of meat hedgehogs from forcemeat with rice

There is still a winter recipe for gravy. To do this, put 1 tablespoon (with a slide) of tomato paste, 1 tablespoon of flour (before it must be fried in a dry frying pan), add water and stew for 20 minutes in a frying pan where already fried hedgehogs lie. Then add the onions cut into half rings. Extinguished 10 more minutes and ready. There is another recipe for making hedgehogs with minced meat and rice. On it, the cooking is not in a frying pan, but on a baking sheet in the oven. First hedgehogs are prepared, as in the classic recipe, fried in a frying pan, and then put in a baking dish, poured with gravy or sauce (usually using a cream or garlic sauce for this recipe) and baked for 20 minutes. It will turn out very tasty if sprinkled with grated cheese from above.

How to cook pike? Delicious dishes

What to cook with chicken?

Hot sandwiches in the oven