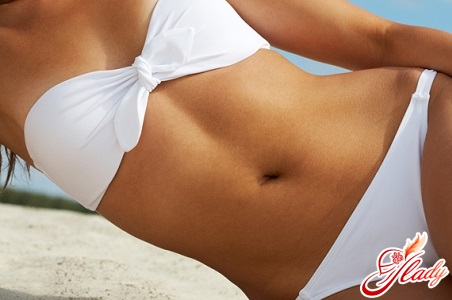 Many women, regardless of age, are concernedsuch a question: how dangerous is the erosion of the cervix for health? About this disease you can hear a variety of rumors and conjectures. Some consider erosion almost a cancer, others - a natural disease. Therefore, in this issue should be well understood.

What is cervical erosion?

This disease belongs to one of the mostcommon among women. In this case, between the vagina and the body of the uterus is the canal-neck, which connects the two organs together. From the inside, the cervix is ​​lined with a cylindrical epithelium - a special tissue, the cells of which closely fit together. The outer part of the cervix, which opens into the vagina, consists of multilayer epithelium or mucous layers. Erosion of the cervix is ​​a direct defect in the mucous membrane. Doctors do not diagnose true erosion very often. The present erosion of the cervix has a pronounced bright red color on the pale pink mucosa. Sometimes the blood vessels can be damaged, so sexual intercourse can be accompanied by bloody discharge. A gynecologist, examining the patient with the help of special mirrors, observes a certain reddening on the external surface of the cervix, mainly in the region of the external throat of the cervical canal. The area of ​​redness often looks small, sometimes it occupies the entire surface of the cervix, it can form outside of the external throat or around the cervical canal. Modern medicine knows more than 20 types of diseases, outwardly similar to uterine erosion. They can look like a red spot on the cervical mucosa, only because an inexperienced doctor can accept this fact for this disease. 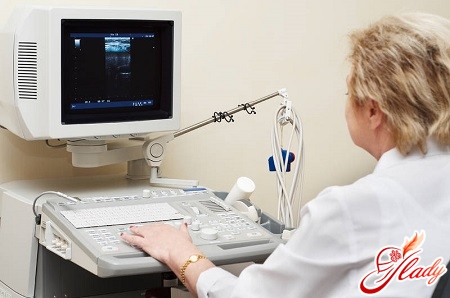 Why there is erosion of the cervix

In itself, such a disease as erosion of the cervixuterus, does not lead to the development of cancer, but against its background, a woman faces a great risk of developing a predisposition to cancer and malignant neoplasms. Therefore, every woman should know that erosion of the cervix is ​​a benign process that can be cured. Many doctors mistakenly refer to a whole group of diseases, for example, chronic and acute cervicitis, ectropine and other benign diseases, namely erosion. This is a gross medical error. Therefore, when a specialist diagnoses "erosion of the cervix," the patient is advised not to panic, but to ask the gynecologist to clarify what he means by that. Physicians are allowed such a combination: erosion of the cervix and pregnancy, which is quite normal. But directly during childbirth, such a neck does not stretch well and it breaks very easily. During pregnancy, erosion is not recommended to cauterize, and it is better to try to cure the methods suggested by the doctor, both traditional and folk. 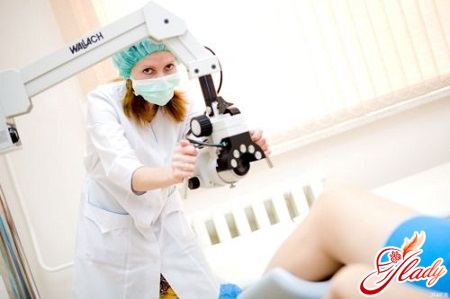 What should a woman do when she is diagnosed with cervical erosion?

In this case, with treatment, it is not necessary to rush, andit is better to go through another thorough examination. Such a survey should consist of examining the cells taken from the damaged cervical sites and examining them under a special microscope. Here there is an important point: if a woman at this time has an inflammatory process, then it should be cured first. After that it is already allowed to take the necessary material for analysis. It is important that the doctor warns the patient that after a biopsy, sexual intimacy is strictly prohibited within the next 10 days. This is done so as not to infect and not to injure that part of the mucosa from which the tissue was taken. Why is cytological examination of the upper neck tissues and colposcopy performed? To reveal the exact state of erosion of the cervix, and if there is a precancerous location, then in time to detect it. After all, even the most neglected disease can be subject to rapid cure, and at the same time a healthy cervix may have a predisposition to oncology. As a consequence, with the slightest suspicion, even with mild erosion, doctors recommend a woman every 6 months observation with a repeated cytological examination. And with the slightest change or deterioration in health, you should immediately seek help from a specialist. If any changes are found, when the main culprit is the trauma of the mucous neck, further development of dysplasia is possible. Similar consequences can be after: a large number of births, long-term use of hormonal contraceptives, vitamin deficiency, genetic and individual predisposition. This includes the constant change of sexual partners, HPV infection, AIDS and some other cases.

Erosion of the cervix is:

What if the cervical erosion is confirmed?

If a woman has this diseasetreatment should be mandatory to prevent any development of complications and tumors of different degrees. Treatment of uterine erosion is carried out in a comprehensive manner, with the identification and consideration of the cause of the onset. When treating a woman, you should follow all the doctor's recommendations and carry them out in time. Recommended tests for the treatment of uterine erosion:

If erosion of the cervix is ​​found in younggirls and proceeds without complications, it is possible to do without cauterization. In this case, the doctor appoints trays with medicinal herbs, antibiotics and homeopathic remedies. After that all the sites, subject to pathological changes on the cervix, are removed. Such treatment, although lasting, gives its positive results.

Symptoms after treatment of uterine erosion

To eliminate pain, you can takepainkillers. Also, after treatment of uterine erosion, it is forbidden to lift weights, perform heavy physical work, syringe and use tampons within 4 weeks. In this period, sexual intimacy is not recommended. Not observing this rule entails traumatization with bleeding and infection of the cervix.

Diet for cystitis is mandatory!

Blood transfusion from vein to buttock