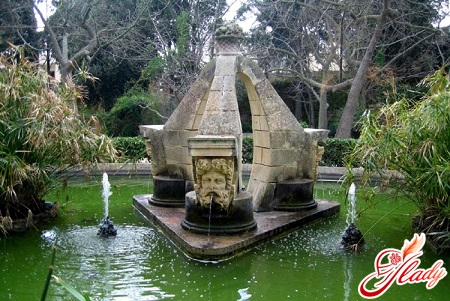 Malta is famous among tourists in the first placethe fact that here is the largest concentration of cultural and historical monuments per unit area. All the sights of Malta can be divided into several groups: cities, museums, architectural monuments, caves, grottos, catacombs, megalithic temples, ancient burials and fortifications. 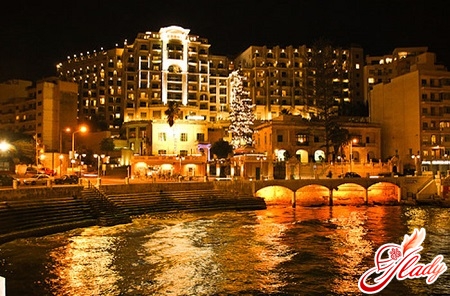 Attractions in the resort

Architectural and cultural values ​​The island itselfcan fairly be called a city-state, since the boundaries between the settlements on the island are purely nominal. The largest city of the island is Birkirkara, and the capital of the state is the city of Valletta, which, like Mdina, has the city-museum title. Not less popular among tourists are the cities of Senglei, Kospicua and Vittoriosa. Malta itself is inhabited unevenly, in the west and south of the island there are practically no settlements. The most populated parts of the island are north-west and east. The capital of the state - Valletta - is an open-air museum. Having visited it, you can get acquainted with the Maltese heritage in such areas as history, archeology, culture, architecture and art. The most famous museums of the city are the Museum of Fine Arts, which acquaints visitors with the culture of the Order of Ionites, the Archaeological Museum, which you can see on archaeological finds of the Punic and Roman periods, as well as the Stone Age, the National War Museum, which contains artifacts from the Second World War , the armory of the Order of the Maltese Knights, which is the most complete collection of armor and weapons of various time periods. The Manoel Theater and the Cathedral of St. John will give an opportunity to touch the spiritual heritage of Malta, and the Palace of the Grand Master will give an opportunity to see scenes from the life of the ion exchangers, which are present in the murals of the palace's ceremonial halls. Three cities - Sengleia, Kospicua and Vittoriosa give an opportunity to get acquainted with the development of navigation in Malta. You can do this by visiting the Maritime Museum. A visit to the ethnological museum will dive tourists into the life of the Maltese. You can see the dungeon, the courtroom and the living quarters of the Grand Inquisitor himself. The museum is located in the Palace of the Inquisitor - the residence of the Grand Inquisitor of the island. When visiting Mdina, you should go to the Museum of Natural History and visit the Cathedral of St. Paul. And tourists with strong nerves can visit such a tourist attraction of Mdina, as a museum of torture. It collected all the instruments of the Inquisition of the Middle Ages. You can also touch the spirit of the Middle Ages by visiting the city of Rabat, in which the catacombs of St. Agatha and St. Paul are located. And you can learn the history of the island of the Roman period by visiting the Roman villa and the Museum of Roman Antiquity. Architecture is one of the main attractions of Malta. Each construction of the island is an invaluable architectural heritage. In Valletta and its environs, you can find buildings and structures. which were built by such brilliant architects as Francesco Laparelli and Gerolamo Cassar. 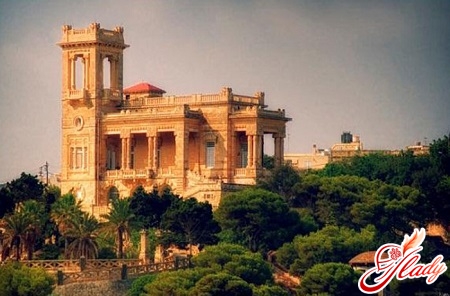 Catacombs of St. Agatha and St. Paul was used for burial. The catacombs are under the protection of UNESCO, therefore it is recommended that they be visited by every tourist. On the island there are also natural caves - Ar Dalam and Calypso. Among the most famous grottoes of Malta is the grotto of the Nuns, in which, according to legend, the ablutions of the nuns were performed. The structure of the grotto reliably protected them from prying eyes. At all times, tourists attract the island of Malta, whose sights are known to travelers from all over the world. The most popular are the megalithic structures of Malta. The most ancient buildings of human civilization in the world are located exactly in the Maltese archipelago. The age of these structures dates back to 4000-2000. BC. e. Having visited Malta, you can touch the age-old history of human civilization. Access for tourists is permitted in almost all the megalithic structures of the island. The most famous megalithic temples of Malta are Jganiyah, Mnaydra, Tarshin, Skorba, Bugibba and Tal Adi. Such sights of Malta as bastions and forts are known primarily due to their unique architectural solutions. Fortifications are located throughout the archipelago and are open to tourists. The most famous sights are the fortresses of Mdina and Valletta, the fort of St. Angelo, the fort of St. Elmo and the citadel of the island of Gozo. The entire coastline of the island is dotted with a multitude of watchtowers and fortifying walls. Maltese ancient burials can be found in any corner of the island. The most famous are the burials in the catacombs of St. Agatha and St. Paul. The island is famous for its natural species, such as the giant cliffs of the southern coast. And the Blue Grotto with turquoise water is one of the most impressive places in Malta. You can get to the grotto only by boat. On the island of Gozo, one must look at such a creation of nature as a natural arch that was washed by waves in a huge rock. On the island of Gozo there is also the so-called Inland Sea, which connects with the Mediterranean Sea by a narrow strait. The island itself has long been considered a tourist Mecca and a favorite destination for travelers from all over the globe.

What to take with you to the sea?

Geneva: the sights of Geneva