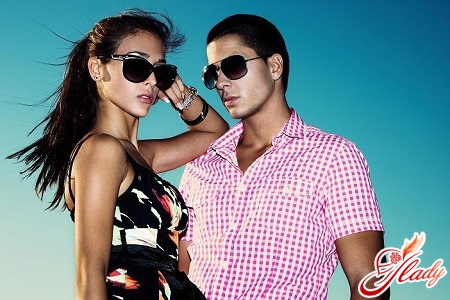 In our life it is often enough to meetsuch couples, in which the girl is an example of decency and intelligence, and her young man does not shine with special mental abilities, and generally behaves like a real bully. Most often, such love unions arise at a young age, however, and mature women can also choose their own companions in life are not the most prosperous representatives of the stronger sex. However, despite the fact that girls like bad guys, in most cases they themselves are not very happy about such hobbies, and over time, when the heat of love is a little fading, try to get rid of such relationships. However, this does not reduce the number of love unions of good girls and "bad" guys, in which the feelings often very quickly catch fire and just as rapidly fade away. About what caused such an inexplicable contradiction, we'll talk today in our article.

The attraction of male power

All women on the subconscious level like,when their beloved has a true male power, which manifests itself in appearance and behavior in completely different situations. To determine why this is the case and what specific characteristics are possessed by men attracting a lot of women, scientists conducted many different studies. As a result, they all unanimously concluded that the fault is the male hormone called testosterone. Those men, in whose blood he is elevated, are perceived by most women as strong and very courageous. Most often, these men have a bright, memorable appearance and a muscular figure, which, of course, makes them even more attractive in the eyes of women. However, there are cases when the appearance of a man with a high content of testosterone is not anything special, but the girls still do not give him a pass. At the same time, a man often does not understand why he likes the representatives of the opposite sex, but such attention, of course, flatter him and eventually turns him into a "bad" guy, even if he was not originally that. 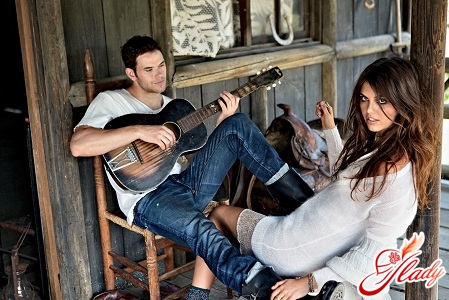 Many girls because of the nature inherent in theminstincts tend to seek to educate not only children, but all surrounding people, and especially men from their close circle of communication, whom they know very well. Naturally, in the case of a beloved man, this manifests itself even more. It seems to women that they can eradicate the shortcomings of their lover and turn him into an almost perfect man. However, in fact, all this is just an illusion, because any adult, and even more a man, and even with pronounced features of character and behavior, can not be remade. Also the girl as a result of strong feelings to this or that guy may want to change it not to test his pedagogical abilities, but to make life much easier and better. This desire seems to the woman an indispensable component of a love relationship with a "bad" guy, but he himself can only cause irritation, and in time even aggression and the desire to immediately part with the one that does not allow him to live a familiar life. And no love will help to keep such a man, because he appreciates his usual way of life much more than any feelings.

Most women in modern societyeveryday life does not differ in a special variety, and any bright events occur in it extremely rarely. Very few people like it, and those who speak only positively about such a way of life, still a little cunning, because at heart they want to experience unusual and memorable experiences. Such emotions most often arise at the time when a person experiences adrenaline rush into the blood, and women often simply have to plunge into the whirlpool of a relationship with a "bad" guy. Having met with a man who does not fit into the generally accepted standards of behavior, many girls at first consider him too "wrong" and dangerous for a love relationship, but very quickly change their mind, because at a subconscious level they feel that he can give the necessary sense of risk and the saturation of everyday life. Quite often at this point, girls do not understand at all why they succumb to the charms of "bad" guys, but the desire to experience adrenaline pushes them into such an ambiguous and dangerous relationship.

Another reason that explains why womenso strongly like non-ordinary men with defiant behavior, is the need for a passionate sexual relationship. Many women are not aware of this need, because often with the choice of a partner guided more by his psychological and social qualities. However, from the physiological point of view and the inherent nature of the need to continue the genus, girls always choose those guys who have the highest level of testosterone. Contrary to popular belief, these men are not shorties with a strong body and bald head, but quite nice successful modern men of the stronger sex, who have an unusual outlook on life and almost complete ignoring of any norms accepted in society, that is, who are called "bad" guys. Such men have some kind of natural magnetism and a very passionate temperament, which makes them ideal lovers. However, these qualities are often combined with a far from simple nature and hamovatym behavior in ordinary life, but women do not frighten. At least, not the first stages of the development of a love union with the "bad" guys, girls often pay more attention to the carnal side of the relationship, and the psychological characteristics of the new elect temporarily fade into the background. 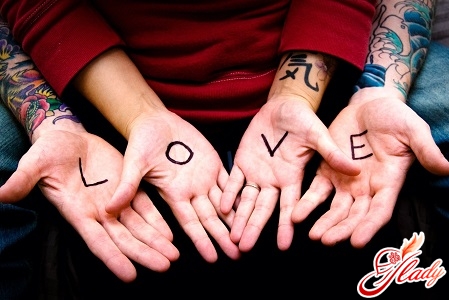 It would seem that there can be a link betweenadventures and some kind of love relationship? However, paired with a "bad" guy, this connection is shown as best as possible, because it is precisely these representatives of the opposite sex that can bring to life any woman a lot of adventures, both in the literal and figurative sense of the word. From the very first second of acquaintance, these guys begin to demonstrate their favorite young ladies with their extraordinary abilities and skills in various spheres of life, and then, when the relationship goes into a more or less stable phase, do not give the beloved to be bored with his constant fancies and unusual and sometimes insolent antics . Also, "bad" guys are often fond of extreme sports and try to attach to this lesson their soul mate. This is especially attractive for girls who have long wanted to do some sports, but they did not get anything because of the banal laziness or ignorance of the basic principles of training. In a "bad" guy who deals with a particular sport, such women subconsciously look for some kind of mentor and a strict teacher who will constantly push them to the sporting achievements.

Unfortunately, quite often insurmountablethe desire to communicate with the "bad" guys is caused by the girls with low self-esteem and an inner feeling that they are not worthy of the best. And the girls themselves may not know why they are unevenly breathing to the "bad" guys, and consider it just a feature of their character. This option is the most dangerous, because with long-term relationships with unusual, but not very good men, women's self-esteem may become even lower, which may well provoke the emergence of persistent mental disorders and neuroses. The best option in this case is an uncompromising break of relations, however difficult it may be. At first, after parting with the "bad" guy, the girl's life may well turn black, but eventually she will feel much better and finally begin to meet with a good young man. It is also desirable at this time to seek help from a psychologist who will significantly speed up the process of experiencing a break in the love union, identify the reason for sympathy for the "bad" guys and help to eliminate it. About why women breathe unevenly to "bad guys", you can talk endlessly, because there are mixed a lot of different psychological and physiological features inherent in nature itself. However, in any case, an amorous alliance with such a man seldom develops into a reliable family relationship, more often he remains at the level of a short novel. Even if a man and a woman in such a couple bond themselves by marriage or simply begin to live together as a family, then, most likely, they will quickly encounter the emergence of irreconcilable conflicts capable of destroying any relationship. The only undeniable advantage of a love affair with a "bad" guy is the opportunity to feel the fullness of life, realize your secret desires, which may not be understood by ordinary men, and enjoy an all-consuming mutual feeling. However, getting involved in such relations, it is very important to understand that the probability of their successful and more or less prolonged continuation is unlikely. So it's best not to think about why it's impossible to influence a loved one and make the union more harmonious, but simply enjoy the full program of moments of happiness together.

Surprise for a loved one: what gift to give to a beloved man

The difference in the age of 15 years: the pros and cons of such relationships

The difference in age between a guy and a girl: which option is optimal?

How a man in love behaves