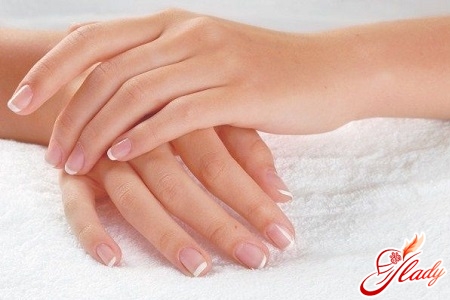 Hands can tell a lot about a person - givehis age, position and social status. That's why the representatives of the fair sex so closely monitor the state of their hands - they make manicure, baths, use all sorts of creams. And therefore it is quite natural that calluses on hands are able to upset anyone, because the appearance of spoils very much. But do not despair - hopeless situations, as you know, does not happen. So, you need to calm down and find a way to get rid of warts on your hands. Moreover, there are many such methods and most of them are quite accessible. Immediately I would like to make a reservation - self-medication is not recommended. Do not consider the growths on the hands of something frivolous. Even if you prefer a folk remedy for getting rid of warts, consult a dermatologist beforehand - he must approve the treatment you have chosen.

What you need to know about warts?

Wart is a benign neoplasmOn the skin, arising under the influence of the human papillomavirus. Warts can be located anywhere, but for some reason, most often they are fond of hands. Ignoring warts is impossible even if the aesthetic side of the question does not bother you - despite the fact that the formation is benign, once under the influence of adverse factors it can degenerate into a malignant one. Become such factors can burn, prolonged exposure to direct sunlight, trauma. Why do warts appear? If you do not know the answer to this question, treatment will not be successful. Before trying to get rid of the wart itself, you need to undergo a special treatment course aimed at destroying the papilloma virus. Otherwise, your struggle with warts will only be a temporary measure - just get rid of one, as another appears. And such a run in a circle can last a lifetime. Agree that it is much more reasonable to be treated normally, and not to wonder why they again appear. But, alas, there is no guarantee that in the future you will not become infected with the papilloma virus again. Remember this and observe the elementary preventive measures - do not use someone else's towels, do not wear someone else's shoes and do not let anyone touch your own, do not go barefoot in the locker rooms of gyms and remember rubber slippers in swimming pools. It is enough to damage the surface of the skin, so that the virus enters the body. By the way, you learn about your infection not at once - a very long time the virus can be in the body absolutely unnoticed, because it is held back by the human immune system. And it costs her at least a little to relax, as the virus begins an active life. And you will be told about its existence by the appearance of warts. And if the treatment does not start right away, there are more and more new warts. 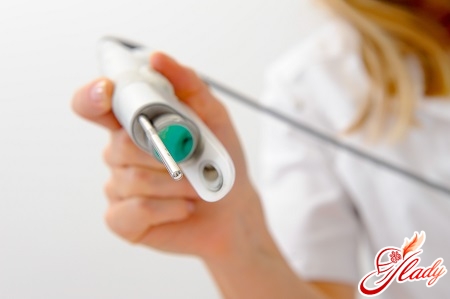 Removal of warts today offers almosteach cosmetic cabinet. However, one should not act recklessly and go to the first specialist who comes across, since the removal of the wart should be performed only by a person with medical education, and not from an incomprehensible origin of certificates. It is the doctor who will tell you which way to remove the warts is to stop for you. After all, there are quite a lot of them:

In this case, an ally of a doctor in the fight againstwarts becomes liquid nitrogen. The doctor moistens a special applicator in a solution of liquid nitrogen, firmly presses it against the wart for several minutes - depending on its size. Wart tissues are strongly cooled, damaged and begin to die. In a day - two warts will turn into a continuous blister, which will fall off on the seventh day. In most cases, there are no scars after such treatment. But, of course, only if you will take care of the wound properly.

If the warts are small, you can trydo with less blood - remove them with an electric current. The doctor damages the blood vessels that feed the tissue of the wart, so that it dies. But this procedure is quite painful, so it is not very popular today.

The most optimal option is laserremoval of warts. The laser beam can eliminate the tumor quickly, painlessly and practically bloodless. The risk of infection of the wound is minimal, and there are no scars on the site of the removed wart - a maximum of a small pink speck that will eventually disappear. All these methods of wart removal are absolutely accessible to all people. When choosing the main guide should serve as the opinion of the doctor. As a rule, there are no complications after removal of warts. Of course, if you will properly care for the wound. Especially since it is quite simple - treat the wound as the doctor says, try not to wet it again and certainly not to get dirty - buy medical gloves in the pharmacy. Maximum two weeks later, you do not remember that even recently on your hands the wart "flaunted", and maybe not just one.

If for some reason you do not wantremove warts from a doctor, you can try to fight them with improvised means - folk medicine knows a lot of good recipes. But immediately I would like to warn you that such treatment is exclusively at your own risk and risk. Yes, in most cases people really manage to get rid of warts without any complications. But we must not forget that there is always a small, but nevertheless the probability of the degeneration of a benign wart into a malignant neoplasm. So is it worth it to risk your health? But since you decided on such treatment, then at least consult your dermatologist. He will help to choose the most sparing recipe. One of the most effective means of removing warts is the most common garlic. We offer you several recipes - choose any. But remember that garlic very aggressively affects the healthy skin around the wart. So, if you do not want to then burn the burns, you need to take care of the skin protection. It is best to do this with an adhesive plaster. You will only need a wide coil patch and scissors. Cut a square of sticking plaster, cut through it a hole corresponding to the diameter of the wart and glue so that the wart remains on the surface. Everything, your skin, no negative effects are not terrible.

Rub on a small grater a few smallgarlic cloves, add a couple drops of any vegetable oil and mix thoroughly. Chop the garlic and oil on the wart, place a small gauze pad on top and firmly fix it with a sticking plaster. The resulting garlic compress should be on the wart for at least an hour, after which the skin should be washed with plenty of cool water. But if you feel very uncomfortable, immediately wash off the garlic - most likely, the skin of your hands is too sensitive. This procedure should not be performed more than every other day - your wart will disappear in about two weeks.

If the wart is large enough, it makes sensemake garlic cake. For its preparation you need five large cloves of garlic, a couple of tablespoons of rye flour, half a teaspoon of olive oil and a little apple cider vinegar. From these components, mix the dough - it should be elastic and not too steep. Store this dough in a knotted plastic bag in the refrigerator, no more than two weeks. Every evening, put a flat cake made of dough on the wart. On top, you need to put a layer of gauze and polyethylene film, and then fix it - either with bandage or with a plaster. This cake should stay at least 5 hours, and even better - for the whole night. You will notice the first results in about 10 days, and the full wart will disappear about a month later. 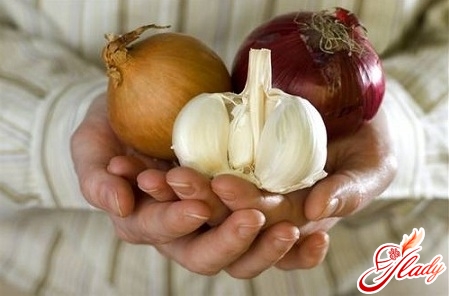 Treatment of warts with the help of onions

If you do not like garlic, you can apply forhelp to his brother - onions. Treatment, of course, will take a little longer, but the onion is much softer - the risk of skin damage is minimal. Although, of course, the skin around the wart should be protected, and in this case - at least grease it with a thick layer of any fat cream.

Clean half the head of onions,pass it through the meat grinder and gently squeeze it out using gauze cloth. Add to the onion mass a small amount of sunflower oil, mix and transfer to a glass container. Store the onion mass in a refrigerator, not more than a month. Every evening make a hot bath for hands - best of all with a decoction of chamomile. After 15 minutes, wipe your hands, apply a thick layer of onions on the wart and put polyethylene film on top, bandage and leave for two hours. Then wash your hands and lubricate the wart with zinc ointment, which is sold without a prescription in each pharmacy. It is best to do this procedure every evening - and after about a month you say goodbye to the hateful wart.

If the wart is very stubborn, you canUse a stronger weapon - onions with apple cider vinegar. Finely chop the onion head, put it in a glass jar, cover it and place it in the fridge. Immediately before the procedure, take a teaspoon of onions, using a fork, grind it and attach it to the wart. From above - all the same polyethylene film and gauze fabric. Then fix the bandage and leave for five to six hours. After the onion rinse and allow the wart to dry. Dampen the cotton bud in apple cider vinegar and spread the wart abundantly. If the wart is small, it is enough to repeat this procedure every other day, for a month. But if it is large or a week later you have not noticed any slight changes, make onion compresses every day. As you can see, there is nothing particularly complicated in these procedures - they can be done at home. But if after a month of treatment the warts on the hands have not disappeared, it's time to tie up the experiments - go to the doctor. Most likely, you will need a qualified serious treatment.

How to cure a cold in three days

How to cleanse yourself after the holidays

How to protect immunity with garlic