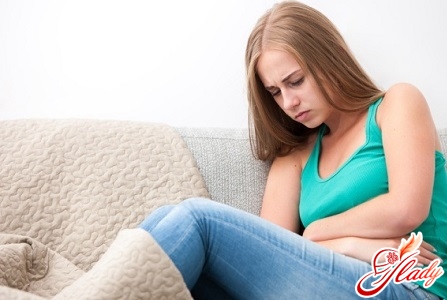 Quite often in women of reproductive agethere are questions that relate to the possibility of pregnancy with uterine myomas or after an operation to remove it. It is very important to make the right decision about the tactics of conducting each particular patient. Are uterine fibroids and pregnancy compatible? Myoma is a benign tumor consisting of muscle tissue. Occurs in the case when the muscular cells of the uterus actively begin to divide. Doctors have not yet figured out why this is happening, but the most probable reason is called hormonal stimulation and increased estrogen secretion.

Is it possible to become pregnant with a uterine myoma?

The answer to this question depends on many factors that should be considered:

If there is a localization of the myomatous node incavity or wall of the uterus in such a way that the cavity is deformed, or on the neck of the uterus, in this case, pregnancy is physiologically impossible. Nodes of this arrangement act as a spiral, are some kind of contraceptive. Spermatozoa simply remain on the surface of these nodes and do not reach the fallopian tubes. Consequently, the ovum and sperm do not occur. Such nodes should be deleted! At small sizes of myomatous nodes and location in the wall of the uterus or externally (subserous localization), in the absence of deformity of the cavity, pregnancy under the remaining satisfactory conditions can occur. In the case of the described nodes, pregnancy can be planned. In the future, still possible problems, they can be associated with bearing, but their frequency according to statistics is about 15-20%. If there is a knot with a thin leg, there is a risk of torsion during pregnancy, this will lead to an emergency surgery and probable interruption. If you are preparing to become a mother, you should remove these nodes beforehand.

If by results of US and observations of myomagrows rapidly, i.e. increases in size in 1,5-2 times in the period of six months, then planning for pregnancy with uterine myoma is impossible. In this case, there is a high risk of fibroid growth during pregnancy, there is a possibility of a disruption in the nutrition of the myomatous node, the risk of miscarriage increases. In this case, it is necessary to perform an operative treatment.

If the fibroid is large (size of uterusexceeds 10-12 weeks. pregnancy, and in the case of IVF in the presence of fibroids more than 4 cm), it is not necessary to plan pregnancy, there is a high probability of miscarriage and the appearance of a malnutrition during the period of gestation, which can lead to an emergency surgical intervention. Yes, and the onset of pregnancy in this case is unlikely, because in 60-70% of such patients there is a pathology of the endometrium, which makes implantation of the embryo impossible. Is uterine fibroids growing during pregnancy? It is not possible to predict the "behavior" of myoma during this period. This is a genetically determined factor. According to statistics, 65-75% of the nodes decrease approximately by 30%, but 25-35% of the myomas during pregnancy can grow, and very rapidly, and as a rule, the increase is 100%. 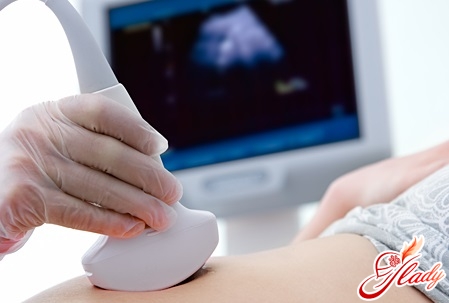 How to remove fibroids during pregnancy planning?

The question of the mode of operative intervention inthe case of uterine fibroids is quite complicated. Laparoscopy, on the one hand, has more advantages, the main one is a decrease in the likelihood of development in the small pelvis of the adhesive process. Subsequently, this will preserve patency in the fallopian tubes, which is an important factor in the fertilization of the egg. With laparotomy, the likelihood of adhesions is much higher, and their appearance is possible in both the small pelvis and the abdominal cavity. In the future this will lead, in addition to infertility, to complications in the gastrointestinal tract. However, on the other hand, it is believed that in the case of large fibroids, laparoscopy is not always possible to get the uterus in the right way. This is associated with laparoscopic technique. The quality of the healing of the suture on the uterus can vary among different patients and depends on several factors:

So, the most optimal (maximum) sizenodes for the possible conduct of laparoscopy to the patient, who plans to become pregnant - 5-6 cm. In order to sew, in this case, special skill of the surgeon is necessary. In the case of larger sites, new technologies for uterine suturing have been developed that can strengthen its walls, but the likelihood of a risk of rupture of the uterus over the scar is always higher. In the presence of nodes larger than 9-10 cm, the risk of rupture of the rumen is higher than the risk of adhesions after laparotomy. Here surgeons, as a rule, refuse laparoscopy and perform abdominal surgery, taking into account the woman's reproductive wishes. The incidence of adhesions after laparoscopy is significantly lower than with abdominal cramping (laparotomy). But with large myomatous nodes, endometriosis and inflammation of the appendages, genetic peculiarities in the postoperative period, there is a risk of re-development of the adhesion process. According to statistics, the probability of adhesions is higher when the myomatous node is localized in the uterus on the back wall. The reasons for this fact are not clear at the moment. If there are concomitant pathologies (chlamydia, endometriosis, gonorrhea, etc.) in patients who are interested in pregnancy, approximately 6-8 months later, a control laparoscopy is performed to assess the state of the fallopian tubes. The question of re-operation is always solved individually, considering a number of factors and individual characteristics. After a laparotomy for the removal of large fibroids, in view of the high likelihood of formation of adhesions, control laparoscopy is performed in most cases to restore patency of the fallopian tubes. 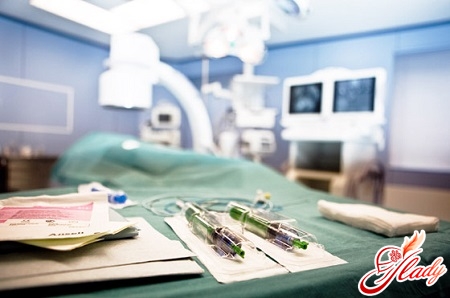 When can I get pregnant after the operation?

After the operation to remove fibroids, regardless ofway (laparotomy or laparoscopy), you can get pregnant in 8-12 months, this depends in most cases on the size of the remote node. At small sizes (3-4 cm), pregnancy can be planned in eight months. Such limitations are associated with the physiological features of the restoration of the uterine muscles. Dissolution of sutures on average fully ends only 90 days after the operation. Given that the size of the uterus during pregnancy is significantly increased, the muscles are stretched and hypertrophied very much, it is necessary that the healing of the scar was complete. Indications for cesarean section after such an operation are determined individually each time and depend on the size of the myoma, which was removed, because it affects the size of the scar, from its previous location, from the accompanying indications (the age of the pregnant woman, the duration of infertility treatment, the presence of gestosis), from the ultrasound of the suture during pregnancy. In general, with the removal of fibroids to 3-4 cm, the absence of complications, young age, satisfactory according to the ultrasound examination of the state of the rumen, it is possible to perform natural childbirth. Rupture of the uterus and multiple myoma

After the operation to remove the fibroids,after the previous cesarean section, in any case, if there is a scar on the uterus, there is a possibility of its rupture during pregnancy. According to some data, the frequency of breaks is about 6%, but this is not an exact figure. The probability of a break is difficult to determine, because it is determined by the individual characteristics of the muscles of the uterus, it is almost impossible to evaluate them. Patients who have a scar on the uterus need a more careful attitude when conducting pregnancy, you need to constantly assess the blood flow in the rumen, its condition, need a timely plan for childbirth, early hospitalization before childbirth, etc. In most cases, the myoma is represented by several nodes. The situation with the planning of pregnancy with multiple myomas is quite complicated. In some cases, several nodes of different sizes are localized in the uterus, and if they are all removed, healthy tissue can practically not remain. In these cases only those myomatous nodes that interfere with pregnancy are removed; are localized so that they interfere with attachment to the embryo, or those nodes that are prone to rapid growth. After childbirth, you can already delete the remaining nodes or conduct removal at caesarean section. To delete all myomatous nodules at planning and preparation for pregnancy in case of their large number is inexpedient, tk. this can adversely affect the very possibility of becoming pregnant, bearing, and the course of childbirth.

How to get rid of a boil?

Allergy to dust: how to deal with invisible enemies of health

Sleep Disorders: How to deal with problems of falling asleep

Strong sweating: trouble with which you do not have to put up!

Black tea: good and bad for the body