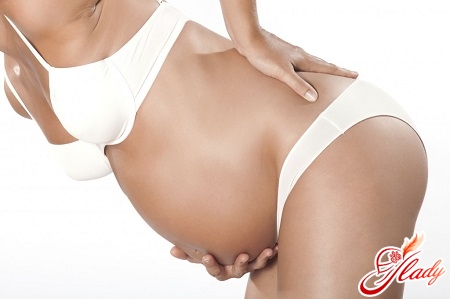 So arranged by nature that in a normal statethe muscles of the uterus in a pregnant woman are in a relaxed state, and their active reduction begins only at the time of delivery. Thus, she prepares to expel the fetus. But if the uterus becomes active during pregnancy, and long before it is completed, then this is a pathology that can threaten miscarriage, premature birth or a frozen pregnancy. The tone of the uterus during pregnancy can arise due to several reasons.

Uterine tone can occur on different termspregnancy. This can happen both at the beginning of pregnancy, and in the middle, and at the end. The emerging tone of the uterus during pregnancy has many causes, both functional and hormonal. The reason for his appearance in the early stages of pregnancy is, more often than not, a violation of the hormonal background in the future mother. As a result, the body reduces the production of progesterone, which is the main hormone of pregnancy and responsible for its successful course. When determining the normal development of the embryo with the help of ultrasound, doctors prescribe the use of antispasmodics, progesterone preparations and reduced exercise stresses for the preservation of pregnancy. Progesterone helps to reduce the excitability of the uterus, protects the fetus from penetration of infections and helps the placenta to develop properly, and also, so that the pregnant woman is relaxed and calm, calmingly acts on the nervous system. It is usually taken up to 16-18 weeks and ends when the placenta is finally formed. The tone of the uterus during pregnancy at 16-17 weeks is due to the fact that the uterus greatly increases in size and presses on the bladder, neck, and other organs. There are also pains in the lower back and back. In this case, it is necessary to wear an antenatal bandage that helps to relieve the load from the spine and distribute it evenly throughout the abdomen. If the tone of the uterus during pregnancy, starting at 34-35 weeks, appears sporadically, it may be harbingers of labor. This is a kind of training the body before the forthcoming birth. 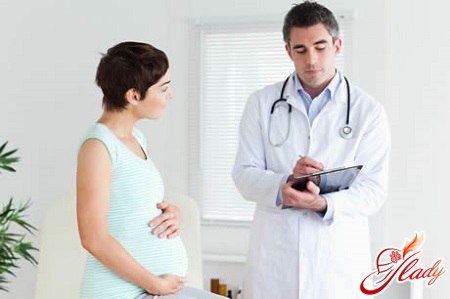 There are several ways to diagnosehypertension of the uterus. Often it can be seen even with a simple gynecological examination. But the most common method of diagnosis is ultrasound. It shows the state of the musculature of the uterus. Ultrasound can show such pathologies as tonic uterus on the front or back wall of 1 or 2 degrees. Elevated tone of the uterus can be measured with special instruments, but they are not very common, since the diagnosis of this problem is not very difficult. To determine the cause of the appearance of a tone is much more difficult. Prevention of hypertension is very simple. Most importantly, you need to avoid unnecessary stress and exercise. It is also necessary to eat right and observe the regime of the day: about the same time, go to bed and get up. At this time, a healthy dream and a full rest are very important. Separately, it is necessary to mention various harmful habits, such as smoking and drinking alcohol, which can also be the cause of the appearance of tonus. As you know, both cause increased uterus tone, and other pathologies, even more unpleasant. Therefore, it is better to give up tobacco and alcohol before you become pregnant. For the prevention and timely detection of great importance is the constant monitoring of the doctor and the passage of all related studies: ultrasound, tests, examinations of narrow specialists and so on. If all the same you have an increased tone, the most important thing is to worry less. The tone of the uterus during pregnancy is not a verdict, because in most cases pregnancy can save and minimize the consequences for the child. And the excitement will only worsen the condition of the pregnant woman. When pregnancy, any symptoms of the uterus toneshould be under the control of a doctor, despite the fact that in most cases a serious threat to the mother's and baby's tone of the uterus does not and does not need treatment. Therefore, it is necessary to tell him about any unusual changes in health. Without medical attention, there should not be a single detail, since it is often difficult for a woman to properly assess her condition on her own. If the signs of the tone of the uterus do not pass at rest, unusual discharge and pain appear in the lower abdomen, pulls the lower back, then you must necessarily show yourself to the doctor. It is always necessary to pay attention to the unusual behavior of the child, if he unusually quieted down, or, on the contrary, is too restless. If irregular cramping pains appear during tonus, you need to see the doctor so that the threat of termination of pregnancy is excluded. The doctor will examine you, if necessary, make an ultrasound, listen to the heartbeat of the fetus and prescribe medication that will relax the musculature of the uterus. If this examination shows a threat of miscarriage and you are offered to go to the hospital, you do not have to give it up, because the health and life of the unborn child depends on it, since the blood vessels of the placenta are squeezed by hypertension of the uterus and cause the baby to suffer from lack of oxygen and nutrients in utero. Along with painful and prolonged contractions of the uterus in the second trimester, ultrasound can show a tendency to the opening of the cervix and its shortening. To remove the tone and stay pregnant in this case, a strict bed rest and treatment in the hospital. With the development of tone in the 3rd trimester, due to the preparation of the cervix for labor and changes in the hormonal background, contractions can become generic. In this case, urgent medical care is needed in a hospital. Started in time treatment of the uterine tone allows almost always to prolong it as long as possible, so that the baby has finally formed lungs, at least up to 34-35 weeks.

Removing the tone at home

The best way is toning exercises.uterus. For example, the exercise "Cat": get on all fours, raise your head and bend your back, stand in this position for a few seconds, and then slowly return to the starting position. It is necessary to repeat this exercise several times, and then lie down for an hour. It has long been observed that relaxation of the facial muscles promotes relaxation of the muscles of the uterus. Therefore, the second exercise, which is recommended to be done with the tone of the uterus, is associated with the face. We lower our head and relax all the muscles of the face and neck as much as possible. When doing it, you only need to breathe through your mouth. To get rid of the symptoms of hypertonia and the unpleasant sensations that have appeared, sometimes it is enough just to get on all fours, with an emphasis on the elbows, in the so-called "knee-elbow" position. By combining this simple set of exercises with antispasmodics and sedatives, you can quickly relieve the tone of the uterus. However, one should not forget that it is important not only to remove the tone of the uterus, but also to eliminate the cause. It is very important for this to strictly follow all the instructions of the attending physician. If this condition cannot be removed, or the discomfort increases, you will still have to agree to hospitalization.

How to get rid of pregnancy in the early stages?

Signs of pregnancy in the early days

How to Get Pregnant Fast