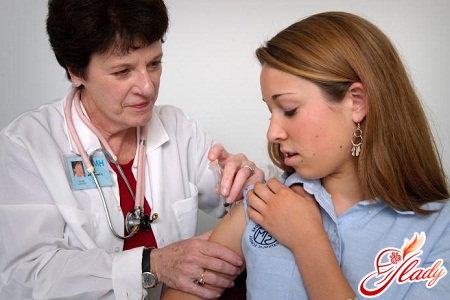 About tick-borne encephalitis, probably, everything was heard. With the approach of summer, it is often possible to find television and radio programs about this disease, articles in newspapers and magazines. What is tick-borne encephalitis (CE), what is it dangerous and how to protect it from it? The carriers of the disease are ixodid mites. Unfortunately, they can be found in almost all forests of Eurasia. And, although not all ticks are carriers of the virus, but only 2-15% of them, the probability of catching a bite in the case is still quite high. Ticks very much like mixed forests with a dense understory, shrubs, tall grass. They prefer wet places. But they do not like the direct sunlight and dry air. In severe heat or during torrential rain, these parasites are inactive and almost do not attack. In different areas the activity of ixodid ticks is different. The most dangerous are the parasites living in the Far East and Eastern Siberia. In comparison with these regions in the European part of Russia the situation is more calm, however, it is not necessary to neglect precautionary measures when traveling to nature. It is worth bearing in mind that "for mites" it is not at all necessary to go far into the forest. This insect can be brought home with a bouquet of flowers, collected herbs. And even with mushrooms, bought in the market. Active carriers of tick-borne encephalitis in spring - summer time. Asian pincers show maximum activity in the first half of summer, usually in May and June. But their European counterparts are active twice a year. They somewhat reduce their activity in July, in order to go hunting again in August and September. But the disease caused by European mites, proceeds in a more mild form. According to statistics, in the Far East tick-borne encephalitis in 20 - 40% of cases leads to death. For the European part of Russia, this figure is 1 - 3%. Ticks infect a person in the process of bloodsucking. And the female sucks blood for a long time, usually several days. At the same time, it increases its weight by about a hundred times. But males suck only a few hours, and their suction can sometimes be unnoticed, although you can catch encephalitis as early as the first minute after sucking in an infected tick.

Forms and stages of tick-borne encephalitis

Most often the disease manifests itself on 10 - 12day of illness, although the incubation period can be from 7 to 21 days. Tick-borne encephalitis is divided into several clinical forms. Any of them begins, as a rule, sharply, that is, suddenly. The first symptoms are very similar to those seen with the flu:

Tick-borne encephalitis occurs, as a rule, in several stages:

For meningoencephalitic tick-borne formEncephalitis is characterized by impaired consciousness, the appearance of seizures, mental disorders, motor disorders (paresis and paralysis). In the poliomyelitis form of the disease, nerve cells in the cervical spinal cord are damaged. There are flaccid (that is, with complete lack of movement) paralysis of the muscles of the neck and hands, which often lead to disability. It is the two last forms that are most dangerous, with the probability of a lethal outcome. Even with recovery, they leave the patient "for memory" headaches, paralysis and other neurological problems.

The presence of both antibodies indicates infectionhuman virus with CE. If only IgG is found in the blood, then the person is either sick for a long time, or was vaccinated, or once already suffered this disease.

All patients with CE are simultaneously examined for tick-borne borreliosis, since it is not impossible to infect a person with both infections at once. 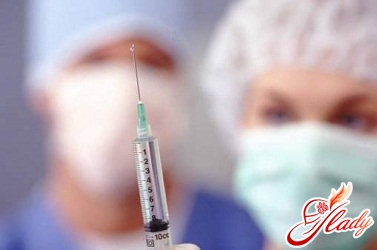 Treatment, as a rule, mainlylimited to symptomatic therapy. The patient must be assigned the strictest bed rest. Sometimes anti-malignant immunoglobulin (a drug that contains IgG to the causative agent of the disease) is used to neutralize the virus, but the advisability of such treatment is currently questioned. European medicine has already abandoned the use of immunoglobulin G for the treatment of tick-borne encephalitis. In the treatment of CE, vitamins can be used. For example, ascorbic acid (vitamin C), which increases the immunity, and also improves the work of the liver to neutralize toxic substances. In a day patients are administered from 300 to 1000 mg of ascorbic acid. In addition to ascorbic acid, the patient is recommended vitamins of group B. From one person to another tick-borne encephalitis is not transmitted, therefore isolation of the patient in this case is not required.

Today in Russia, bothimport, and Russian vaccines. They are approximately the same in composition. Technologies of their manufacturing are also very close. In all cases, the chicken embryos are grown viruses - pathogens of the disease, then they are rendered harmless. In all vaccines there is no living causative agent of the disease, therefore it is impossible to catch encephalitis after the introduction of the vaccine. Only the antigen of the viral particle is introduced into the body. To this antigen, the human immune system begins to produce antibodies - immunoglobulins. When a real virus enters the body - the causative agent of CE, the immunoglobulins already present in the blood quickly neutralize it. All vaccines are active both against European encephalitis and against their Asian types. Their effectiveness is great enough. According to different data, after a triple injection of the vaccine, 90 to 98% of the vaccinated become fully protected from the virus.

What contraindications does the vaccine have against tick-borne encephalitis?

For imported vaccines, there are very few contraindications:

For Russian vaccines against tick-borne encephalitis, the list of contraindications is much broader:

Can I get vaccinated against tick-borne encephalitispregnant or lactating woman? The fact is that at the moment there is no reliable knowledge about the effects of vaccines on the fetus. It is also unknown whether the components of the vaccine stand out with the mother's milk. Therefore, pregnant and lactating women are vaccinated only in case of emergency. Preliminary should be weighed all the pros and cons, to assess the real risk of infection of a woman with tick-borne encephalitis. II. Closed clothing, regular inspections When heading into the forest or mountains, wear light-colored clothing with long sleeves, preferably with a hood. If there is no hood, be sure to hide the hair under any headgear. Pull the trousers in your socks. Absolutely not suitable for hiking in the forest clothes made of corduroy, wool and other uneven cloth, since it is difficult to notice the tick on it. Every quarter of an hour, inspect the clothes and drop all the insects on it. Returning from the forest, carry out a thorough examination, paying special attention to the groin area, armpits, ears, neck - mites often suck in exactly these places. Clothes on return from the forest should be washed in hot water. III. The use of repellents The means repelling ticks (Off, Extreme !, GALL-RET, DETA-VOKKO, DEFI-Taiga, Biban and others) are now sold in almost all stores. They are applied to the exposed areas of the skin, as well as to clothing. It is recommended to apply repellent around the waist, neck, ankles, knees, on the sleeves. Repellents have a deterrent effect on carriers of tick-borne encephalitis. Having discovered such a substance, the parasite crawls in the opposite direction from it. The effect of repellents applied to clothing lasts from several hours to five days. There are also more dangerous for ticks means - acaricides ("Refatamide taiga", "Pretex", "Picnic-Anti-cellulite", "Gardex-Anticlusca", etc.) and insecticide-repellent means (Medilis-comfort, "," Kra-Rep "), etc.) These funds, deposited on clothes, up to two weeks retain their ability to destroy parasites. Because of the strong toxicity, insecticidally-repellent and acaricidal agents are categorically forbidden to be applied to the skin. Do not also use them to protect children. For children, there are special repellents containing less toxic components: "Off-Child", "Efkalat", "Biban-gel", etc.

If you find a tick

If you find a sucking mite on the body,remove it with a manicure tweezers. If there were no tweezers at hand, wrap the head of the parasite with a thread as close as possible to the proboscis and gently pull it out. Attention: taking out the tick, try not to make sudden movements. Smoothly shaking and twisting, try to gently pull it out without crushing it (when a tick is squashed, a bite of tick-borne encephalitis can be released into the bloodstream). The wound should be treated with alcohol, iodine solution, chlorhexidine or other disinfectant after removing the mite. If it happened that the mite head remained in the body (you will see a black dot at the same time), treat the site with a disinfectant solution, take the needle and remove the head as the splinter normally removes. To remove the tick, you can go to a medical facility. However, one should bear in mind that the prompt removal of the tick reduces the probability of infection of the bitten. If a person has been bitten by an encephalitis mite, emergency preventive measures are used.

Introduction of anti-malignant immunoglobulin. Obtain this drug from the blood of donors that have been vaccinated against CE. Antitussive immunoglobulin is administered to unvaccinated people. Sometimes it is injected and vaccinated - if there were several ticks, or if there was a repeated infection with tick-borne encephalitis virus a month and a half after the first. The feasibility of introducing anti-malignant immunoglobulin in many physicians raises great doubts today. Studies have shown that the administration of immunoglobulin helps prevent the disease in a maximum of 60% of cases. In addition, with the use of immunoglobulin, the risk of side effects is high enough. Caution: Do not use this medication yourself! The risk of such treatment can far outweigh the possible benefits. Yodantipirin is an antiviral drug with immunostimulating action. It is allowed to use in 1996. It is used as a means for emergency prevention of tick-borne encephalitis in adults and adolescents from the age of 14 years. According to studies, the effectiveness of Jodantipyrine is superior to anti-fungal immunoglobulin. It can be freely purchased at a pharmacy and taken with you outside the city. Thus, you can immediately take Yodantipyrine if, despite all precautions, you are still attacked by a tick. The drug is taken in the first two days after the discovery of the parasite of 3 tablets three times a day, then two more days for 2 tablets, also three times a day. Finally, the next five days take one tablet a day. Attention: Yodantipirin is contraindicated in cases of hypersensitivity to iodine preparations. Pediatric anaferon can also help in this case. In the case of a tick bite, children under 12 years of age are given an anaferon tablet three times a day. A child over 12 years old - two tablets. Prophylactic intake of anaferon is discontinued three weeks after the mite is detected on the body of the child. It is important to remember that emergency measures are not effective enough compared to vaccinations against tick-borne encephalitis and do not protect against other diseases that are carried by ticks.