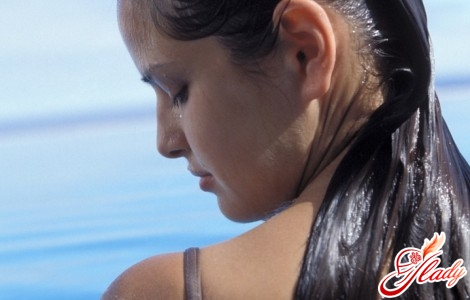 The most miraculous SPA procedures, likerule, natural origin. Mud baths and thalassotherapy are two outstanding examples of these procedures. They help with a variety of diseases of the skin and the entire body as a whole, and also contribute to relaxation, detoxification of the body and the preservation of the health and beauty of the skin. But, if mud baths have been heard and practiced for a long time, thalassotherapy still raises questions, and this procedure for health and beauty deserves the closest attention. After all, life on earth was born in the water. And according to legend, it was from the azure waters of the Mediterranean that the goddess of love and beauty emerged - Aphrodite. The life-giving power of sea water since ancient times not only healed, but also rejuvenated people, although only very recently people came up with this therapeutic power called thalassotherapy.

The term "thalassotherapy" itself was put into circulation inIn 1869 the French doctor De la Bonadier. This word is of Greek origin: "thálassa" is translated as "the sea", and "therapei" is "therapy", that is, in essence, thalassotherapy means "treatment by the sea". Speaking in scientific terms, thalassotherapy is the climatotherapy section, which includes a whole range of climatotherapy procedures, such as staying in the sea air, sun treatment, air baths, and hydrotherapy procedures: sea bathing. Or, simply put, a complex of modern SPA procedures, which is based on the use of algae, sea water and sea air for cosmetic and medicinal purposes - this is thalassotherapy. Sea water is the source of many irreplaceable trace elements, such as iodine, manganese, bromine, selenium, zinc, phosphorus, copper, iron, potassium, sulfur, calcium, magnesium. Seaweed is the main therapeutic component of thalassotherapy, which has an amazing ability to compensate for biologically active substances that are lacking in the human body. It has been estimated that about 150 useful micronutrients include thalassotherapy: reviews of contented women are as numerous and convincing as the impact of all these substances. Today thalassotherapy is widely practiced in the most luxurious resorts in Italy, France, Switzerland, as well as the islands of Bali, Maldives and many others. It should be noted that the modern centers of thalassotherapy do not set as their main goal to cure any diseases, but are primarily aimed at combating stress, chronic fatigue, malnutrition and, of course, aging. One of the advantages of the thalassotherapy complex is also that it can always be combined with a summer vacation at the sea or, for example, to supplement your summer vacation with an autumn or spring thalassotherapy course.

It is even strange that a strong interest inThalassotherapy appeared not so long ago, because this complex is not the present invention of mankind. The healing and juvenile properties of sea air and sea water were appreciated by the ancient Romans and, to a large extent, Romans. It is not without reason that Plato himself wrote that "the sea washes away misfortunes and returns youth." In modern times, the first thalassotherapy was used by the French, who were not indifferent to their appearance. As a result, fashion for thalassotherapy courses soon spread among the entire French elite, and the first spa resorts appeared on the Cote d'Azur. Today, as already mentioned, thalassotherapy has become a very popular SPA procedure, which is available to almost everyone, only in France it will cost more than, for example, in Tunisia. But, unfortunately, not everyone has the opportunity, and even the time to visit the spa-resort, for this compelling reason, cosmetology firms have modified the methods of thalassotherapy. Of course, it is impossible to transfer the sea with its curative climate, but you can concentrate the salts, extracts of algae and deliver sea water. This all in combination with wrapping, massage and hydrotherapy turns thalassotherapy into an affordable procedure for your beauty and health. Enough, visit the nearest SPA center. 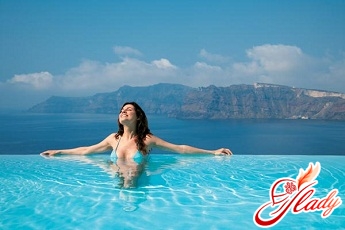 Thalassotherapy is used for:

Thalassotherapy is very popular,when there are courses of beauty "anti-aging". Besides medicinal properties, thalassotherapy is the most pleasant thing in the world. After all, this is more of a beautiful ritual and rest than treatment. You heal and grow younger, even as unnoticed, in a cocoon of algae and therapeutic mud. It all improves and refreshes the skin, strengthens muscles and calms the nerves, and accordingly thinens the silhouette and pushes age, improves the body and even the soul.

Hydrotherapy is the treatment with sea water. Hydromassage and baths have a soothing and relaxing effect. Recommended for varicose veins, cellulitis, puffiness. Different kinds of shower with sea water are recommended for stimulation of blood circulation, removal of cramps and increase of tone. All such procedures are carried out only on the basis of sea water, which is heated to 32-35 °. Algotherapy is a treatment based on mud and seaweed, which are rich in iodine and trace elements and have an antiseptic and analgesic effect. The main procedures: applications from algae, algae wraps, thermal wraps, or thermal wiping, when appliqués are based on essential oils on the whole body and under an electric blanket. Promotes rapid removal of toxic substances from the body. Kinesiotherapy is a therapeutic gymnastics and massage.

The components of the thalassotherapy course with marineseaweed: Seaweed has long won the palm tree among all other anti-cellulite procedures. Since seafood, extremely rich in iodine, positively affects all layers of the skin - the epidermis, hypodermis and dermis - also stimulate the purification of the entire body. One of the modifications of thalassotherapy is wraps, which are used from cellulite. When biomass from algae is applied to problem zones, then the body is wrapped in dense matter. In the process, due to the rising temperature, active substances, iodine, begin to penetrate into the skin. This procedure improves blood circulation, reduces leakage and removes the "orange peel". Thalassotherapy includes such seaweed:

Today algae, as the main preventive andthe therapeutic factor of thalassotherapy, is used ever wider and compensates for all the deficiencies of biologically active substances and microelements that are always necessary for the human body for healthy and active life. Dermatologist Leslie Berman in his book "Solutions for different types of skin" (The Skin Type Solution) writes that the procedure of thalassotherapy is especially useful for sensitive and dry skin: the testimonies of women who have tried them also speak about it. Like Dr. Berman, they confirm that procedures with sea water and algae are good for moisturizing dry skin and relieve any irritation and inflammation. And scientific evidence of the similarity of sea water and blood plasma, the development of techniques for the use of algae and water allow the development of thalassotherapy and for the prevention of disease and skin aging. 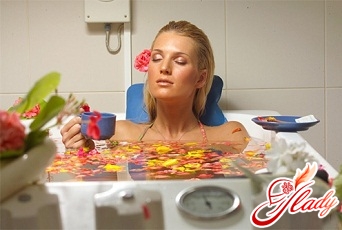 It is considered that it is best to take a coursethalassotherapy in winter and spring. As the "winter" fatigue begins to appear, which occurs due to a short light day, lack of movement and fresh air. But to go to a seaside resort at this time - a dream is not always easy to perform, and it is not always possible to enroll in an expensive beauty salon. Although there is a way out - thalassotherapy at home. Namely, we "deliver" the sea to the apartment, in which the same neighboring pharmacy will help us, in which it is possible to buy peelings, scrubs, etc., which have sea salts in their composition, and cosmetics based on algae and mud. One of the most affordable and simple procedures for thalassotherapy at home are sea bathing, which requires only sea salt and a bath with warm water (37-38 ° C). Of course, do not forget about the sea mud - no less important component of thalassotherapy than salt. "Palm of the championship" in this category has long been given the mineral mud of the Dead Sea, containing magnesium, calcium, potassium, sulfur, iodine, bromine and other healing microelements and minerals. This mud, applied in the form of applications on the skin, creates with it real miracles, making the skin fresh and young: removes toxins and toxins, deeply cleanses, activates the metabolism in the skin, increases its protective properties and tightens, and also eliminates cellulite. For full wraps you need 1 kg of mud, but only for problem areas - 250-600 grams will suffice. Dirt apply to a clean body with a layer of 0.5-1 cm, then cover with a plastic wrap and better wrap in a warm dressing gown or plaid and after 20 minute rest rinse with water. The result will surpass all your expectations! We advise you to read:

Manicure at home - simple and stylish

How to make a beautiful manicure at home?

Manicure with water. What it is?

How to remove pigment spots on the face

Nail care for the beauty of hands

Mask for lips - to guard your beauty